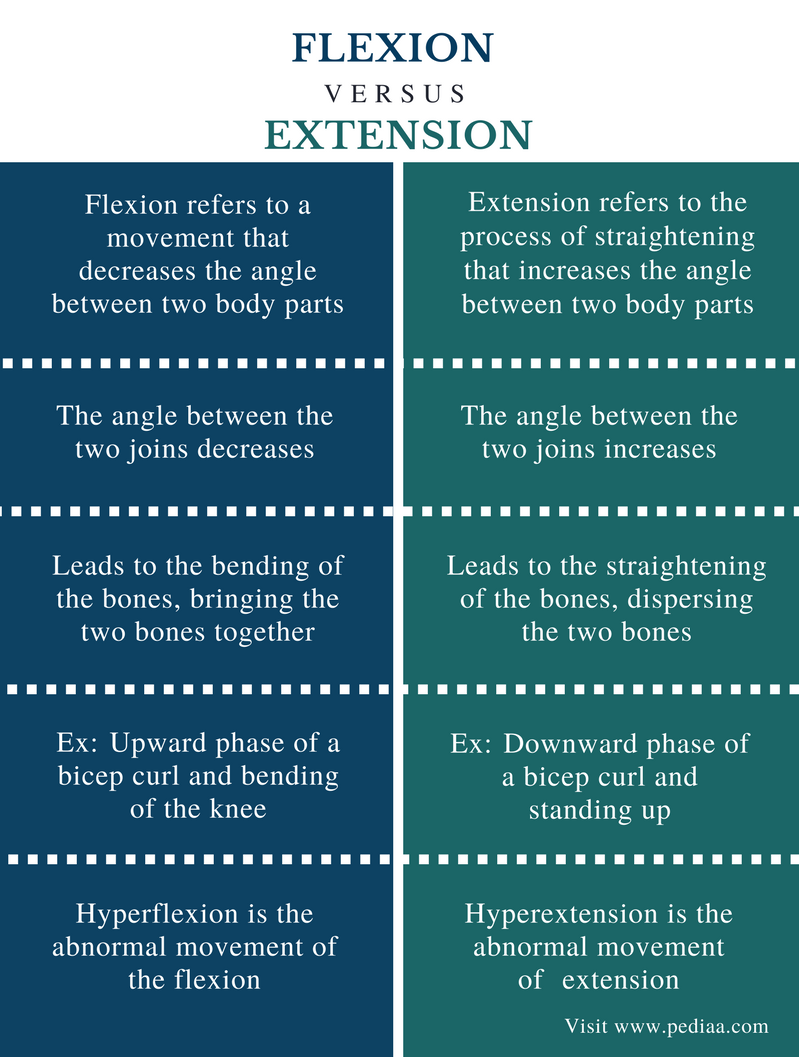 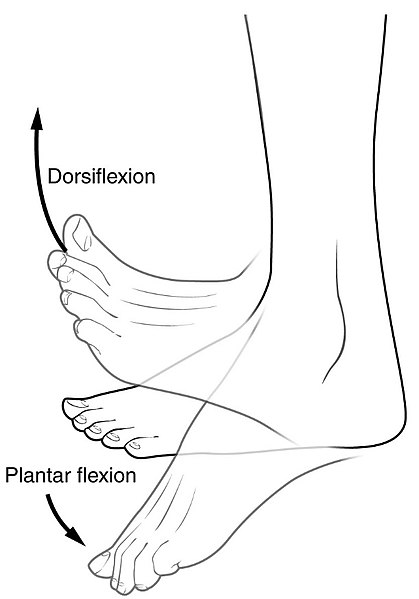 Lateral flexion is bending to the side. The bending of the neck either to the left or right side is an example of lateral flexion.

Extension refers to the process of straightening, which increases the angle between two body parts. Knees are extended when standing up. Most extensions lead to the movements in the posterior direction. For example, the extension of the shoulder or hip moves the arm or leg backward. The flexion and extension of shoulder, knee, and neck are shown in figure 2. 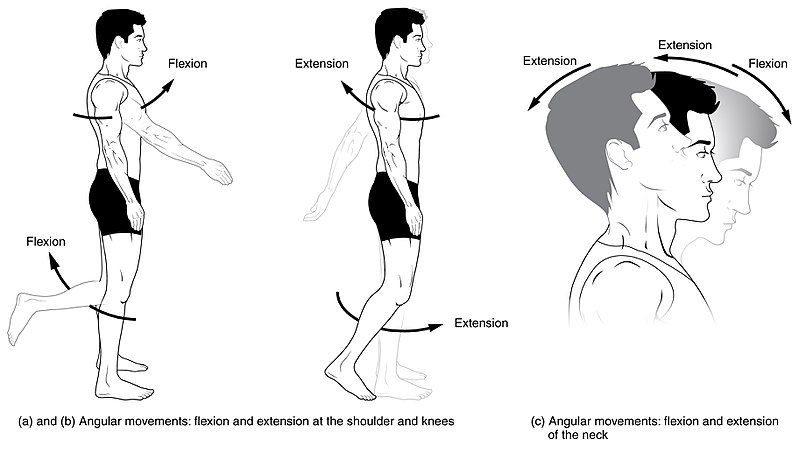 Figure 2: Flexion and Extension of Shoulder, Knee, and Neck

The abnormal motion of extension is called hyperextension. Hyperextension increases the stress on the ligaments of the joints, causing injuries.

Similarities Between Flexion and Extension

Difference Between Flexion and Extension

Flexion: Flexion refers to a movement that decreases the angle between two body parts.

Extension: Extension refers to the process of straightening that increases the angle between two body parts.

Flexion: The angle between the two joins decreases during the flexion.

Extension: The angle between the two joints increases during the extension.

Flexion: Flexion leads to the bending of the bones, bringing the two bones together.

Extension: Extension leads to the straightening of the bones, dispersing the two bones.

Flexion: Upward phase of a bicep curl and bending of the knee are examples of flexion.

Extension: Downward phase of a bicep curl and standing up are examples of the extension.

Flexion: The abnormal movement of flexion is hyperflexion.

Extension: The abnormal movement of extension is hyperextension.