In a very general sense, fuchsia and hot pink can be described as different shades of pink. Fuchsia is often described as reddish purple or purplish red and is very similar to magenta. Hot pink is a shade between light pink and dark pink, which is less bright than fuchsia. The main difference between fuchsia and hot pink is their brightness; fuchsia is brighter and louder than hot pink.

3. What is the Difference between Fuchsia and Hot pink? 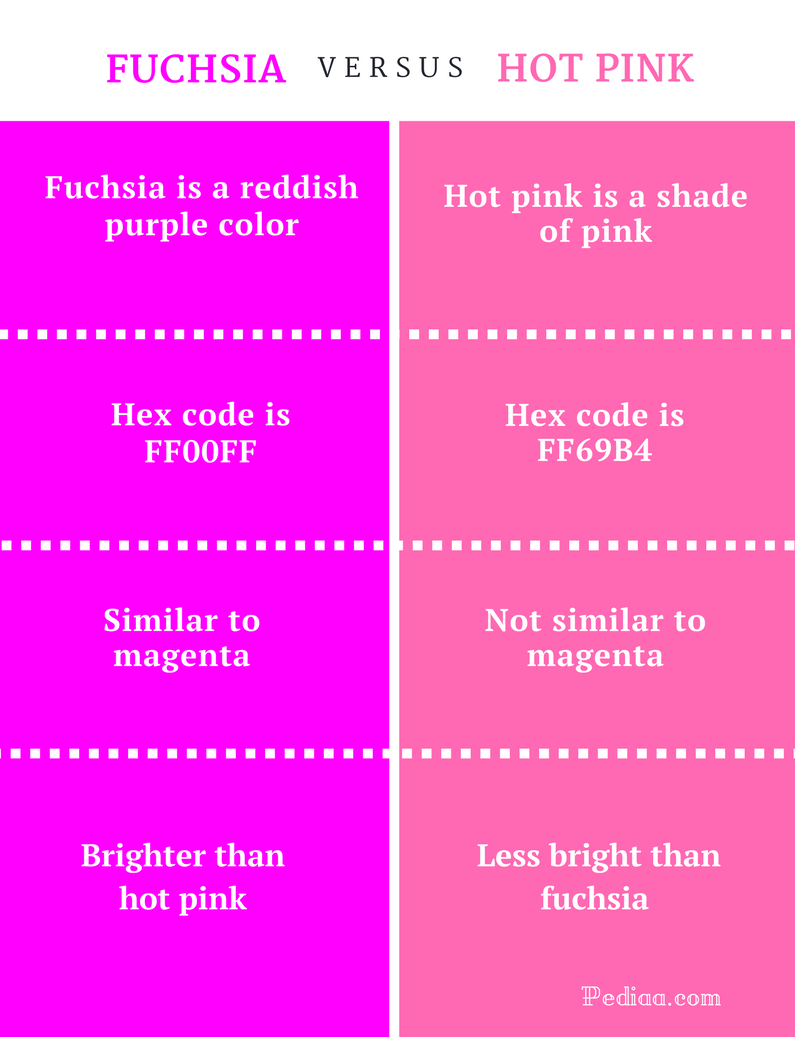 Fuchsia is a reddish purple color, named after the flower of the fuchsia plant. The plant fuchsia took its name from the botanist Leonhart Fuchs. This color also has different variations such as deep fuchsia, pale fuchsia, antique fuchsia, fashion fuchsia, fuchsia rose, etc.

Fuchsia has the exact same color as magenta when it is created digitally. It has the hex number of FF00FF.  However, fuchsia has a strong purplish tint and magenta has a more reddish color in print and design work. Furthermore, the first synthetic dye for this color was invented in 1859, but it was later renamed as magenta.

According to color psychology, fuchsia inspires confidence, assurance, and maturity. It is indicative of a responsible and controlled nurturing and love. 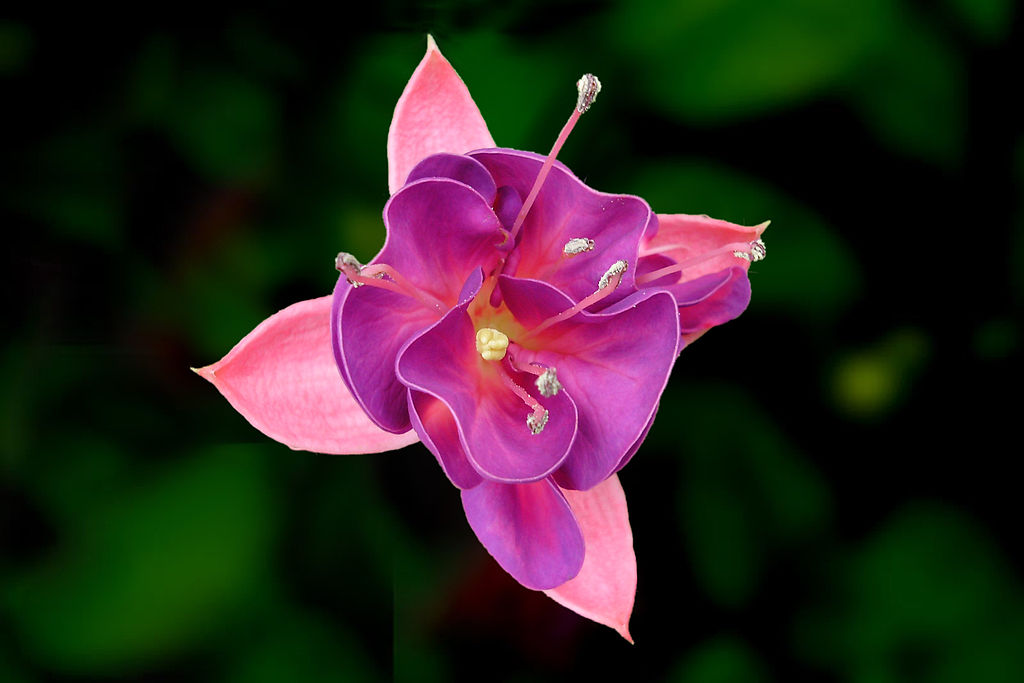 What is Hot Pink

Hot pink is a shade of pink. It’s a shade between light pink and dark pink. This color can be made by adding two parts red, one part blue and one part violet, with white. Its hexode is FF69B4.

Hot pink is often seen as a delicate and feminine color. The pink triangle, which is usually rendered in hot pink, has been a symbol of gay rights and gay pride since the 1970s. According to color psychology, hot pink exudes warmth and happiness and inspires playful and sensual love. 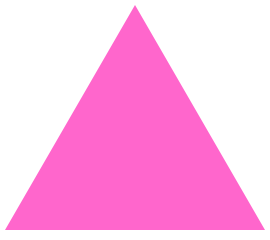 Difference Between Fuchsia and Hot Pink

Fuchsia is a reddish purple color.

Hot pink is a shade of pink.

Fuchsia has the hex code of FF00FF.

Fuchsia and magenta are considered to be very similar.

Hot pink is not similar to magenta.

Fuchsia is brighter than hot pink.

Hot pink is not as bright as fuchsia. 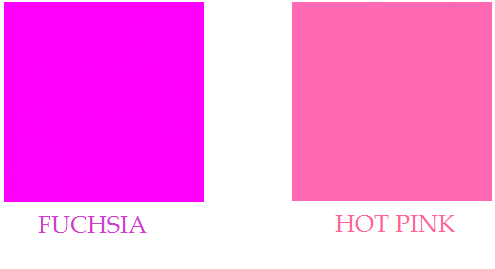