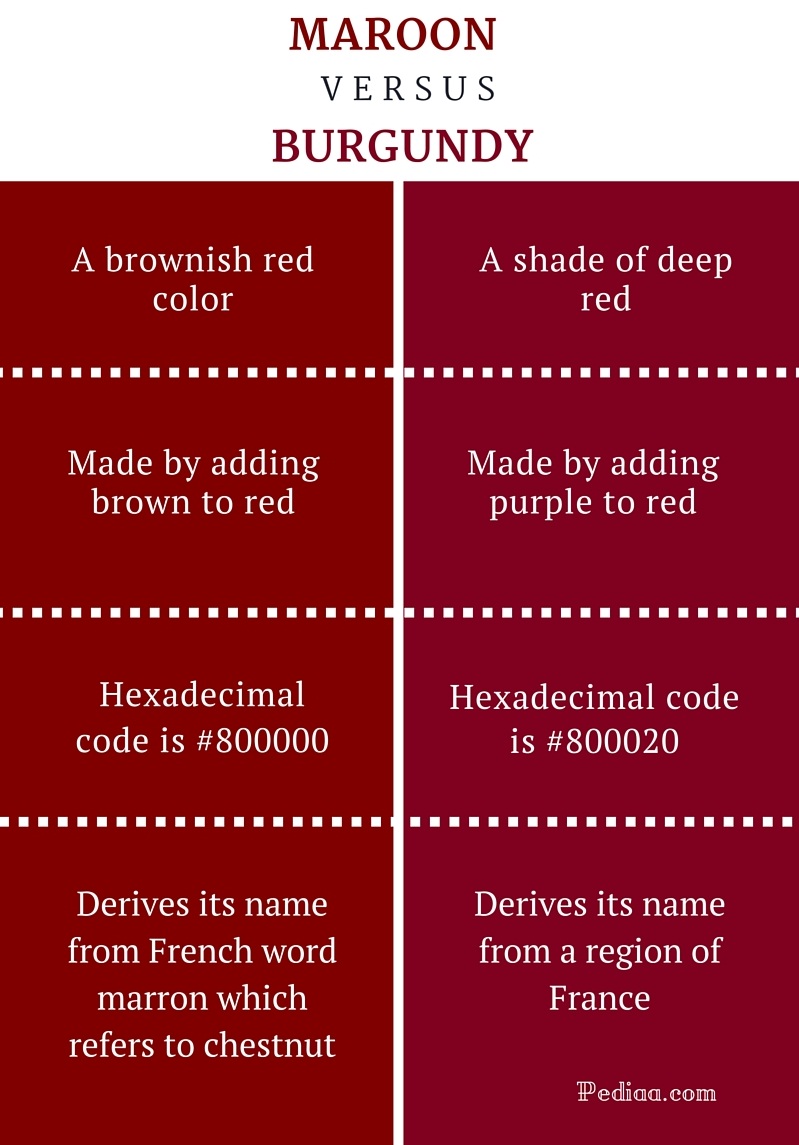 Maroon is a brownish red color. It is made by adding brown to the primary color, red. The term maroon is derived from the French word marron, which refers to chestnut. In the hexadecimal notation system, maroon is given the hexadecimal code #800000. According to color psychology, maroon indicates controlled and more thoughtful action.

Burgundy is a shade of reddish brown. The color burgundy is created by adding purple to red. The name burgundy actually comes from the Burgundy wine, which is named after a region in France. Therefore, when refereeing to the color, burgundy is not usually capitalized. This color has the hexadecimal code of #800020. Old burgundy is a darker shade of burgundy.

Burgundy is also a very popular shade in lipsticks; it is also a commonly used color for bed sheets and pillow cases. According to color psychology, burgundy is less sophisticated, serious, and less energetic than true red. This color also indicates controlled power, dignified action, and determined ambition. It is often favored by the wealthy.

Difference Between Maroon and Burgundy

Maroon is a brownish red color.

Burgundy is a shade of reddish brown.

Maroon is made by adding brown to red.

Burgundy is created by adding purple to red.

Maroon derives its name from French word marron which refers to chestnut.

Burgundy derives its name from a region of France.