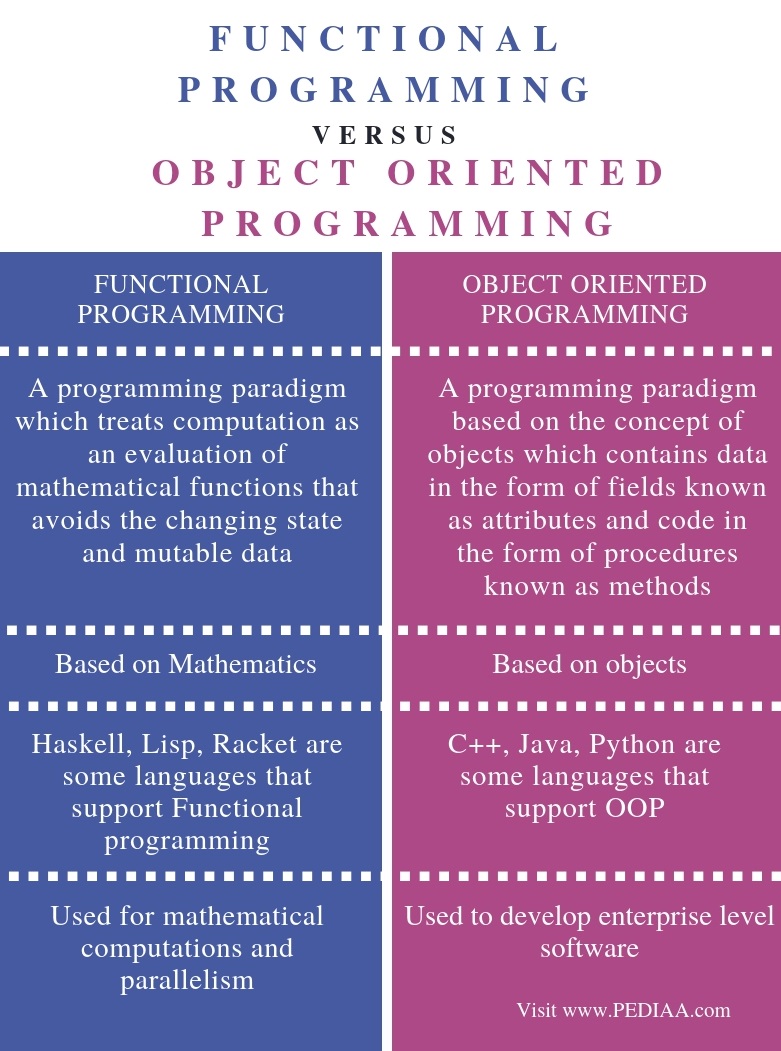 What is Functional Programming

Moreover, functional programming uses mathematical expressions. Additionally, the output value of a function depends on the arguments that are passed to the function. These functions map the inputs to the corresponding outputs.  For example, assume a function f(x) = x * x. The input 1 maps to output 1 while the input 2 maps to output 4, and input 3 maps to output 9.

What is Object Oriented Programming

Object-oriented programming paradigm allows developers to model real-world scenarios using objects. In other words, an object is an entity; a class creates an object. Therefore, the class defines the states and behaviors that should exist in an object. We also call states as properties, data or attributes. Moreover, methods is another name for behaviors. The objects pass data between them using methods. All other object-oriented programming concepts are based on objects and classes. 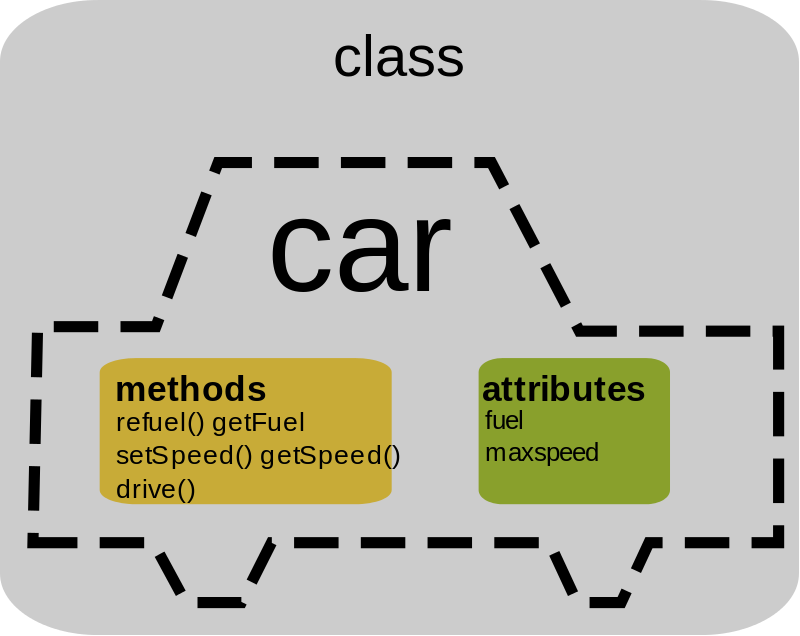 There are four major pillars in OOP. They are as follows.

Encapsulation – It helps to combine data and methods into a single unit.

Inheritance – It allows using the already existing code without writing from the beginning.

Polymorphism – It denotes the ability of an object to take multiple forms.

Abstraction – It hides the implementation details and displays only the functionality to the user.

Overall, OOP provides multiple advantages. It helps to maintain the code, allows code reusability, minimizes the code complexity and also helps to build software applications. Moreover, it is one of the most popular paradigms used in industry level software development.

1.” Showing the main components of a class” By Pluke – Own work (CC0) via Commons Wikimedia