Great Britain is an island in the North of Atlantic Ocean, off the north-west coast of continental Europe. It is situated in the east of Ireland and northwest of France. Great Britain is the largest island in Europe and the ninth largest island in the world. It has an area of 80,823 square miles. England, Wales, and Scotland are on this island. England is in the southeast part of the island whereas Wales in the Southwest and Scotland is in the north. The surrounding islands that are part of England, Wales and Scotland are also considered as the territory of Great Britain. 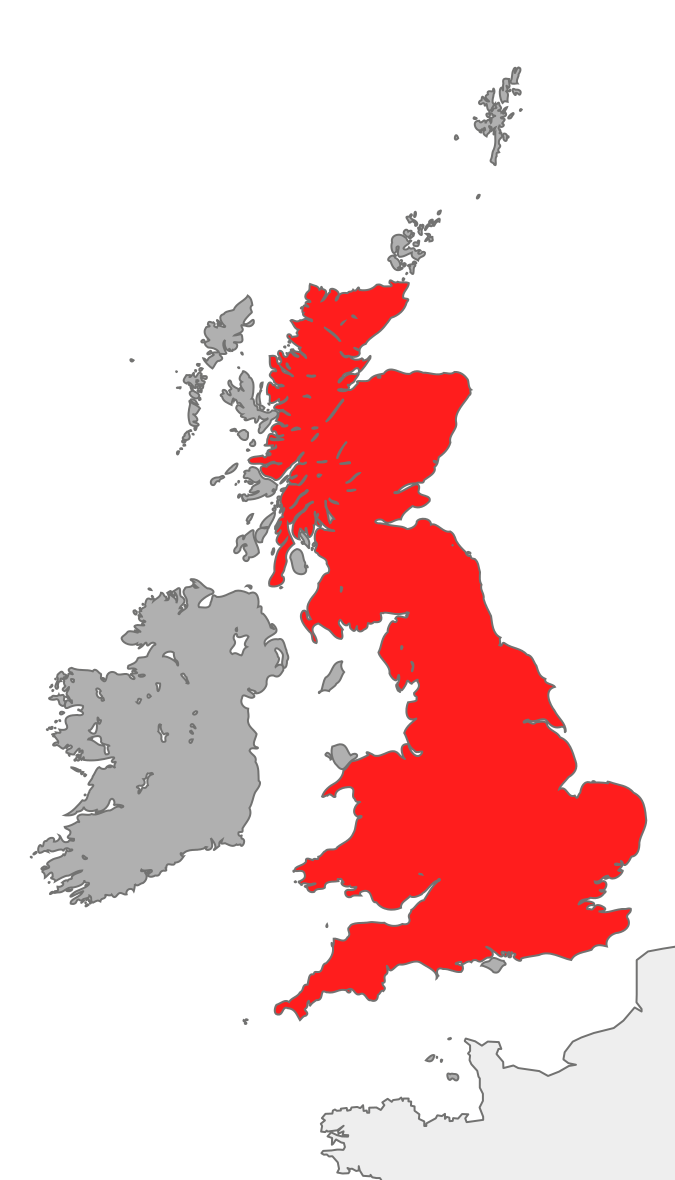 What is United Kingdom

Wales was annexed to England in the 16th century whereas Scotland was officially united to England in 1707 although they have been ruled by the same monarch since 1603.  The union of these three territories – England, Wales, and Scotland – is known as the Great Britain. In 1801, the kingdom of Ireland merged with Great Britain to form the United Kingdom of Great Britain and Northern Island. But in 1922, the Irish Free State broke away from this union. At present only northern Ireland is a part of the United Kingdom. The united kingdom also has fourteen overseas territories, which are remnants of the British empire. 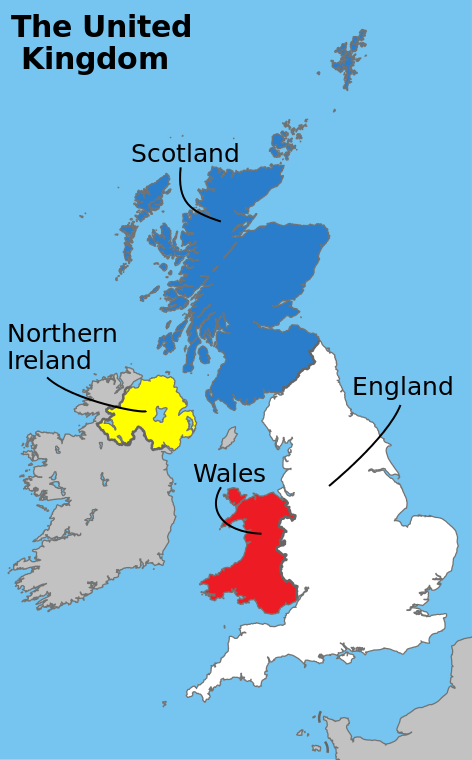 Great Britain is an island.

United Kingdom is a country.

United Kingdom consists of England, Scotland, Wales and the northern part of Ireland.

Great Britain is used in a geographical sense.

United Kingdom is used in a political sense.

Great Britain has no overseas territories. 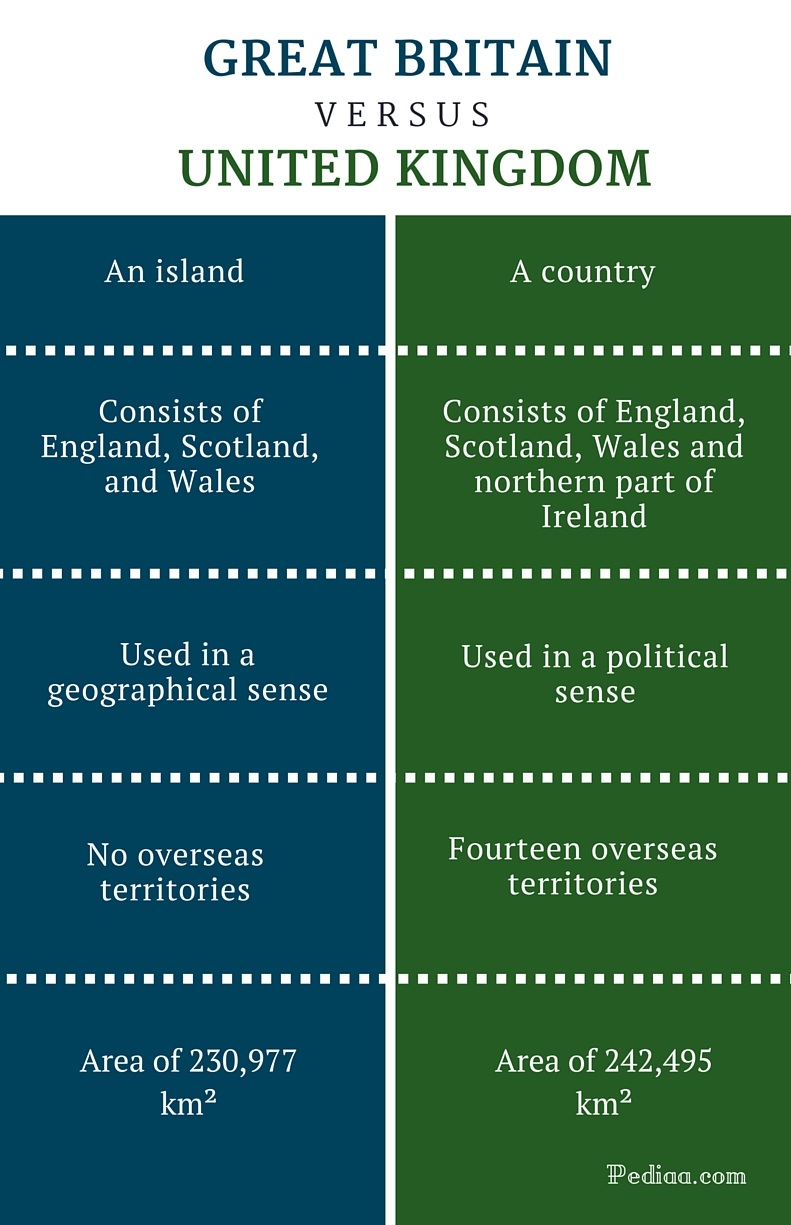