The main difference between Commonwealth and State is that the Commonwealth refers the intergovernmental organisation of 53 member states that are mostly former territories of the British Empire while State refers to a politically organized body of people usually occupying a definite territory, which is sovereign.

Commonwealth is traditionally known as a unity of specific nations or states in the world under one goal or aim. On the contrary, the state is a sovereign territory, under the independent control of the government. Nevertheless, there is still confusion among people whether ‘commonwealth’ and state mean similar things, especially when it comes to the four United States that use the term ‘commonwealth’ in their names. This article will clear your doubts regarding that. 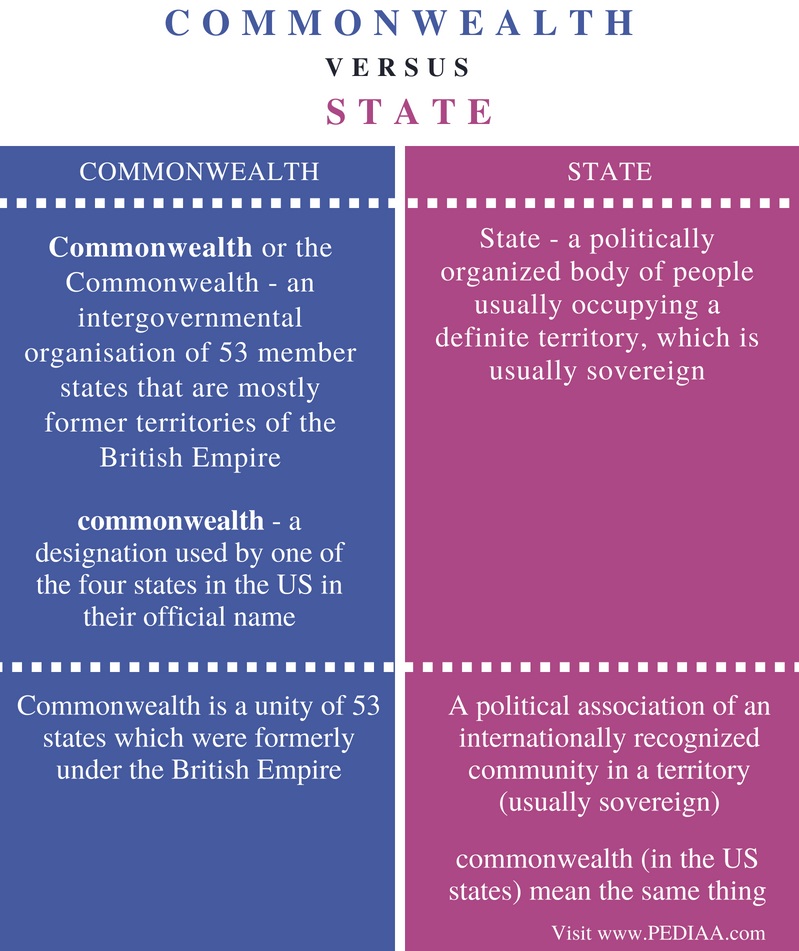 What is a Commonwealth

The Commonwealth refers to the intergovernmental organization of 53 member states that are mostly former territories of the British Empire. However, ‘commonwealth’ also refers to “an independent state or community, especially a democratic republic” (especially with regard to the US and several other states).

The first use of the word Commonwealth, “Commonwealth” also known as ‘The Commonwealth” or the Commonwealth of Nations” comprise of 53 former colonies of the British Empire such as Australia, Bangladesh, Canada, Dominica, Ghana, India, Kenya, Sri Lanka, Pakistan, etc. 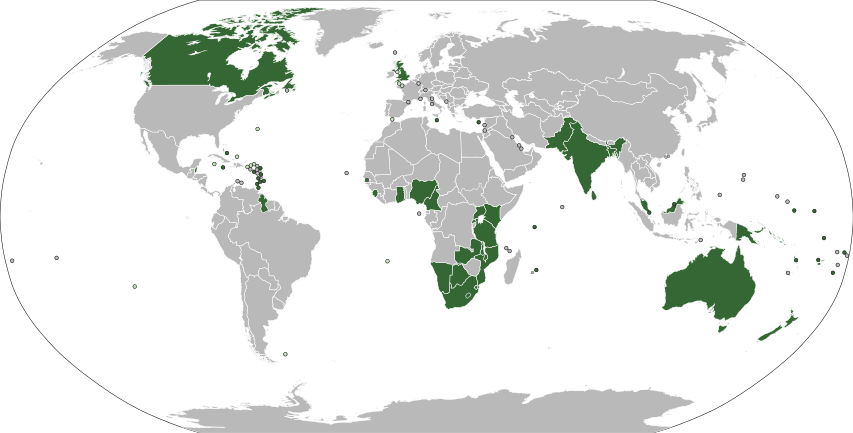 Moreover, the membership in the Commonwealth is voluntary; therefore, not restricted only to the former colonies. This is evident from the recently joined two members to The Commonwealth: Mozambique and Rwanda who share no historical tie to the British Empire. 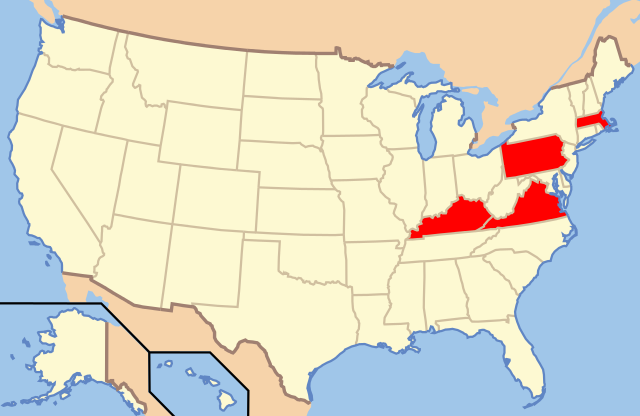 The second usage as ‘commonwealth’ essentially refers to a state since this term is used as a designation to refer to one of the fifty states in the United States. There are four states that have adopted this term ‘commonwealth’ into their official name. These states are namely, Pennsylvania, Kentucky, Virginia, and Massachusetts. In these states, the term ‘commonwealth’ appears in their full state name and in their legal documents such as the state constitution.

Furthermore, Peutro Rico is also referred to as a commonwealth; this depicts a location that is voluntarily united with the U.S.

Hence, when the term commonwealth is used to refer to one of these US states, there is no difference between what is defined as a state and a commonwealth. The distinction comes merely in their name alone.

What is a State?

A state may be defined as a “politically organized body of people inhabiting a defined geographical entity with an organized, legitimate government”. In brief, the state is an “a politically organized body of people usually occupying a definite territory, which is usually sovereign”. Thus, a state is a political association. This political organization essentially has a centralized government that maintains a monopoly of the legitimate use of force within the particular geographical territory. This typically renders it the status of sovereignty.

Therefore, one state is distinguished from another from its own independent structure of political authority, and its attachment to separate physical territories. Moreover, for a certain community living in a certain geographical territory or a political community to attain the status of a ‘state’, there are several requirements or qualifications they should fulfill. Thus, according to the Montevideo Convection (1933) of the International Law, there are four basic requirements to be a state such as: 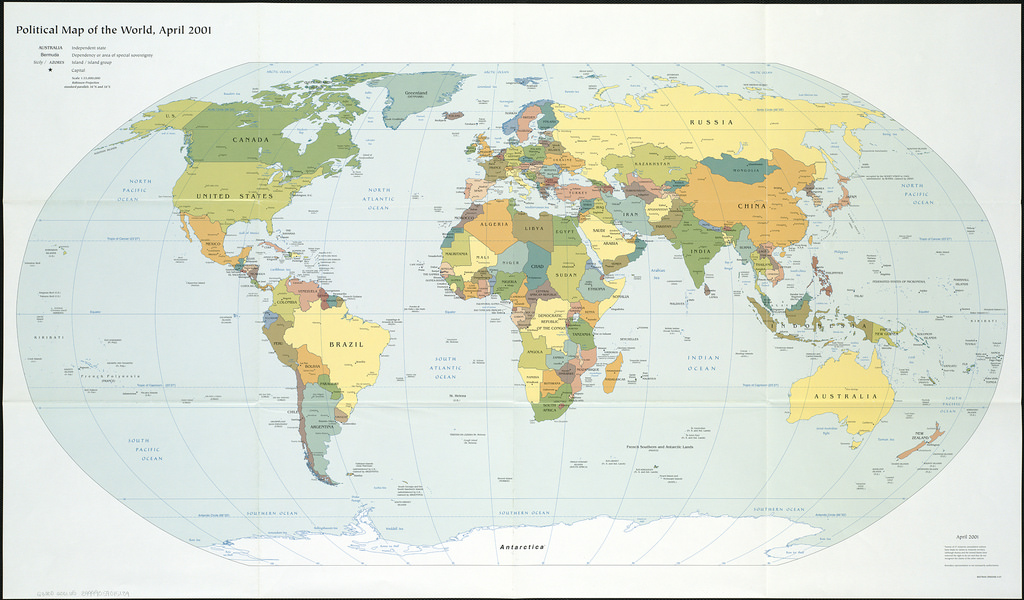 In addition to these basic qualifications, sovereignty is also regarded as a requirement though not mentioned originally in the convention. However, the concept of sovereignty is still under dispute in the international stage. Nevertheless, at present, there are approximately 195 sovereign states in the world.

Difference Between Commonwealth and State

Commonwealth or The Commonwealth is an intergovernmental organisation of 53 member states that are mostly former territories of the British Empire. However, the term commonwealth is a designation used by one of the four states in the US in their official name. State, on the other hand, is a politically organized body of people usually occupying a definite territory, which is usually sovereign.

While Commonwealth or The Commonwealth is a unity of 53 states which were formerly under the British Empire, state is a political association of an internationally recognized community in a territory (usually sovereign). Therefore, commonwealth (in the US states) mean the same thing.

Further, Commonwealth states have varied government forms among themselves even though they are united for one goal.

The government within a state is unanimously accepted by its people. Similarly, commonwealths as most US states have republic government forms.

The two terms Commonwealth and state confuse a lot of people since the term ‘commonwealth’ refers to one of the four states in the US. Yet it should be noted that, in this case, the commonwealth (written with the simple ‘c’) is used instead of ‘Commonwealth’. Thus, Commonwealth typically refers to the union of the 53 states which were formerly under the British Empire. This is the difference between Commonwealth and State.