The main difference between hazard and disaster is that hazard is a dangerous situation or event that poses a threat to humans while disaster is an event that actually harms human’s life, property and thus disrupts social activities.

Therefore, a hazard can lead to a disaster that will completely disrupt the life conditions of the victims. However, both hazard and disaster bear potential threat to humans since both can result in loss and damage to life and property. A disaster is more critical in nature than a hazard, which might turn into a disaster in extreme circumstances. 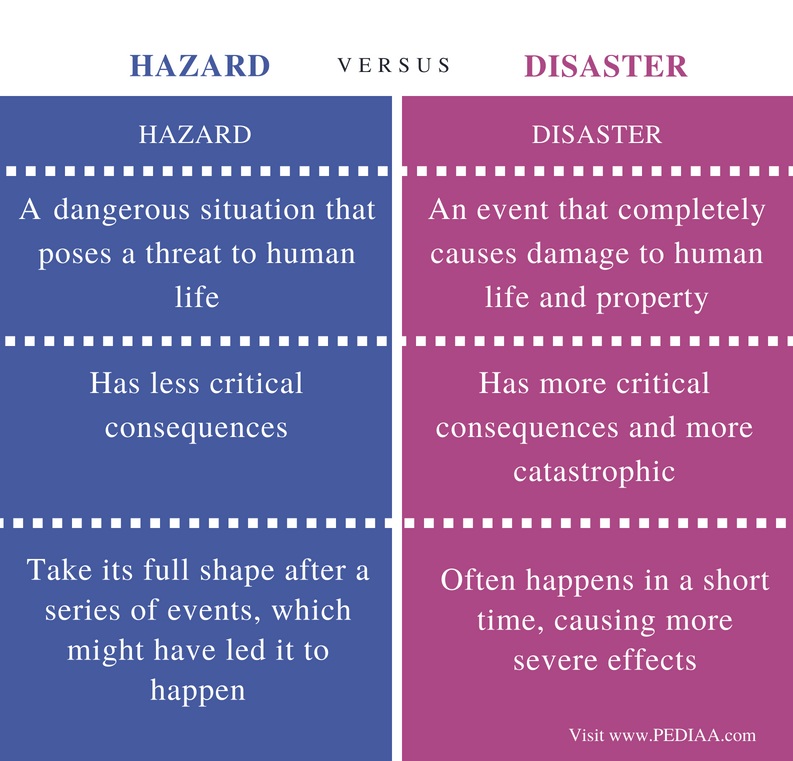 What is a Hazard?

Hazard is a general occurrence that is risky or dangerous to the affected people. Therefore, they are naturally occurring situations in the world, which cannot be avoided. Furthermore, they pose a threat to our lives.

Based on their severity and the place of occurrence, hazards can be classified as disasters or not. Hazards have the potential to disrupt the living conditions of the humans; however, necessary precautions to avoid dangerous results can be taken before the hazard aggravates into a disaster.

Therefore, it can be assumed that hazard can also be a precursor to a disaster. Therefore, we can avoid the worse outcomes of a disaster that might follow a hazard if we take good disaster management steps.

What is a Disaster

However, an occurrence like a tornado in an uninhabited area will be termed as a hazard, and not as a disaster since though it still has destructive properties. This is because even though the severity of the tornado is still there, it did not cause any damage or loss to human life and property as it occurred on an inhabited area. 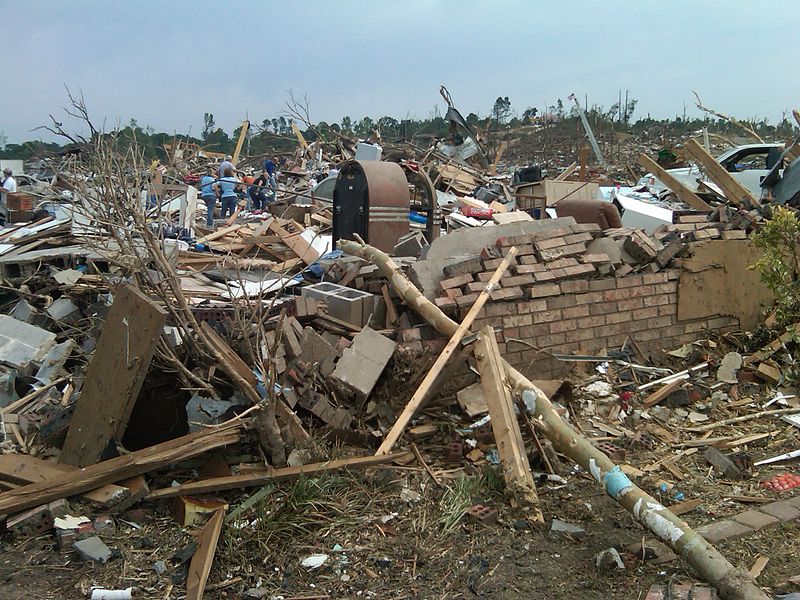 Figure 02: Complete Destruction to Life and Property after a Tornado in a Densely Populated Area

Similarly, think of sudden catastrophic events like a sudden wildfire in a densely populated area that completely results in loss of life and property, eventually disabling the whole social operations. In this case, this event is termed as a disaster.

Since disaster completely disrupts the whole operations of the affected areas, poor and developing countries suffer a lot when affected severely by disasters. Moreover, many people argue that disasters are the consequence of inappropriately managed risk.

Similarity Between Hazard and Disaster

Both hazard and disaster can cause dangerous results to the affected victims.

Difference Between Hazard and Disaster

Hazard is a dangerous situation that poses a threat to human life while disaster is an event that completely causes damage to human life and property.

Disaster has more critical consequences when compared to the threats to the humans from a hazard. Therefore disaster is more catastrophic in nature than a hazard

Disaster happens most often in a short time, thus making more severe while hazard will take its full shape after a series of events, which might have led it to happen. Therefore, necessary precautions can be taken to avoid the negative consequences of a hazard.