1. What is a Homopolymer?
– Definition, Formation, Structure and Characteristics

2. What is a Copolymer?
– Definition, Formation, Structure and Characteristics

3. What is the difference between Homopolymer and Copolymer? 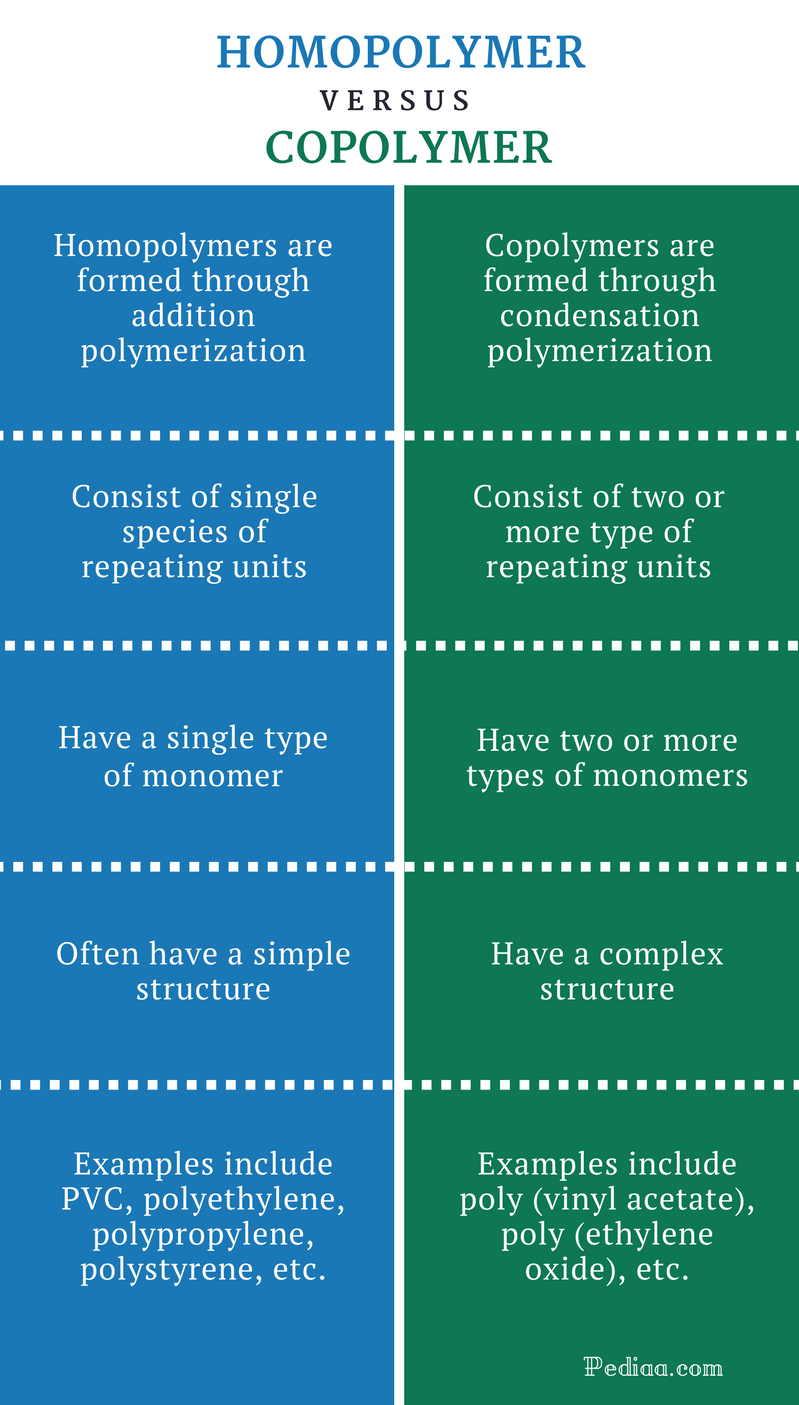 What is a Homopolymer

What is a Copolymer

Structure of the condensation polymerization between Formaldehyde and Phenole to Bakelite

Difference Between Homopolymer and Copolymer

Copolymers consist of two or more type of repeating units.

Homopolymers have a single type of monomer.

Copolymers have two or more types of monomers.

Homopolymers usually have a simple structure.

Copolymers have a complex structure.

Homopolymers are formed through addition polymerization.

Copolymers are formed through condensation polymerization.