Export and import are essential phenomena in the international economy. Both these trading processes directly affect the economy, facilitating the economic advancement in a country and the world as a whole. 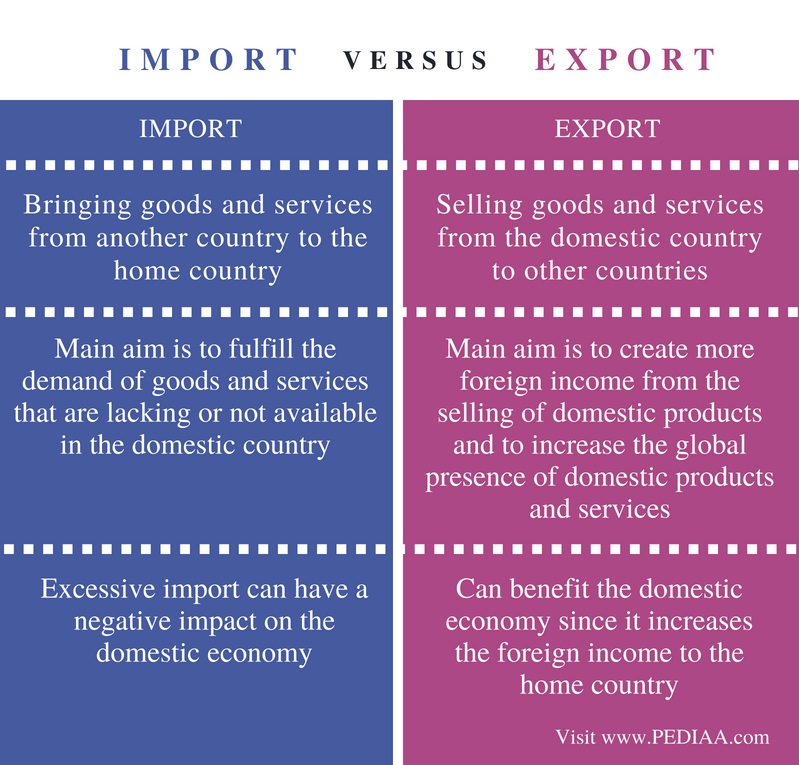 When a particular country does not have a particular good or resource, it is necessary to import that good or resource from another country. Most countries import raw materials or commodities that are not available within its borders. The best example of this is how a lot of countries import oil from the Middle Eastern countries. Therefore, the beneficial party in imports is the party that exports those products.

Similarly, for a country to import these goods and services, it has to spend its financial assets. So if a country imports more than it exports it runs a trade deficit. In other words, if the value of a country’s imports exceeds the value of its exports, the country has a negative balance of trade. 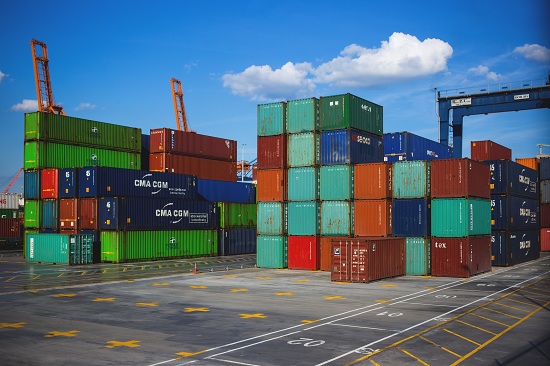 Excess imports not only create a trade deficit, but it also impacts the decrease in the manufacture of these same goods in the domestic country. Moreover, since free trade opens the ability to import goods and materials from cheaper production zones, it results in the reduction of the reliance on domestic goods.

As a consequence, it also creates a major vacuum in the domestic job market. As cheap labour can be obtained from other countries, the unemployment of the residents will eventually increase. Thus, there should be a balance in import and export procedures in a country in order to create a beneficial economic status to its citizens.

Export, on the other hand, is sending goods or services to another country for sale. As a result, it brings in the foreign income to the domestic country. The sale of such goods adds to the producing nation’s gross output. For example, when a country manufactures excess of some products or if it has more natural resources like oil, that country can sell them to other countries and obtain an extra income.

A lot of developed countries in the present world benefit greatly from the export of their products and services to other countries. Take, for example, China, which has presently become the highest exporting country for products in the world. As a result, China has developed its self-sufficiency and has overcome the issue of employment and economic inflation.

Similarly, most companies try to export their products since the more they export, the greater their competitive advantage. That’s because they gain expertise in producing goods and services. Moreover, they also gain knowledge about how to sell to foreign markets.

Furthermore, one of the fundamental functions of diplomacy and foreign policy between governments is also to foster economic trade for the benefit of all trading parties.

Difference Between Import and Export

Effect on the Domestic Economy

Both import and export are significant procedures in the international trade. With the development of the free market trade, many countries in the present world engage in both import and export. In brief, the basic difference between import and export is that import means the buying of goods and services that are either unavailable or inadequate in the home country from other countries while export means the contrary; selling of goods and products of the home country to the other countries. However, an excess of import is not advantageous to a country while more of export is more advantageous to a country.