These two days are public holidays in a country. Citizens of a country commemorate the independence movement, and the historical struggles underwent to obtain the present sovereign status of the particular country on these days. It is also noteworthy that though these two days share a common ground for celebrating the sovereign status of a country, there are differences in their meanings. 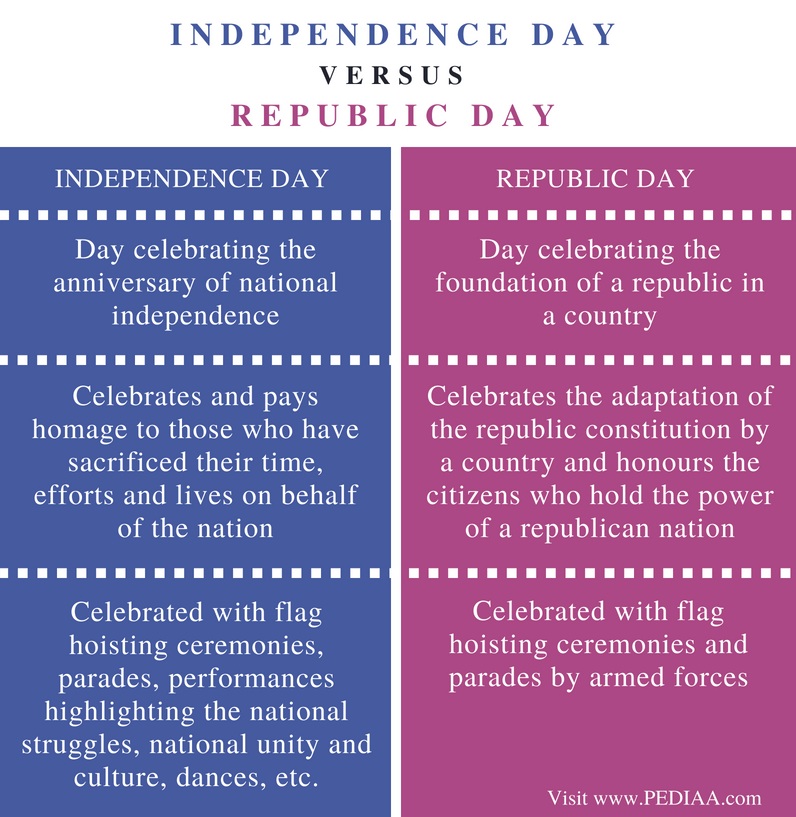 What is Independence Day

Independence refers to the day celebrating the anniversary of national independence, i.e., gaining the international recognition of being free from the control of another nation. In other words, this highlights the historic day when countries which were once colonies gained their sole rule or the independence from the other colonizer country that ruled it. Therefore, this is declared a public and a national holiday in a country.

This day is dedicated to commemorating the national movements and national struggles initiated to attain the independence of the country. This day reminds its citizens of the bravery and grit of freedom fighters who fought valiantly and gave their lives for the cause of the national freedom. It is on this day a country has gained its recognition of being an independent, autonomous state in the world. This day is usually celebrated with parades, oratory, and toasting in ceremonies, highlighting the independent struggles, showcasing birth of the newly independent nation and invoking the patriotic sentiments in the citizens. 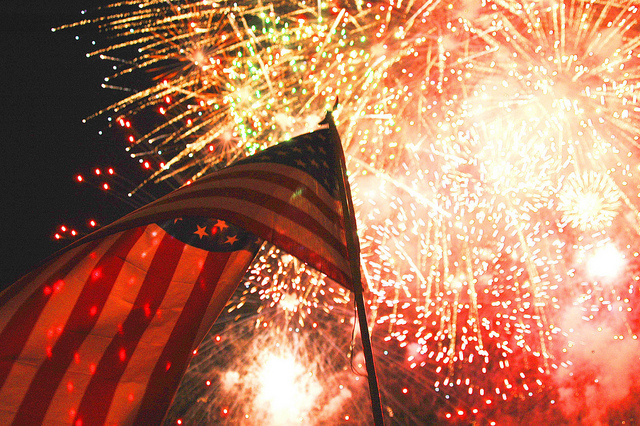 Similarly, not all countries in the world celebrate this day since not all countries were colonized or under foreign rule in the history. Moreover, this day differs according to the country. For example, some dates of the independence days in several countries are as follows

United States of America – July 4th (1776 from the British Empire)

What is Republic Day?

Republic day basically refers to the day when a country has adopted its government form of being a republic. This happens when the constitution of the particular nation adopts the political status of being a republic, thus declaring the nation as a Republic, indicating the day when a country’s constitution comes into force. Therefore, in a way, this confirms the legal status of a country with a well-defined government system.

A republic refers to the form of government where the supreme power is held by its people to elect their desired representatives as the leaders to rule the country. Therefore, this day honours the citizens of the particular country for their contribution to declaring it a republic. Moreover, this day highlights the contributions of the republic to the nation and also pays tribute to the services provided by the government in maintaining the nation. 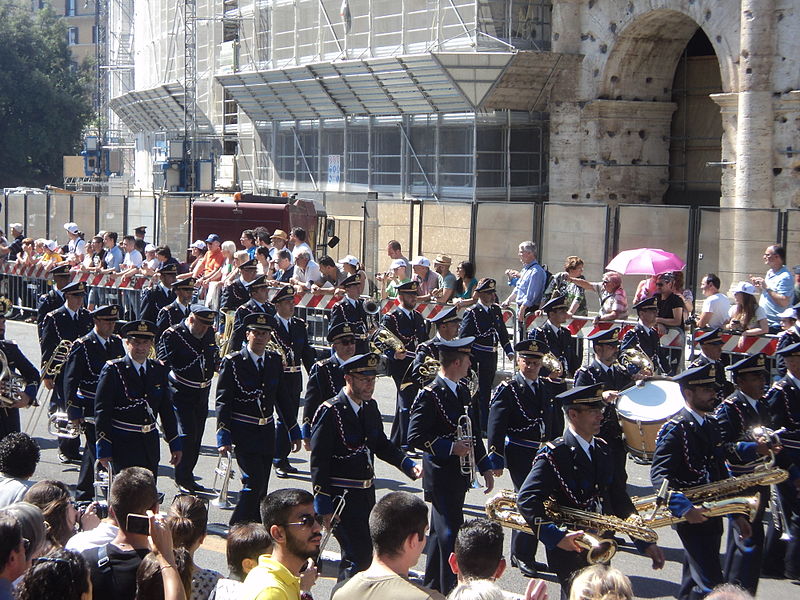 Moreover, not all countries have both these days since some countries only celebrate one day of these two days. Out of the countries that celebrate this republic day, some count this day as a national holiday while the others count this as a normal working day. Furthermore, several countries also use other names such as National Day or Proclamation Day etc. to signify this day.

Independence day is a day that celebrates and pays homage to those (Martyrs, soldiers etc.) who have sacrificed their time, efforts and lives on behalf of the nation. Hence this day values the independence struggles that helped to gained freedom. On the other hand, republic day celebrates the adaptation of the republic constitution by a country and honours the citizens who hold the power of a republican nation.