Iron and Steel are two different kinds of material, yet iron is the main component in Steel as well. The main difference between iron and steel is that iron is an element whereas steel is an alloy of iron. Both these materials are extensively used in the production of various objects at industrial scale. Steel was actually an improvement introduced to make the usage of iron more desirable and lasting. Rust resistance quality was a key factor that was taken into account here. However, not all types of steel exhibit this quality; the steel that displays this property is called ‘stainless steel.’

Iron is a popular element as it is abundant on earth. In the periodic table, it is categorized under the ‘d block’ elements, as it has its valence electrons in the ‘d’ shells as well. Therefore, Iron is generally termed as a transition metal. The atomic number of Iron is 26. This means that it is the 26th element in the periodic table by weight. And its electronic configuration is; 1s2 2s2 2p6 3s2 3p6 4s2 3d6. By looking at the electron configuration of Iron, it is clear that it has 6 ‘d’ electrons. When Iron forms ions, it settles in two main oxidation states; +2 and +3. Compounds in the oxidation state +2 are called Ferrous compounds and compounds in the oxidation state +3 are called Ferric compounds. This nature of having multiple oxidation states is common among the ‘d’ block elements.

When Iron forms +2 oxidation state, it only removes its 4s2 electrons. But in the formation of Ferric ions, both 4s and 3d electrons are removed. In general, depending on the final electron configuration, Ferric ions are more stable in air than the Ferrous ions. However, Iron is susceptible to rust. Due to the presence of moisture and oxygen in the air, the iron element easily gets oxidized and forms Ferrous Oxide, and further oxidation would result in Ferric Oxide, which is a dark brown flaky substance which is referred to as ‘rust’. Iron forms many stable compounds and the ore of the metal is been used for various industrial applications. However, iron is ductile and less in strength for some application needs. Therefore, improvements in the metal’s properties were addressed, and Steel was born as a result. 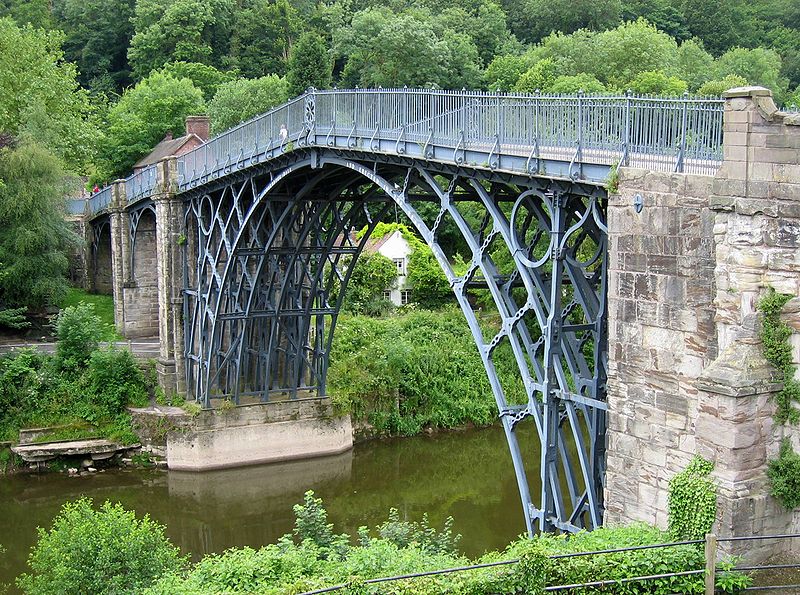 Steel differs from Iron as it is an alloy and not an element. An alloy is a mixture of different metals or a metal mixed with another element. Steel is made by mixing a small percentage of Carbon with Iron. The Carbon content usually doesn’t exceed 2.1% by weight. The presence of Carbon gives strength to Steel than just plain Iron and becomes more applicable to varied uses. However, higher the Carbon content used, the more brittle the Steel would be.

Steel also possess other alloying elements such as Chromium, Nickel, and Manganese. These elements are added in order to prevent Steel from rusting. What happens here is that, instead of Iron getting Oxidized, Chromium, which has a lower oxidation potential, gets oxidized protecting the iron. Therefore, Steel remains shining for a lot longer. 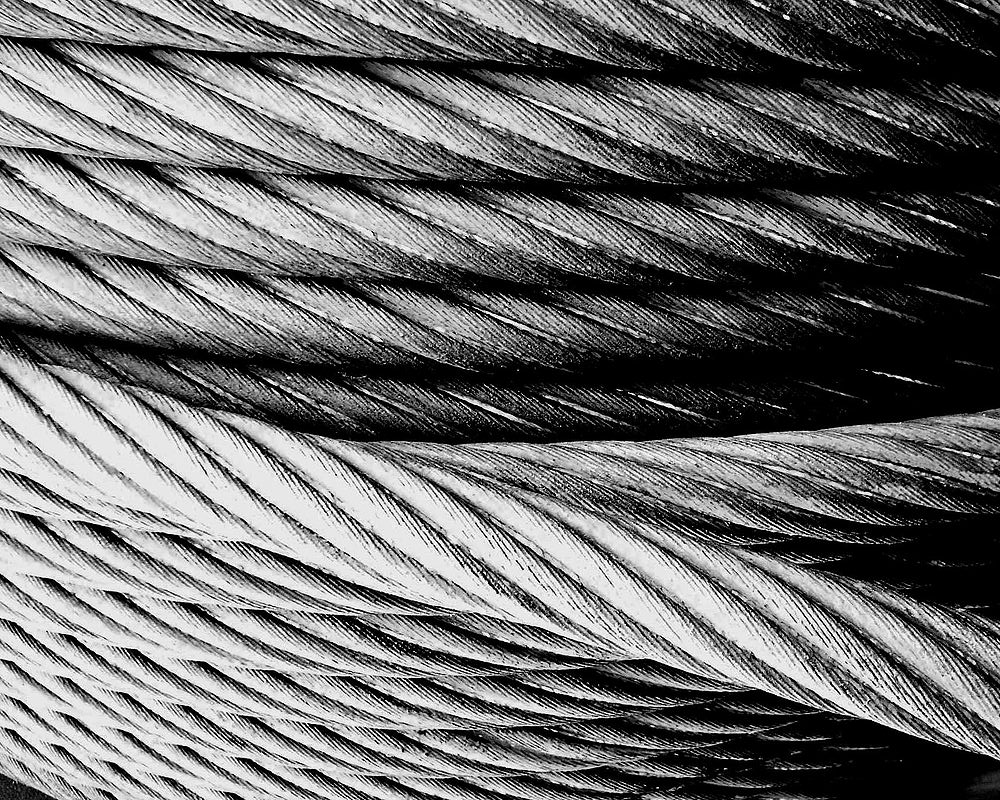 Difference Between Iron and Steel

Iron is a pure element.

Steel is an alloy where Iron is the main component.

Iron gets oxidized easily to form rust, and the shine doesn’t last long.

The alloying elements in Steel protect it from getting rusted; thus, the shine lasts longer.

Iron is an element in itself.

Steel is mainly made up of Iron and Carbon, and it also contains percentages of elements such as Chromium, Nickel, etc.

Iron is not as strong as Steel and is less brittle.

The addition of Carbon to Steel makes it stronger than Iron. However, it also tends to make steel brittle.

Iron is used for some applications; however, is not used in finished products and structures where a lot of strengths is required. Therefore, the usage of Iron as a pure metal has reached a limit.

Most of the uses of Iron have been replaced by Steel as it possesses many desirable properties. 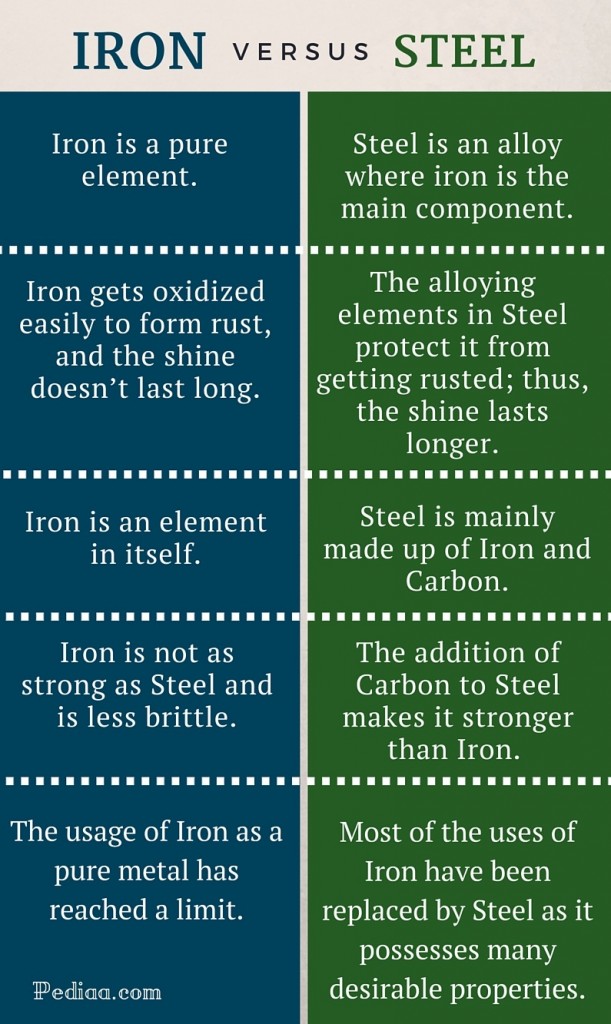