The main difference between jam and marmalade is that the jam is made from whole cut fruits cooked to a pulp with the addition of sugar for sweetness while the marmalade is most often made by boiling the juice of citrus fruits along with their peels in sugar and water.

Jam and marmalade are two delicious spreads made from fruits to lather on bread, toast or fresh scones. These are two well-adored fruit products among all those who love a little more filling in their toasts. 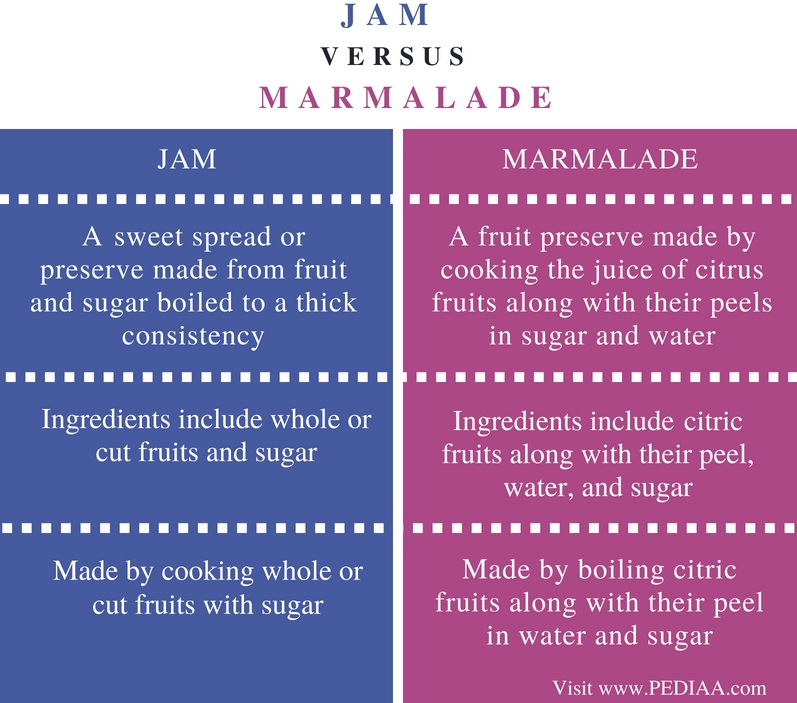 Jam is always made from the whole or cut fruits, cooked to a pulp with sugar, which produces a thick, fruity, spread. Jam is great for fillings, and it is has a thick texture since it contains fruit pulp. 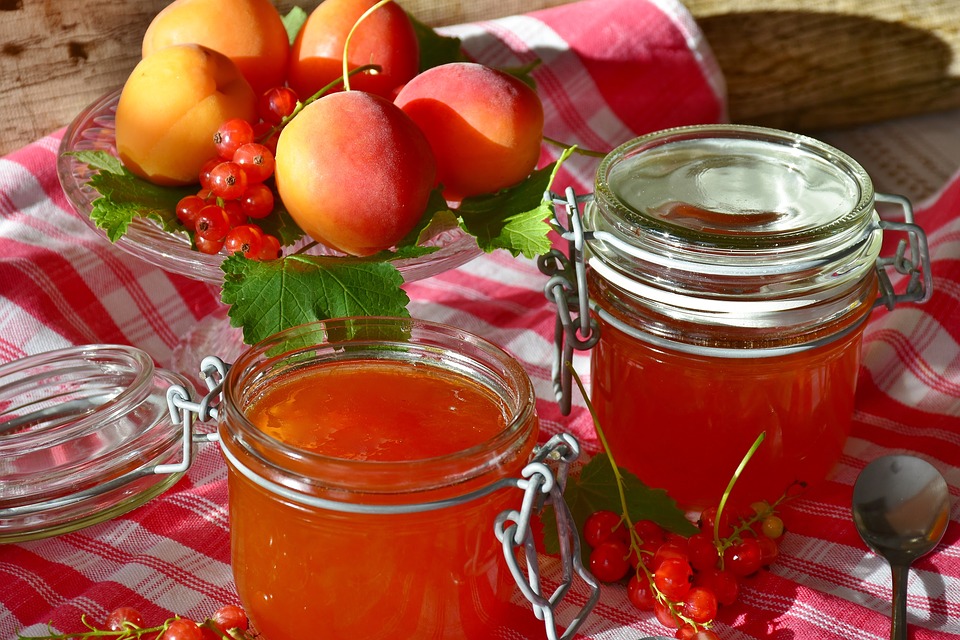 Jam can be made from any fruits ranging from strawberries, pineapples, wood apples, apricot, mangoes, mixed fruits and even from tomatoes and squash. This makes jam a popular delicious spread over various foods such as tarts, bread, toasts, fresh scones, etc. The quantity of the sugar added to a jam while making it contributes a lot to preserving its quality over time. Therefore, a well-preserved jam in a sterile jar can be used extending even up to a year. That is if you can keep it as long as that with its tempting looks and mouth-watering taste.

The name Marmalade originates from the Portuguese Marmelos, which is a quince paste similar in texture to an orange spread. Marmalade is most often made from citrus fruits.

It is made by boiling the juice of the fruit along with the peel in sugar and water. The main significance of marmalade is the inclusion of the fruit peels. This not only adds more of a bitter tinge but also make it thicker than jam. Many marmalade lovers enjoy this quality. 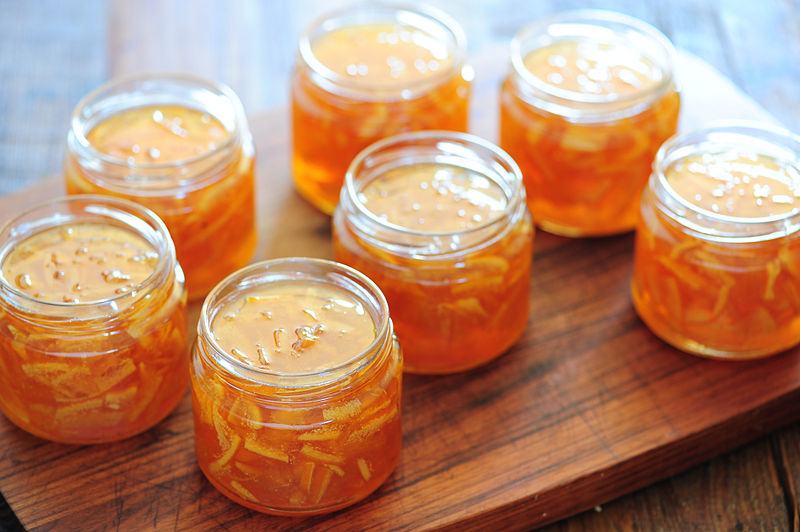 Mostly citric fruits such as Seville oranges, lemon, lime, and grapefruit make the ingredients of it. However, some people also make marmalade with onions and other savoury ingredients to make it more spicy and savory.

What is the Similarity Between Jam and Marmalade?

What is the Difference Between Jam and Marmalade?

Jam is made from whole cut fruits solidified with pectin, and sugar is added for sweetness. Marmalade is a fruit preserve made by cooking the juice of citrus fruits along with their peels (which add a bitter tinge) in sugar and water.

Ingredients of jam are whole or cut fruits cooked with sugar while ingredients of marmalade are usually citric fruits along with their peel, water, and sugar. Sometimes some people also make savory marmalade out of onions.

Jam is made by cooking whole or cut fruits with sugar while marmalade is made by boiling citric fruits along with their peel in water and sugar.

Jam and marmalade are sweet and well-loved fruit preserves that are used on toast or other bakery items. The main difference between jam and marmalade is that the jam is made from whole cut fruits cooked to a pulp with sugar while the marmalade is most often made by boiling the juice of the citrus fruit along with the peel in sugar and water.