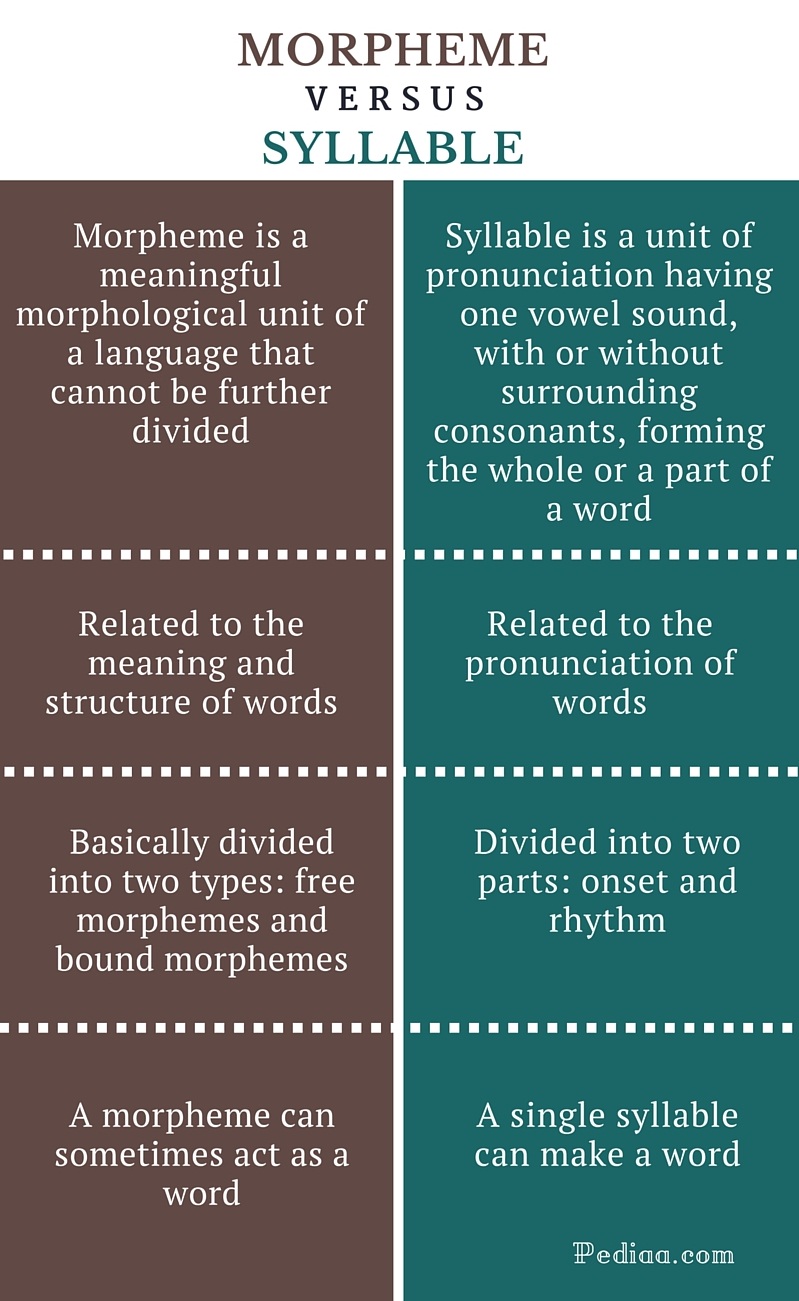 What is a Morpheme

A morpheme is the smallest, meaningful, grammatical unit in a language. A morpheme cannot be further divided or analyzed. A morpheme is not identical to a word although some morphemes can act as words.

Although all free morphemes are words, not all words are morphemes.

In contrast to free morphemes, bound morphemes cannot stand alone; they are always bound to another morpheme. They have no meaning on their own. The underlined parts in the following words are bound morphemes.

Inflectional morphemes, on the other hand, do not cause a change in the meaning or word class, they merely serve as grammatical markers and indicate some grammatical information about a word. 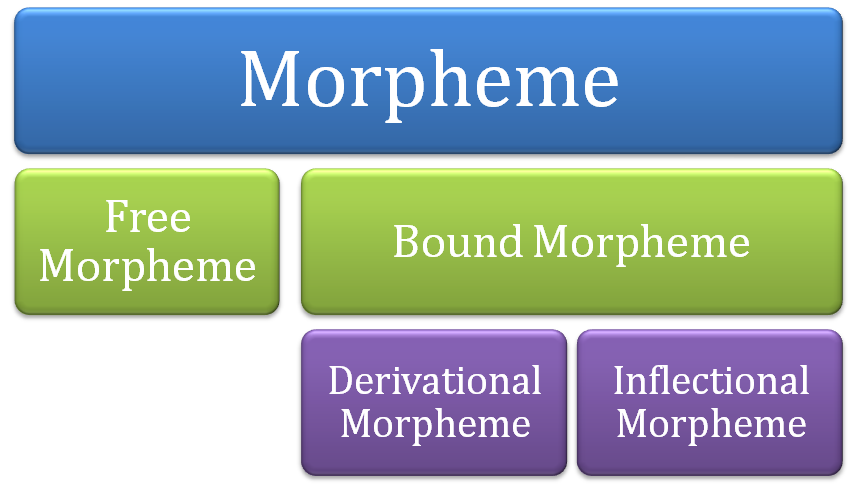 What is a Syllable

A syllable is a single unit of speech. It can be either a whole word or a part of a word. A syllable usually contains a vowel. This vowel is usually called the syllable nucleus. Syllables are phonological building blocks of words. Words can be divided into several categories based on the number of syllables they contain.  Given below are some examples:

Monosyllabic: Words that have only one syllable.

Disyllabic: Words that have two syllables.

Trisyllabic: Words that have three syllables.

Polysyllabic: Words that have more than three syllables.

A syllable has two main components: the Onset (O) and Rhyme (R). Onset contains any consonants that precede the nuclear (the vowel), and the Rhyme contains the nuclear (the vowel) as well as any marginal elements (consonants) that might follow it. The Rhyme, therefore, is classified into Nucleus (N), and Coda (Co). The Nucleus represents the “nuclear” or most sonorous element in a syllable. The Coda includes all consonants that follow the nucleus in a syllable. 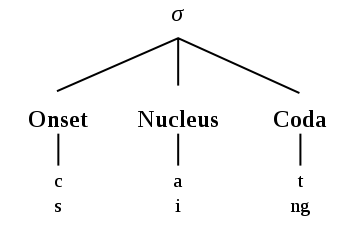 Difference Between Morpheme and Syllable

Morpheme is a meaningful morphological unit of a language that cannot be further divided.

Syllable is a unit of pronunciation having one vowel sound, with or without surrounding consonants, forming the whole or a part of a word.

Morpheme is related to the meaning and structure of words.

Syllable is related to the pronunciation of words.

Morphemes can be basically divided into two types: free morphemes and bound morphemes.

Syllables can be divided into two parts: onset and rhythm.

A morpheme can sometimes act as a word.

A single syllable can make a word.