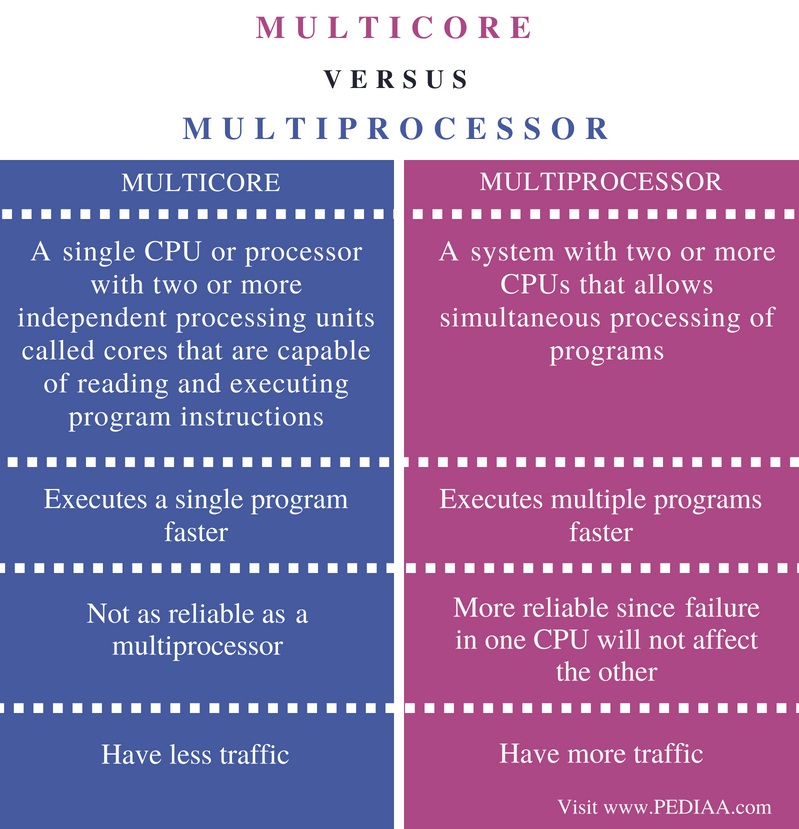 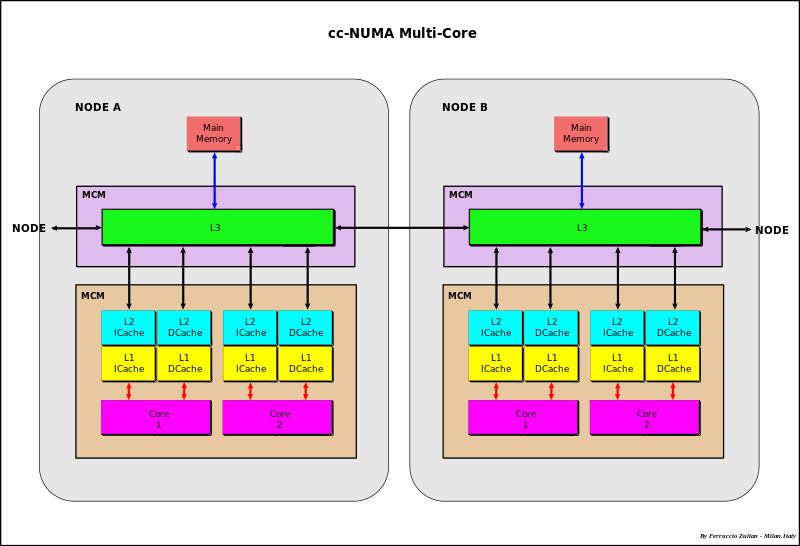 The main advantage of a multicore is that it is capable of executing multiple instructions simultaneously on separate cores. It increases the overall speed and also implements parallel computing. Overall, multicore is used for applications such as embedded systems, networking, Digital Signal Processing (DSP) and graphics (GPU). 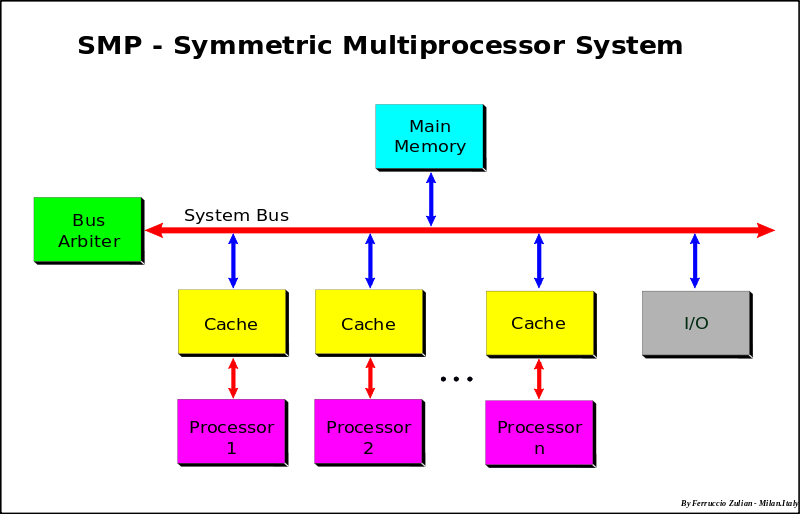 In distributed memory multiprocessors, each CPU has their private memory. Every CPU can operate on local data to perform computational tasks. If the remote data is required, the CPU can communicate with other CPUs or access the main memory via the bus.

Relationship Between Multicore and Multiprocessor

Latest computers have multiple CPUs each with multiple cores to read and execute several instructions at a time.

Difference Between Multicore and Multiprocessor

Multiprocessor systems are more reliable than multicore systems. A multiprocessor has more CPUs. Failure in one will not affect the other CPUs. It is more tolerant to faults.

The multicore systems have less traffic compared to a multiprocessor because all the cores are integrated into a single chip.