Noodle is a popular dish made typically from flour, egg, and water. These ingredients are combined together to form an unleavened dough, and this dough is then rolled flat and cut into shape. This dough can also be made from a wide range of ingredients like wheat, rice, buckwheat, or other starches.

Although we often associate noodles with long thin strings, noodles can be of various shapes. In fact, pasta too is a kind of a noodle. There are different ways of preparing noodles. They can be eaten straight after boiling and draining, like spaghetti topped with marinara. They can be stir-fried with other ingredients, or added to soup like ramen. Noodles can also be used casseroles. 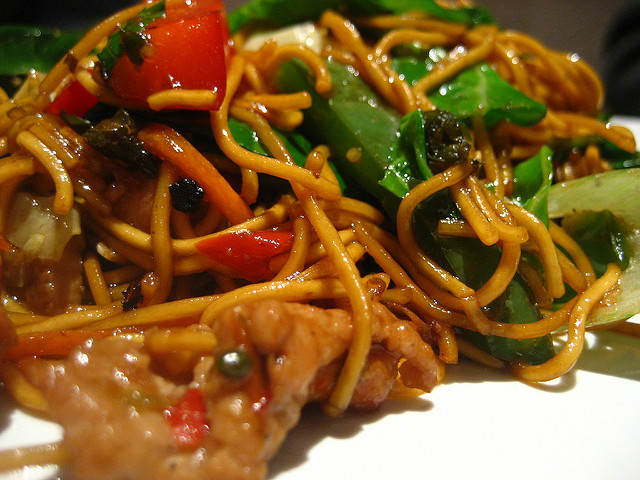 Pasta is a traditional Italian cuisine. It is typically a noodle made from durum wheat flour, mixed with water or eggs. This unleavened dough is shaped into sheets or various forms; this is then cooked by boiling or baking.  Although Durum wheat flour is commonly used; flour can other types of grains can be also used.

There are two kinds of pasta: dried pasta and fresh pasta. Both types come in a variety of types and sizes. Fresh pasta used to be traditionally created at home, using fresh local ingredients. However, many types of fresh pasta are available in the market today. They are made by large scale machines. Dried pasta is the pasta produced in factories through the extrusion process. Since they are transported to farther locations, they have a long shelf  life.

Even though pasta is generally a simple dish it comes in many varieties due to its versatility. Pasta salad, macaroni, and cheese, ravioli, spaghetti, etc. are all different varieties of pasta. Pasta is usually served with some type of sauce. 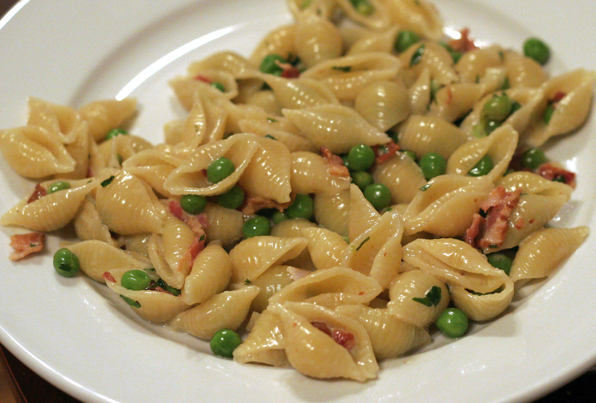 Difference Between Noodles and Pasta

Noodles is a popular dish made typically from flour, egg, and water.

Pasta is a type of noodle made from durum wheat flour, water, and eggs.

Noodles can be made from a variety of flour.

Pasta is usually made from Durum wheat flour.

Noodles is not type of pasta.

Pasta is a type of noodle.

Noodles can be stir fried, added to soup, or baked in a casserole.

Pasta is usually served with a sauce. 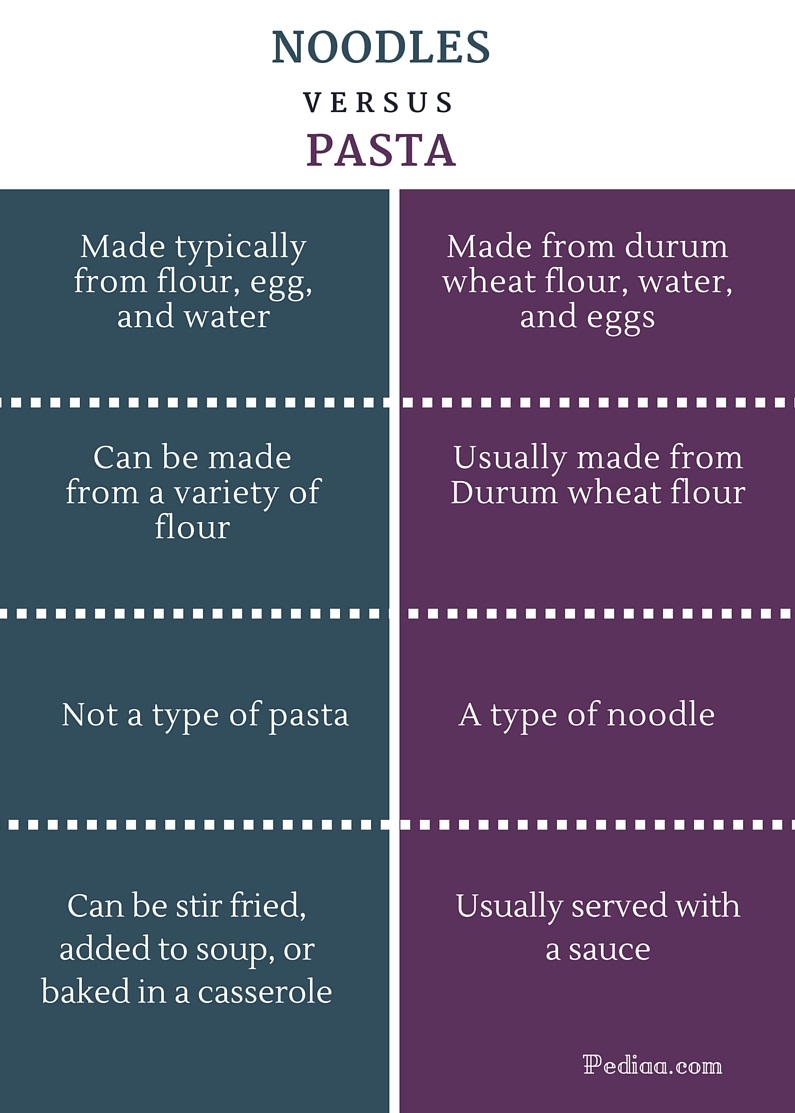