1. What is an Obsession? Examples of Obsessive Thoughts and Behaviors

2. What is a Compulsion? Examples of Compulsive Thoughts and Behavior

3. Comparison and Key Differences Between Obsession and Compulsion 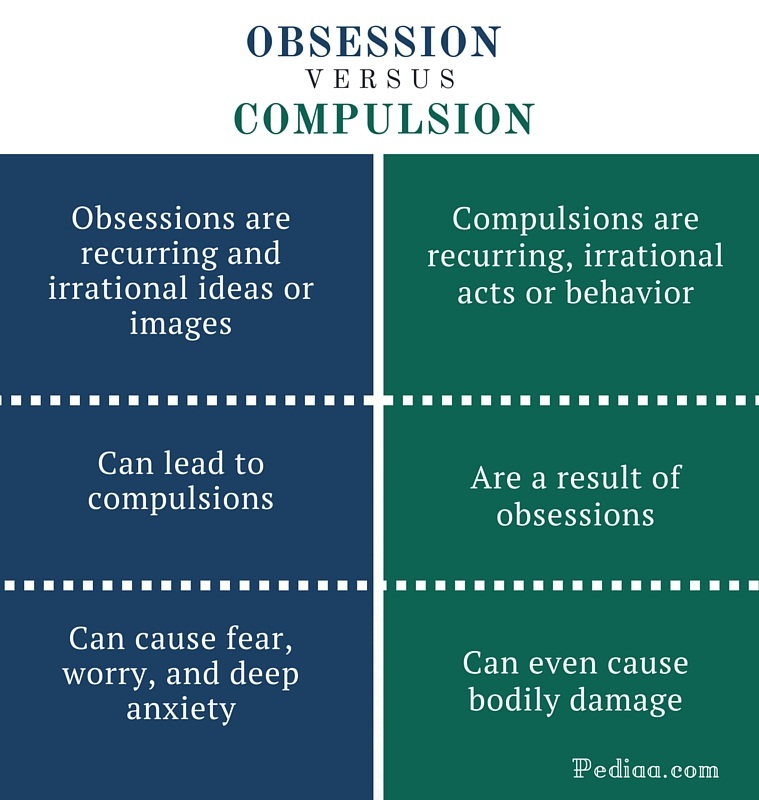 What is an Obsession

Obsessions are thoughts, ideas or images that continually preoccupy or intrude on a person’s mind. Obsessions are usually considered as irrational, but a person suffering from OCD may not be able to control or stop them. Recurrent thoughts about death, God, devil, diseases, etc. are some common obsessions. For example, a person may suffer from the irrational fear that he or someone close to him will die suddenly; this person will be plagued by constant worry and tension. Therefore, people with OCD also feel tension, anxiety, and fear along with obsession.

Worry that something has not been done right

Aggressive thoughts about other people 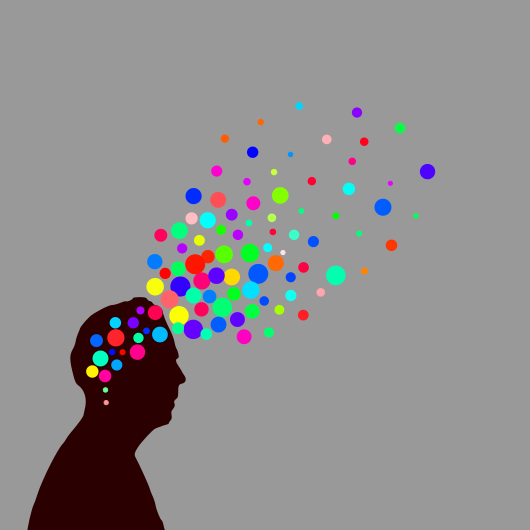 Compulsions are recurring acts or behavior, which usually stems as a result of obsessions. For example, a person who has an irrational fear of germ and dirt will wash his hands repeatedly, even when his hands get red and raw from too much washing. This person’s behavior stems from his obsessive thoughts. Some common compulsions that result from obsessions include:

Checking whether the doors are locked

Checking whether the appliances are turned off

Some other people repeat certain acts or behavior to mitigate the anxiety that is caused by particular obsessive thoughts. Such behavior includes hair pulling, nail biting, self-biting, skin picking, etc.

Some individuals may be aware that this kind of repeated behavior is irrational and illogical, but they are compelled to behave in this way to avoid feelings of anxiety and fear.

People who suffer from OCD find it hard to control these obsessions and compulsions. They can interfere with an individual’s daily life, causing problems in personal and professional relationships. 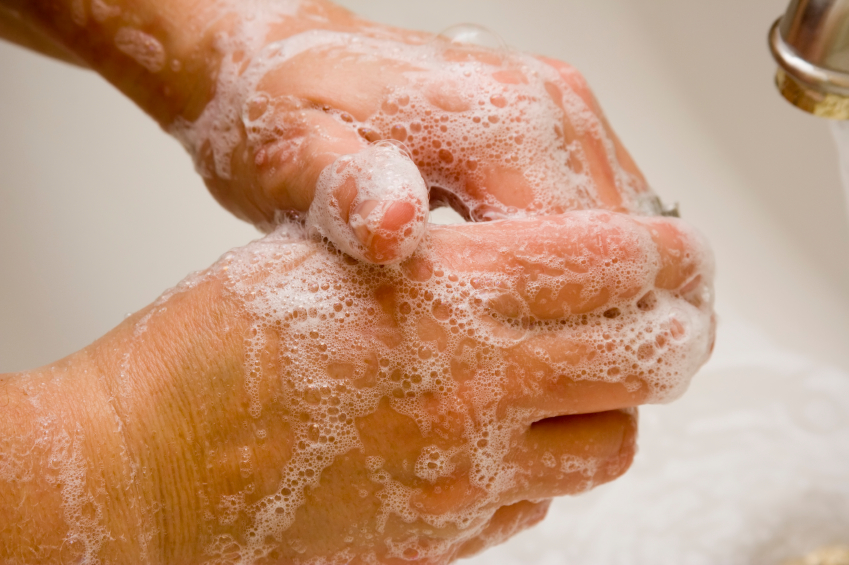 Difference Between Obsession and Compulsion

Obsessions are recurring and irrational thoughts, ideas or images.

Compulsions are recurring acts or behavior.

Obsessions can lead to compulsions.

Compulsions are a result of obsessions.

Obsessions can cause fear, worry, and deep anxiety.

Compulsions can even cause bodily damage.

Both compulsions and obsessions cause disruptions in the day to day life a person as well.