The main difference between psychopath and sociopath is that not all sociopaths can be considered psychopaths, but all psychopaths are sociopaths. In other words, a psychopath is worse than a sociopath.

In general, both psychopaths and sociopaths suffer from an antisocial personality disorder (APD). Consequently, most people tend to use these two terms interchangeably. However, there is a distinct difference between psychopath and sociopath. Thus, sociopathy and psychopathy are considered to be two types of APD. 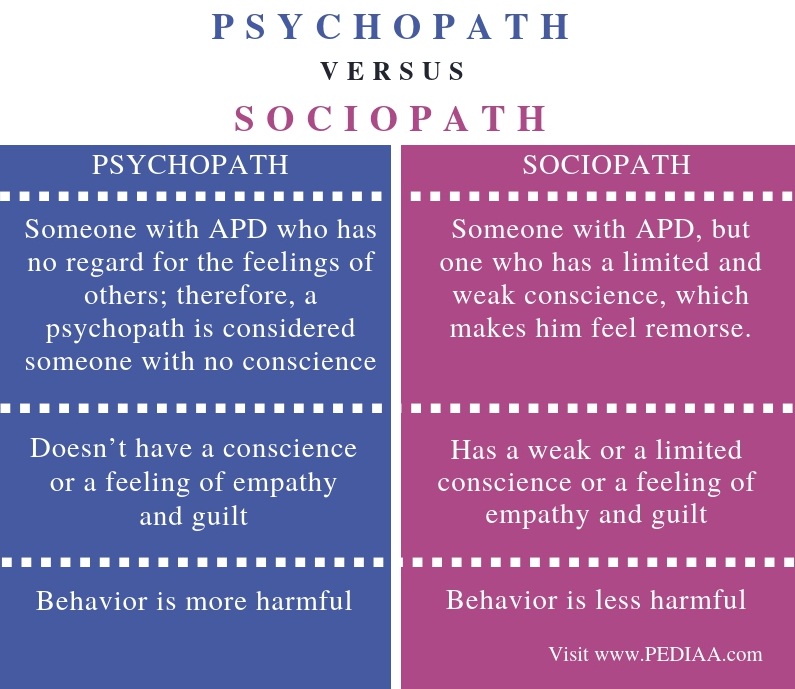 Who is a Psychopath

A psychopath is a term that describes someone who has an antisocial personality disorder (APD). However, from a clinical perspective, all those who are diagnosed as sociopaths or psychopaths exhibit the characteristics of antisocial personality disorder (APD). Accordingly, they have no consideration for the feelings or the rights of others. Consequently, they often break the rules or engage in harmful actions which can disrupt the peaceful lives of others.

A psychopath does not have a guilty feeling or a conscience; thus, they cannot distinguish between what is right/wrong or ethical. As a result, they don’t feel remorse for any violent, harmful or wrong action they have committed. 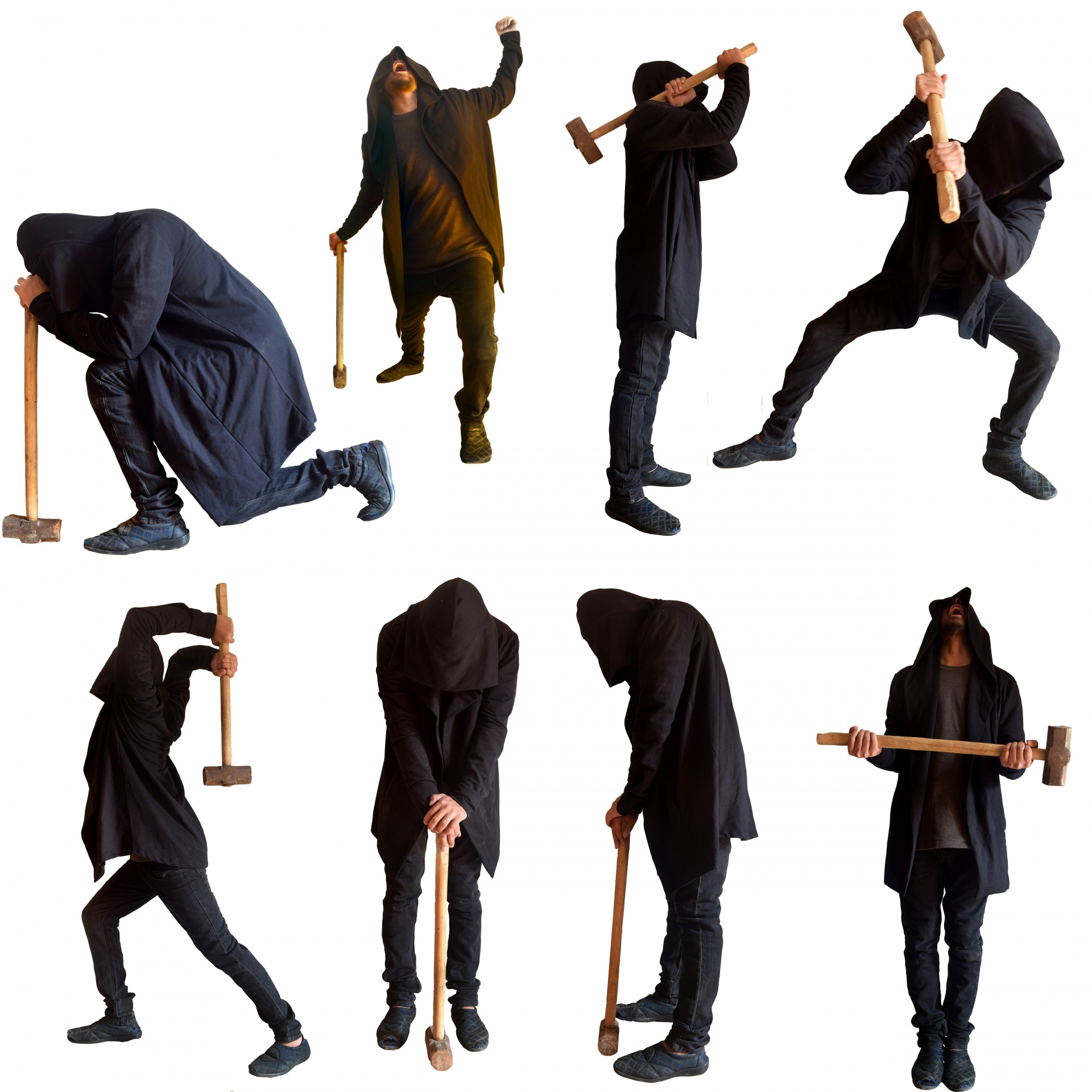 Psychoanalysts observe that, unlike sociopaths, psychopaths are born that way, making it a worse form of APD, which is hard to be controlled or managed. Therefore, most psychologists refer to psychopathy as a genetic predisposition that produces more dangerous individuals.

The common traits of a psychopath include 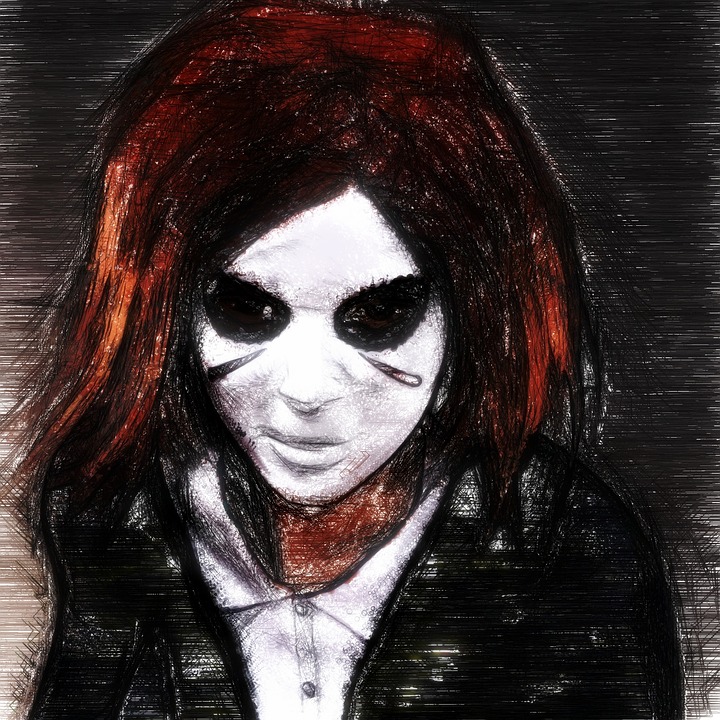 Moreover, psychopaths usually get into trouble with the legal system of the country and approximately 94% of psychopaths are criminals under the criminal justice system.

Who is a Sociopath

Sociopathy is also a form of APD; however, compared to a psychopath, a sociopath has a weak or a little conscience and empathy. Thus, most psychoanalysts observe that, unlike psychopaths, sociopaths are a result of their environment, including their upbringing.

Since sociopathy is a result of the environment and their upbringing, the causes can be identified and managed to some extent. Moreover, many researchers have found out that many sociopaths suffer from trust issues and inability to cope with others as a result of some negative cause in their upbringing.

Most sociopaths also need to be accepted and loved like normal people. However, their own behaviour makes them isolated from others, and eventually, they feel sad about their own actions.  It is also thought that sociopaths may be able to form some deep bonds (such as, possibly, with family) while a psychopath cannot. 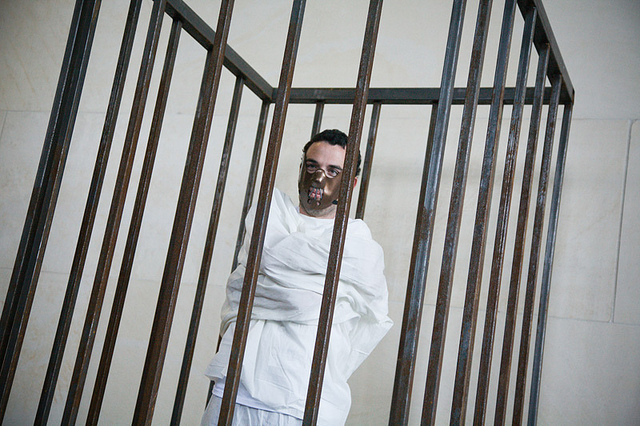 What are the Similarities Between Psychopath and Sociopath

What is the Difference Between Psychopath and Sociopath

Behaviour is also another difference between psychopath and sociopath. The harmful behaviour of psychopaths is comparatively worse than that of sociopaths. Nevertheless, the behaviour of both these showcases their disregard for the feelings of others or the lack of empathy.

While it is true that psychopathy is believed to have genetic components (perhaps caused by the underdevelopment of the parts of the brain that regulate emotion and impulsiveness), there are clearly other factors that contribute to the behavioural disorder.