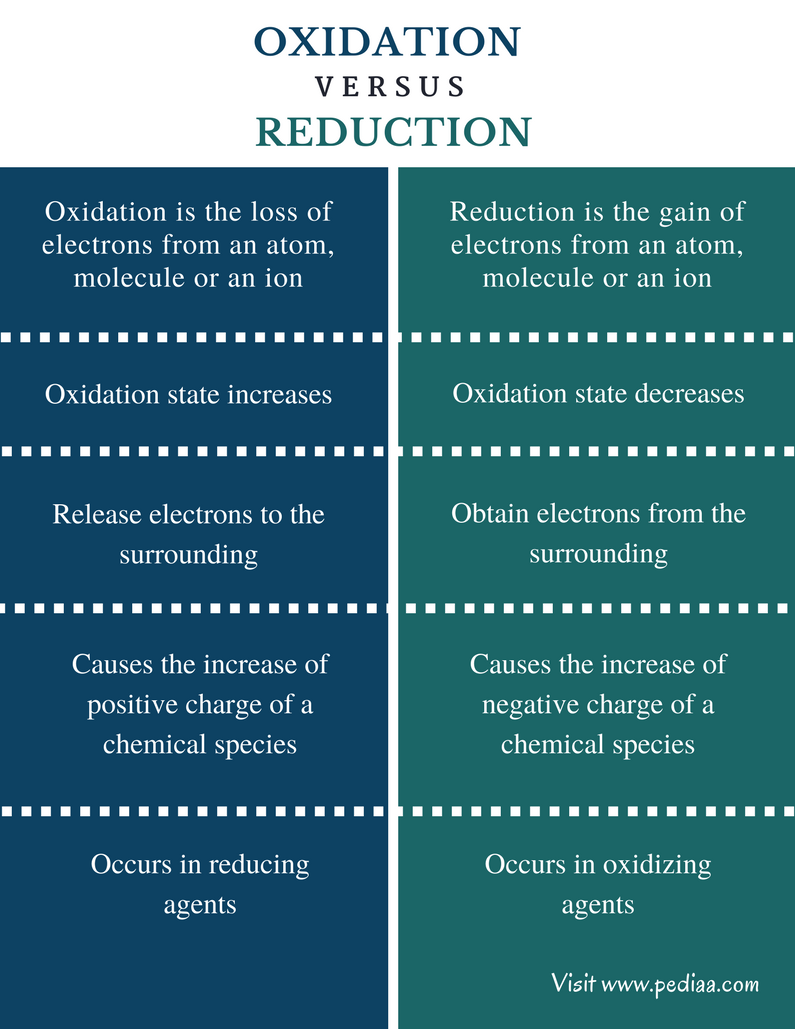 In the past, the term oxidation was given the definition “the addition of oxygen to a compound.” This was because oxygen was the only known oxidizing agent at that time. However, this definition is no longer accurate since there are many more oxidation reactions that occur in the absence of oxygen. For example, the reaction between Magnesium (Mg) and Hydrochloric acid (HCl) involves no oxygen, but it is a redox reaction that includes the oxidation of Mg into Mg2+. The following example shows the oxidation and reduction reactions in a redox reaction.

Figure 01: Oxidation of Mg by the addition of Oxygen to Mg. Two electrons are released from Mg, and one oxygen atom obtains two electrons.

There is another historical definition for oxidation involving Hydrogen. That is, oxidation is the process of losing H+ ions. This is also not accurate because there are many reactions that occur without the release of H+ ions.

Figure 02: The oxidation of alcohol group into Carboxylic acid group

Oxidation can occur in four different ways depending on the change of the oxidation state.

1. From Zero to Positive Oxidation State

2. From Negative to Positive Oxidation State

3. From Negative to Zero Oxidation State

Reduction can be defined as the gain of electrons from an atom, molecule or an ion. This gain of electrons causes the oxidation state of the chemical species to decrease because the reduction creates an extra negative electrical charge in atoms. In order to obtain electrons from outside, there should be an electron donating species. Therefore, the reduction is a chemical reaction that takes place during redox reactions. Reduction reaction is a half reaction.

Reduction also can occur in four ways as follows.

1. From Zero to Negative Oxidation State

For example, in the formation of oxides, the oxidation state of O2 is zero and it is decreased to -2 due to the addition of new electrons.

2. From Positive to Negative Oxidation State

Elements that can hold positive, as well as negative oxidation states, can undergo this type of reduction reactions. 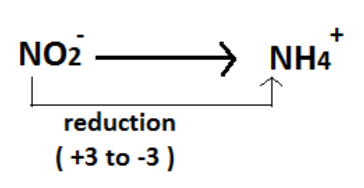 3. From Positive to Zero Oxidation State

Figure 09: The reduction of Ag+

Difference Between Oxidation and Reduction

Oxidation: Oxidation can be defined as the loss of electrons from an atom, molecule or an ion.

Reduction: Reduction can be defined as the gain of electrons from an atom, molecule or an ion.

Oxidation: Oxidation causes the increase of positive charge of a chemical species.

Reduction: Reduction causes the increase of negative charge of a chemical species.