For example, let us look at the saying flowers danced in the wind. Flowers are inanimate objects yet the action of dancing – which is a human action – has been attributed to them. This is because the movement of the flowers in the wind resembles dancing. The writer, therefore, has used the technique of personification to create a vivid mental image in the readers’ mind. Given below are some examples of personification in literature.

“Ten thousand saw I at a glance,

Tossing their heads in sprightly dance.

The waves beside them danced; but they

“Passion’s a good, stupid horse that will pull the plough six days a week if you give him the run of his heels on Sundays. But love’s a nervous, awkward, over-mastering brute; if you can’t rein him, it’s best to have no truck with him.” – “Gaudy Night” by Dorothy L. Sayers

“Her heart was divided between concern for her sister, and resentment against all the others.”– “Pride and Prejudice” by Jane Austen

“Hadn’t she known that something good was going to happen to her that morning–hadn’t she felt it in every touch of the sunshine, as its golden finger-tips pressed her lids open and wound their way through her hair?” – “The Mother’s Recompense” by Edith Wharton 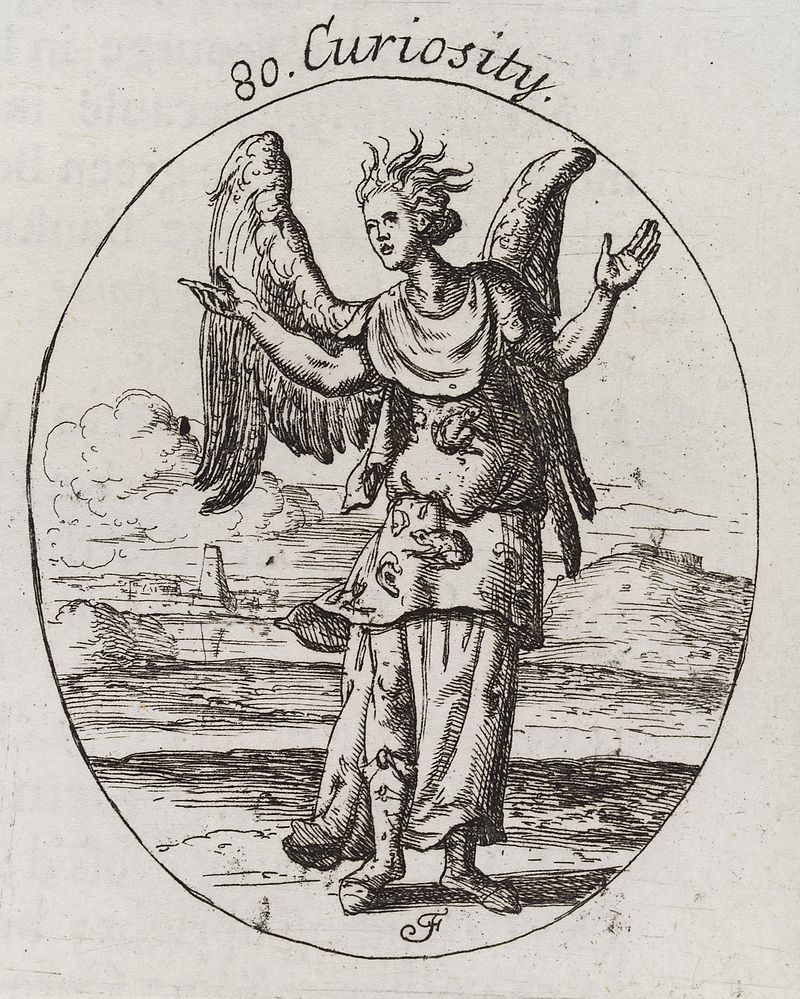 What is Pathetic Fallacy

Pathetic Fallacy is also a literary device that involves the attribution of human qualities and characteristics to inanimate objects of nature. Pathetic fallacy is actually a type of personification. The term pathetic fallacy is mostly used in literature to identify a type of personification that reflects the feelings and emotions of the characters or the events in the story. For example,

The wind howled outside as the woman mourned her child’s death.

In the above example, the human action of howling has been attributed to the wind in order to reflect the actions and emotions of the character. Therefore, this is an example of pathetic fallacy.

“Her lips trembled, and so did his. It was never known which lips were the first to move towards the other lips; but they kissed tremblingly, and then they moved apart.
The rain was dashing against the window-panes as if an angry spirit were within it, and behind it was the great swoop of the wind; it was one of those moments in which both the busy and the idle pause with a certain awe.”  – Middlemarch: A Study of Provincial Life by George Elliot

“The night has been unruly. Where we lay,
Our chimneys were blown down and, as they say,
Lamentings heard i’ th’ air, strange screams of death,
And prophesying with accents terrible
Of dire combustion and confused events
New hatched to the woeful time. The obscure bird
Clamored the livelong night. Some say the Earth
Was feverous and did shake.”

This excerpt from Shakespeare’s Macbeth, reflect the events that happened during the night of King Duncan’s murder. This terrible murder is reflected in the personification of nature. 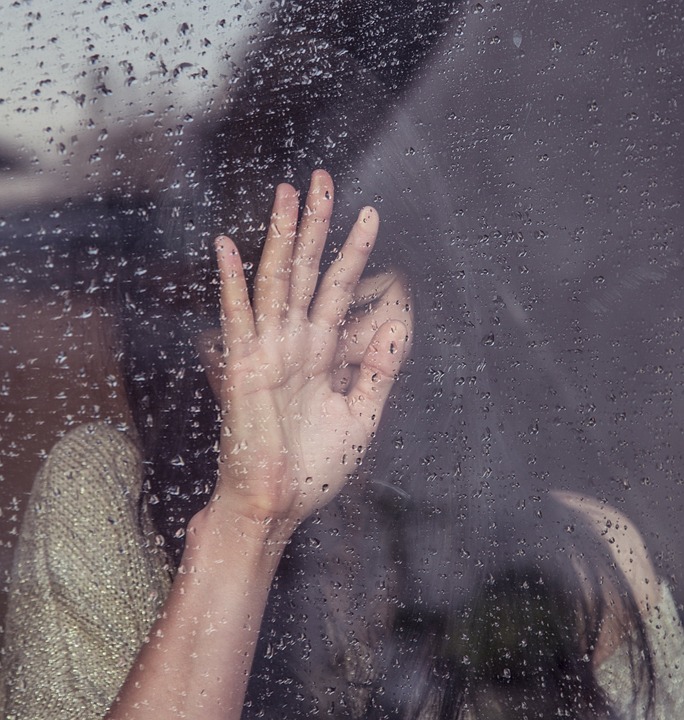 Difference Between Pathetic Fallacy and Personification

Pathetic Fallacy is the attribution of human qualities and characteristics to inanimate objects of nature.

Personification is the attribution of human characteristics to something nonhuman or the representation of an abstract quality in human form.

Pathetic Fallacy is a type of personification.

Personification is a broader term.

Pathetic Fallacy is used to reflect the actions and emotions of the story in nature.

Personification is used to create vivid imagery and beautifies the text. 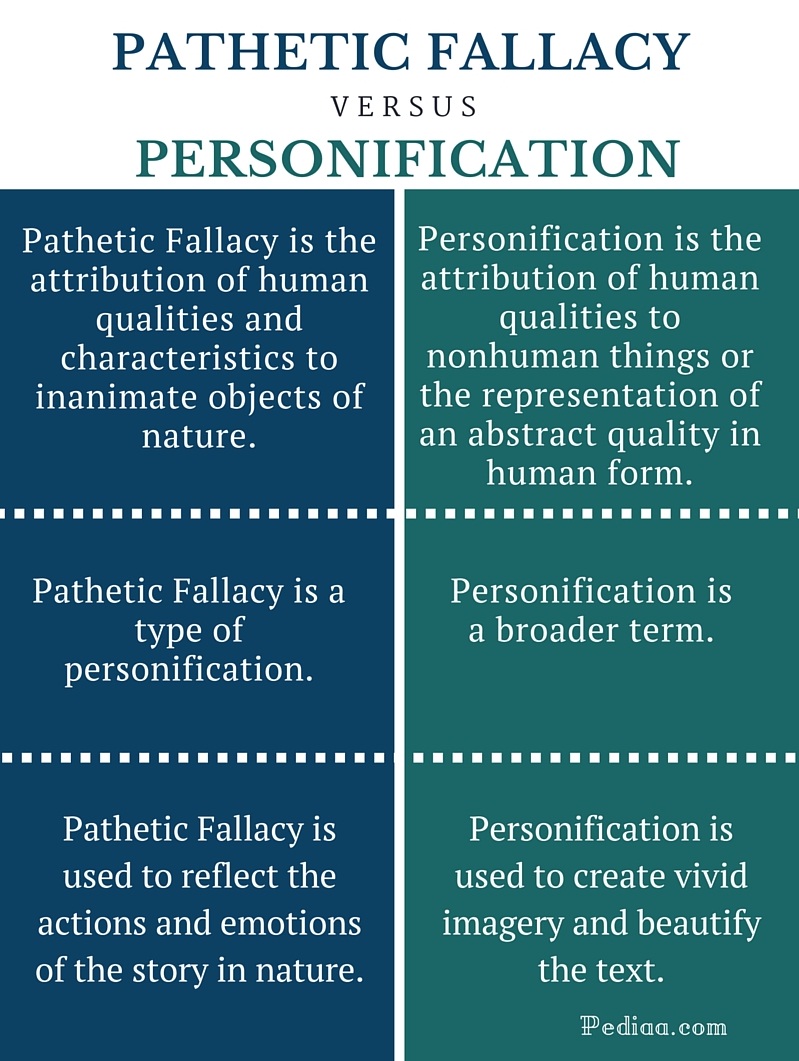 Personification of Curiosity (CC BY 4.0) via Commons Wikimedia