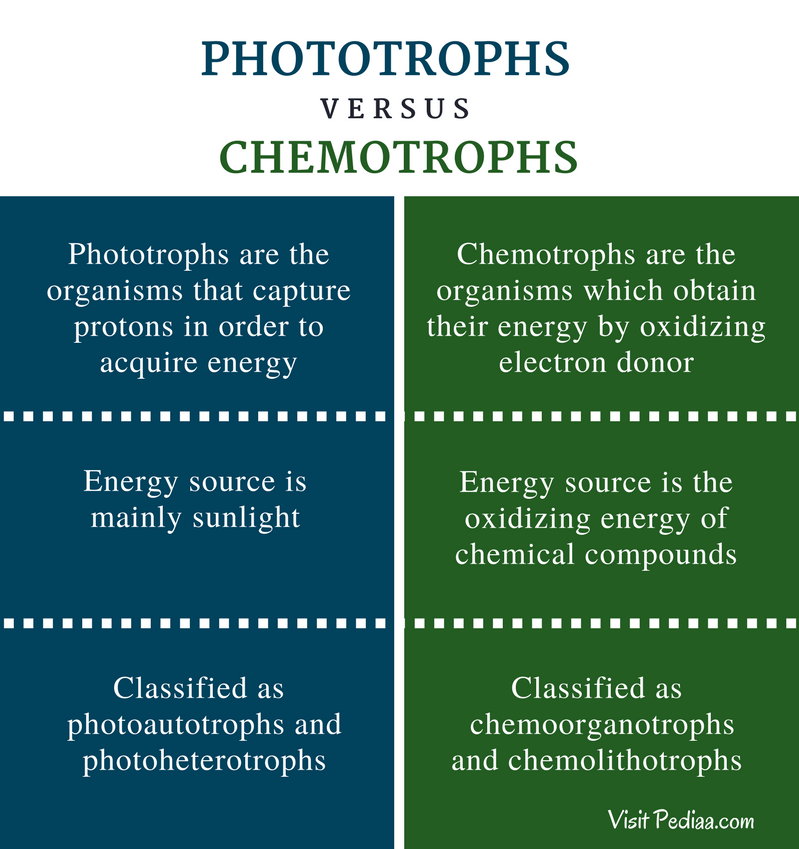 Phototrophs use either electron transport chain or direct proton pumping to generate the electro-chemical gradient used in the ATP synthase. ATP provides the chemical energy for cellular functions.

Phototropes are either autotrophs or heterotrops. Photoautotrophs fix carbon into simple sugars using light as the energy source. Examples for photoautotrophs are green plants, algae and cyanobacteria. Holotrophs are carbon fixing organisms from carbon dioxide. Phototrophs which use chlorophyll in order to capture the light energy, splitting water to produceoxygon are oxygenicphotosynetic organisms. 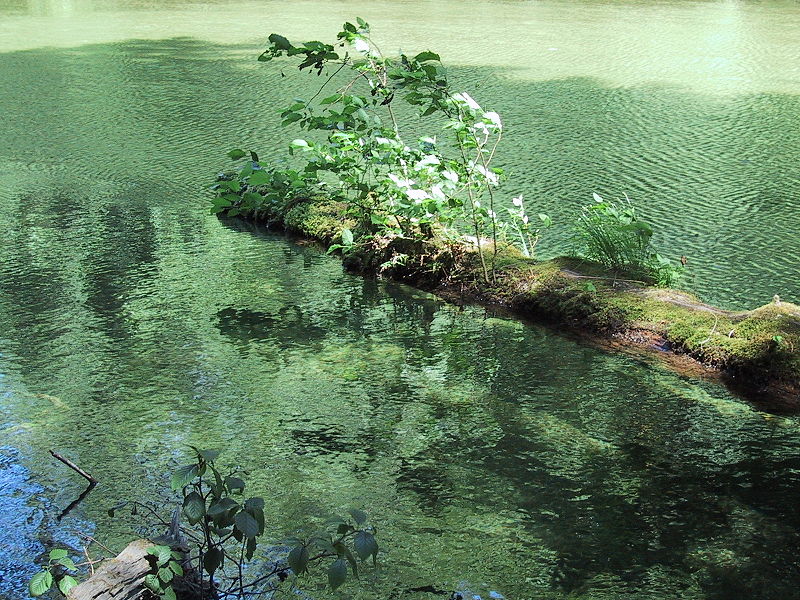 The organisms which obtain their energy by oxidizing electron donors are known as chemotrophs. Their carbon source can be either inorganic carbon or organic carbon. Chemosynthesis is the primary production metabolism in chemotrophs. During chemosynthesis, simple carbon containing molecules like carbon dioxide or methane is used to produce organic compounds as nutrients by oxidizing hydrogen gas or hydrogen sulfide. Chemotrophs consist of biogeochemically important taxa like sulfur oxidizing proteobacteria, aquificaeles, neutrophilic iron-oxidizing bacteria and methanogenic archaea.

Organisms that exit in the dark like oceans use chemosynthesis in order to produce their food. When hydrogen gas is available, the reaction between carbon dioxide and hydrogen produces methane. In the oceans, ammonia and hydrogen sulfide are oxidized to produce their food with or without oxygen. Chemosynthetic bacteria are consumed by organisms in the ocean in order to carry out symbiotic relationship. Secondary producers in hydrothermal vents, cold seeps, methane clathrates and isolated cave water are benefited by chemotrophs.

Chemotrophs also can be either autotrophs or heterotrophs. Chemoautotrophs can be identified in ocean floors like underwater volcanos, independent from sunlight. Chemosynthetic bacteria replace the guts of giant tube worms like Riftia pachyptila in the ocean. 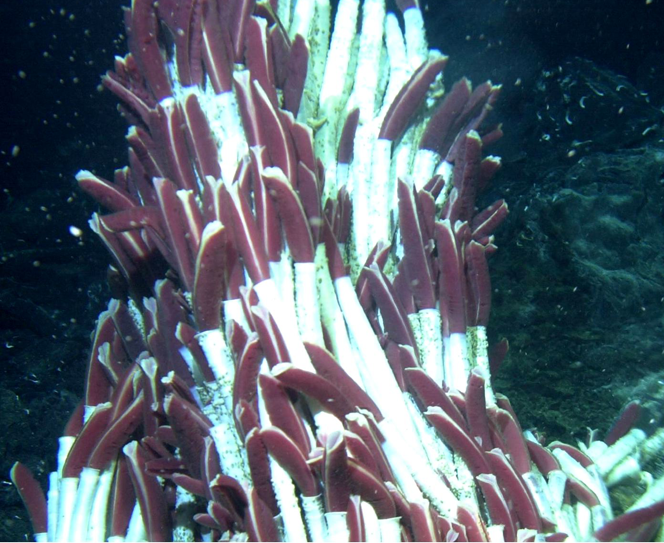 Difference Between Phototrophs and Chemotrophs

Phototrophs: The organisms which capture proton  in order to acquire energy are known as phototrophs.

Chemotrophs: The organisms which obtain their energy by oxidizing electron donors are known as chemotrophs.

Phototrophs: The energy source of phototrophs is mainly sunlight.

Chemotrophs: The energy source of the chemotrophs is the oxidizing energy of chemical compounds.

Chemotrophs: Chemotrophs are either chemoorganotrophs or chemolithotrophs.

Both phototrophs and chemotrophs are two nutritional groups found in the environment. Both of them are found in autotrophic and heterotrophic forms. Thus, their autotrophs produce their own food while their heterotrophs consume other organisms’ food. They can be also found in primary and secondary levels of the food chain. The main difference between phototrophs and chemotrophs is their energy source.