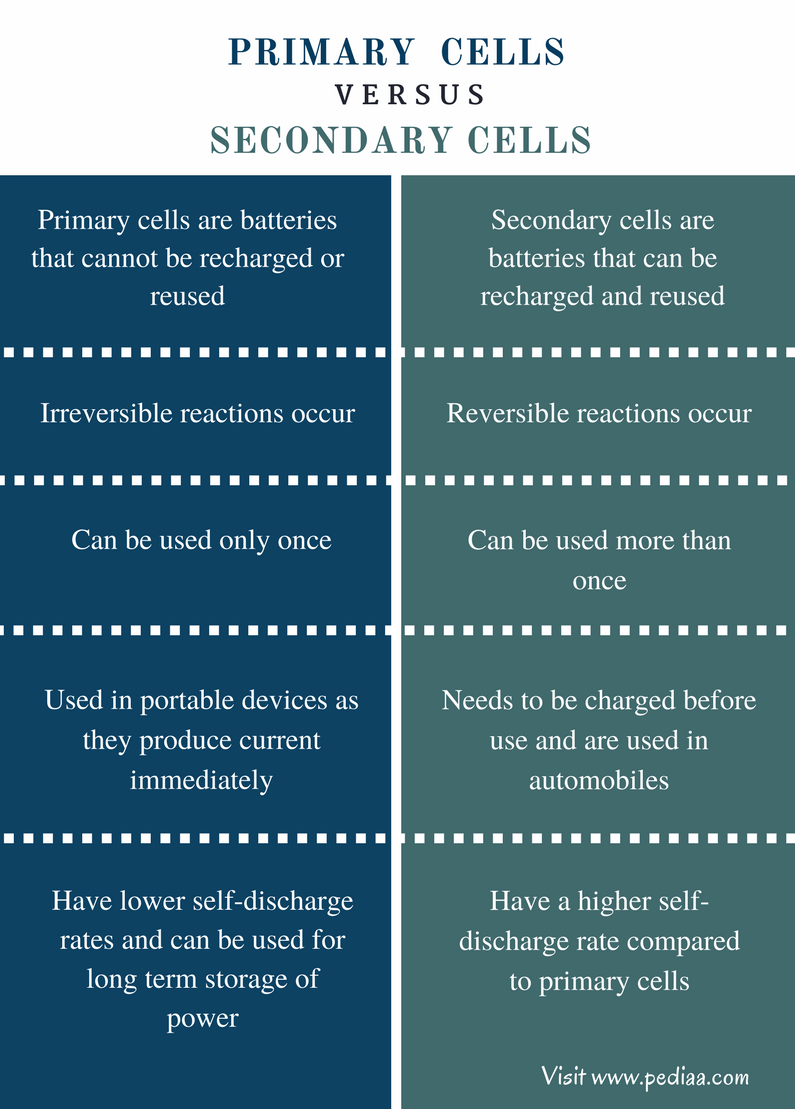 What is a Primary Cell?

Primary cells or primary batteries are also called non-rechargeable batteries. This is mainly because these batteries cannot be charged again when they are exhausted and stop working. Although they are not reusable, primary cells are very useful to store power for long-term utilization because their self-discharge rate is comparatively low. Therefore, their use can be observed in service pacemakers in heart patients, smart meters, and military campaigns where charging is impractical and impossible

A primary battery or a primary cell is composed of an anode (positively charged end) and cathode (negatively charged end). Graphite is usually used as the cathode and Zinc is used as the anode. Oxidation reactions occur in the anode where electrons are donated to the circuit and reduction reactions occur in cathode where electrons are accepted from outside. There is also an electrolyte which is helpful in making a passage for electric current. The electrolyte is composed of electrically charged ions which can carry their charge between cathode and anode. 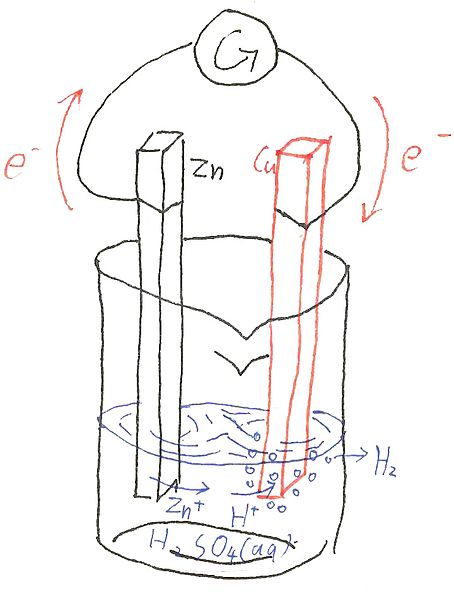 Figure 1: A Primary Battery having a Zinc Anode and Cu Cathode

A common example of primary cell is Leclanche cell. It is composed of a Zinc anode and porous graphite cathode. The electrolyte present inside the battery is a moist mixture of NH4Cl (ammonium chloride), Zinc chloride (ZnCl2) and Manganese dioxide (MnO2). The chemical reactions that occur inside the cell can be given as below.

Two gases NH3 and H2 are produced in the cathode. But these gases again will participate in reactions as shown below.

What is a Secondary Cell?

Different secondary batteries provide different functions. Therefore, the user should know which type of battery should be used for a particular need.

Difference Between Primary and Secondary Cells

Primary Cells: Primary cells are batteries that cannot be recharged or reused.

Secondary Cells: Secondary cells are batteries that can be recharged and reused.

Primary Cells: Primary cells can be used only once.

Secondary Cells: Secondary cells can be used more than once.

Secondary Cells: Secondary cells should be charged before use. So they can be used in automobiles.

Primary Cells: Primary cells have lower self-discharge rates and can be used for long term storage of power.