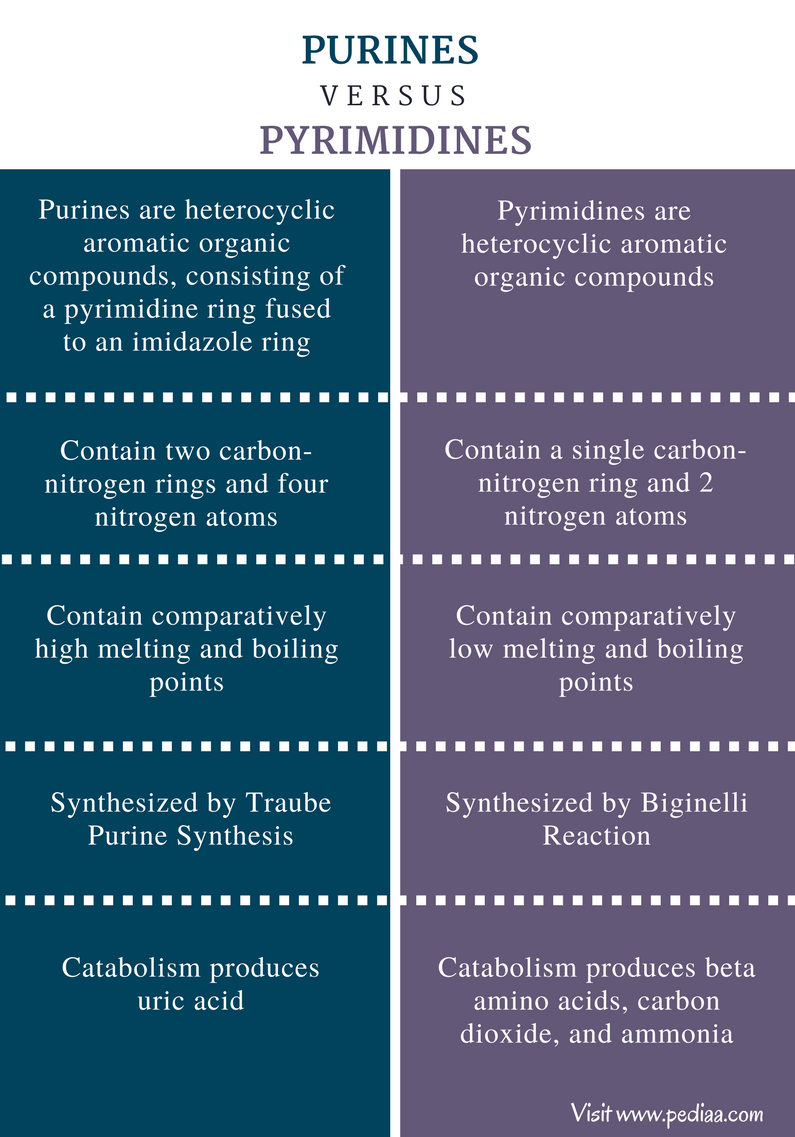 Purines are repeatedly occurring building blocks of DNA and RNA. Adenine and guanine are the purines found in DNA and RNA. Other common nuclear bases of purine are hypozanthine, xanthine, theobromine, caffeine, uric acid, and isoguanine. In addition to building the nucleic acids, purines form important biomolecules in the cell like ATP, GTP, NAD, cyclic AMP and coenzyme A. ATP is the major energy currency of the cell. GTP is used as an energy source during protein synthesis. NAD is a coenzyme involved in the redox reactions during metabolism like glycolysis. Cyclic AMP is a second messenger involved in the cAMP dependent pathway of signal transduction. Coenzyme A is an acetyl group carrier involved in the citric acid cycle. It forms acetyl-CoA. Purines are also capable of functioning as neurotransmitters, activating purinergic receptors. The main purine-derived nucleobases, adenine, and guanine are shown in figure 2. 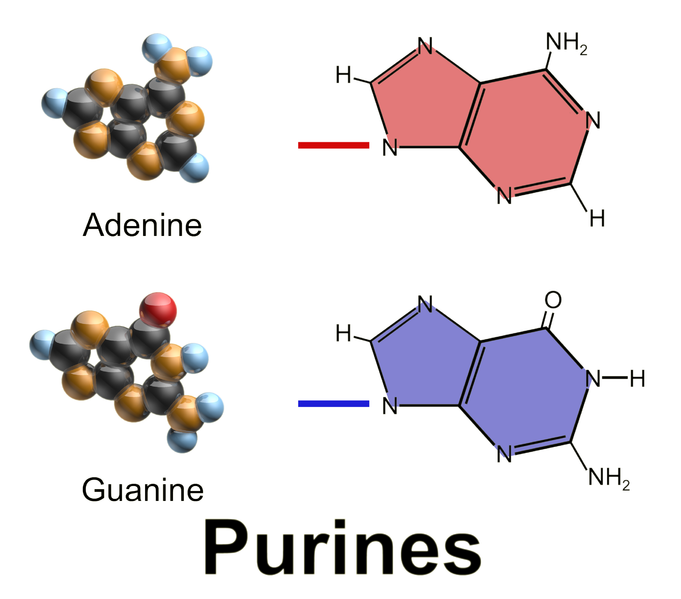 Purines are synthesized as nucleosides, which are attached to ribose sugars. Both de novo and salvage pathways are involved in the biosynthesis of purines. Inosine monophosphate (IMP) is the precursor of both adenine and guanine in the de novo pathway. Guanine and hypoxanthine are sequentially converted into xanthine and uric acid during purine catabolism. Uric acid is excreted from the body. 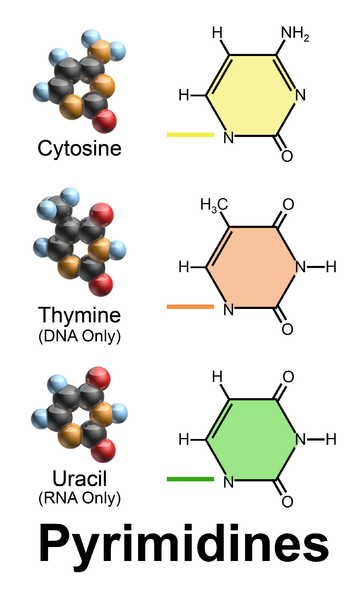 Pyrimidines are synthesized using both de novo and salvage pathways inside the cell. Uridine monophosphate (UMP) is the precursor producing in the de novo pathway, which is involved in the synthesis of uracil, cytosine, and thymine. Pyrimidines are catabolized into urea, carbon dioxide and water.

Difference Between Purines and Pyrimidines

Purines: Adenine, guanine, hypoxanthine, and xanthine are the nucleobases found in purines.

Pyrimidines: Cytosine, thymine, uracil and orotic acid are the nucleobases found in pyrimidines.

Purines: Purines contain two carbon-nitrogen rings and four nitrogen atoms since they are composed of a pyrimidine ring, which is fused to an imidazole ring.