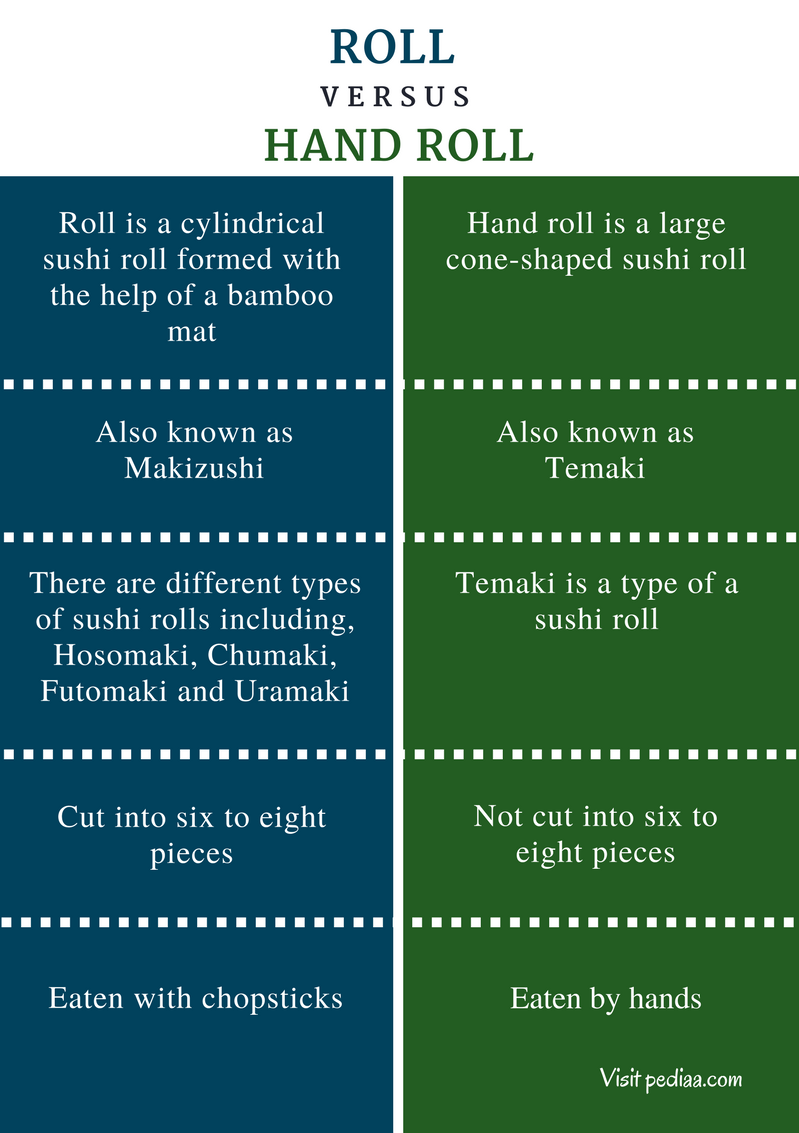 What is a Roll

The Japanese name for rolled sushi is Makizushi. This is a cylindrical roll formed with the help of a makisu (a bamboo mat). The sushi rolls are traditionally wrapped in a seaweed (nori), but they can also be wrapped in soy paper, shiso leaves or a thin omelet. As seen in Figure 1, the filling whose main ingredient is vinegared rice is spread on the nori, which is placed on the makisu. Then it is rolled with the help of the makisu. This roll is cut into six or eight pieces. 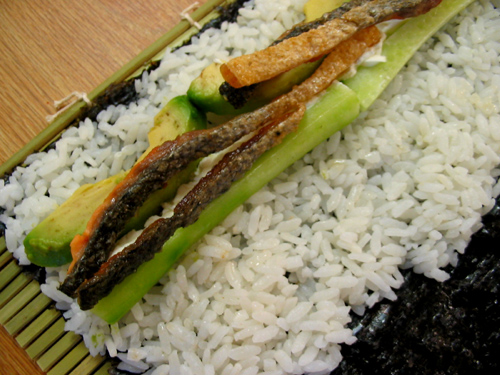 There are three main types of rolls based on their shape. They are,

There are also inside out rolls called Uramaki. In this type of rolls, the nori is rolled up on the inside of the rice, so the outermost layer of the roll is rice. 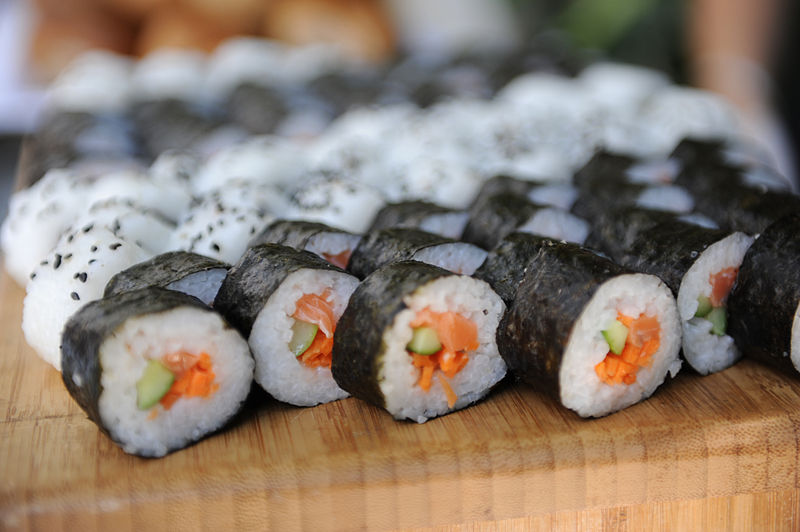 What is a Hand Roll?

Hand roll, also known as Temaki, is a large cone-shaped roll, with a shape similar to that of an ice cream cone. The nori is on the outside, and the sushi ingredients spill out the wide end of the cone. This is usually eaten with fingers since it is difficult to pick it up with chopsticks. A hand roll is typically about 4 inches (10 cm) in length. They are not usually pre-made and are eaten quickly after making since the nori absorbs the moisture from the filling, which makes the roll less crisp and difficult to bite. 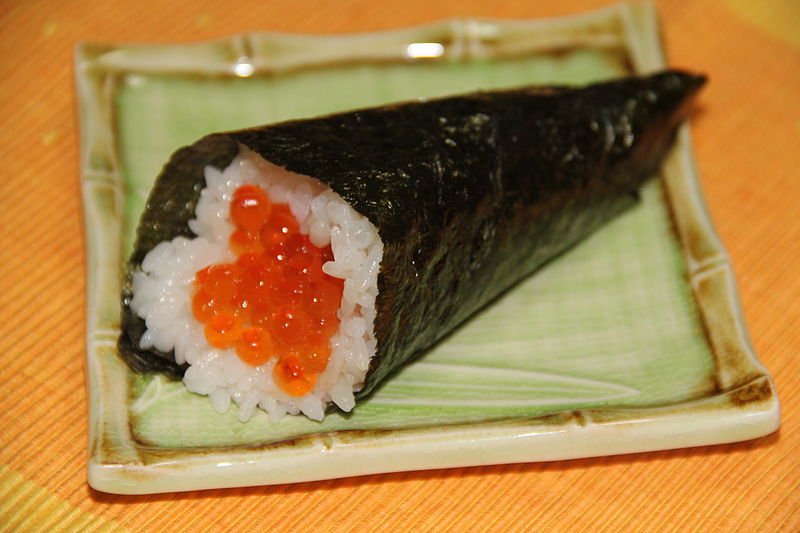 Difference Between Roll and Hand Roll

Roll: Roll is a cylindrical sushi roll formed with the help of a bamboo mat.

Roll: This is also known as Makizushi.

Hand Roll: This is also known as Temaki.

Roll: There are different types of sushi rolls including, Hosomaki, Chumaki, Futomaki and Uramaki.

Hand Roll: Hand roll (Temaki) is a type of a sushi roll.

Roll: Sushi rolls are cut into six to eight pieces.

Hand Roll: Hand roll is not cut into pieces.