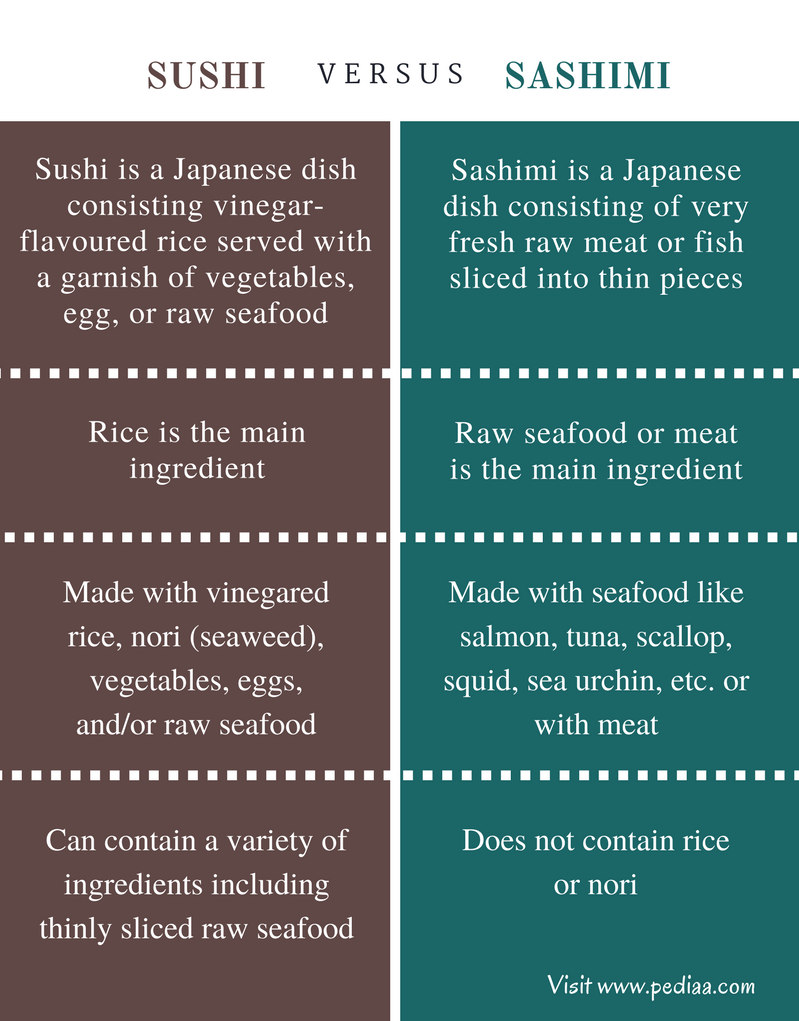 Although many people who enjoy Japanese food equate sushi with raw fish, sushi actually refers to any dish made with vinegared rice used in Japanese cuisine. Sushi doesn’t even have to contain raw fish. The ingredients and preparation of sushi may greatly vary, but rice is the main ingredients of any sushi dish. It is often combined with seafood (typically raw), vegetables, and other ingredients. Rice used for sushi can be either brown or white, and sushi is always served with a variety of condiments such as pickled ginger, Wasabi or soy sauce.

The word sushi is used for a wide range of dishes and given below are some well-known common sushi types.

A traditional form of fermented sushi. Rice is served with fish that is skinned, gutted, and fermented for six months with salt.

A dish made by frying a pouch of tofu filled with sushi rice.

A dish made by placing the sushi rice and other ingredients in a nori (seaweed) and rolling them.

A bowl of vinegared rice topped with sashimi (thin pieces of raw fish) and other garnishes. 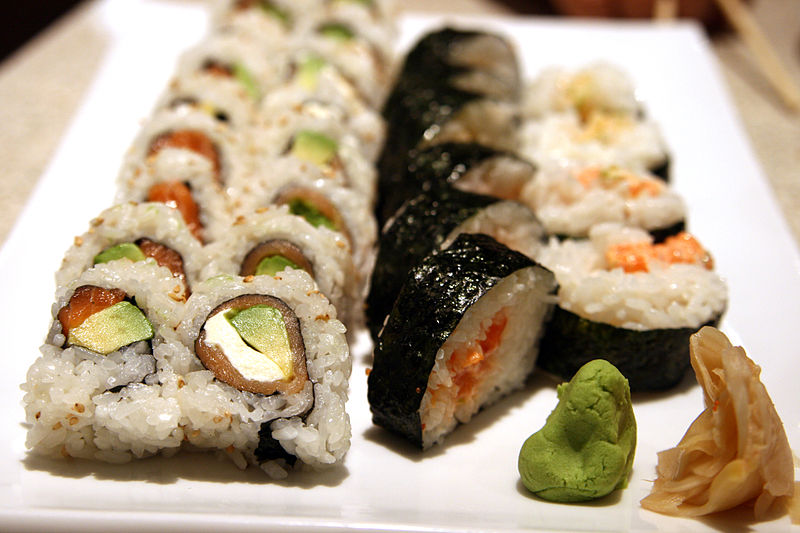 Sashimi does not typically contain rice, or any other ingredients other than fish. In restaurants, sashimi is served on top of shredded white radish (daikon) along with pickled ginger, wasabi, lemon, sliced cucumber, or soy sauce to enhance the flavour of the fish.

Sashimi is often the first course in a formal meal, but when presented with rice and soup, this can also be served as the main course. 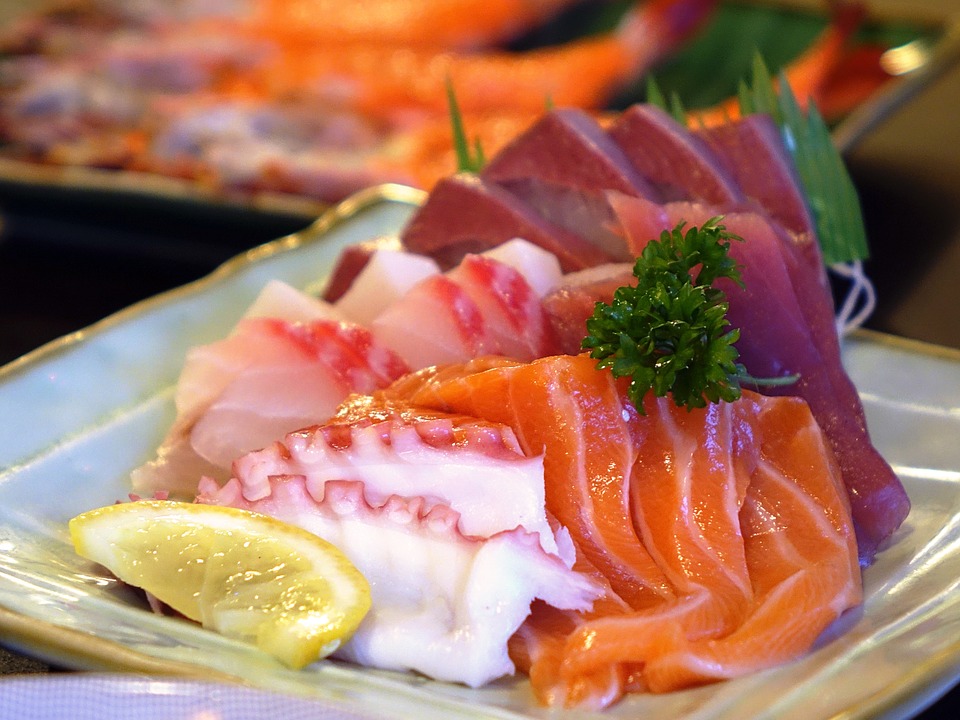 Difference Between Sushi and Sashimi

Sushi: Sushi is a Japanese dish consisting vinegar-flavoured rice served with a garnish of vegetables, egg, or raw seafood.

Sushi: Rice is the main ingredient of sushi.

Sashimi: Raw seafood or meat is the main ingredient of sashimi.

Sashimi: Sashimi is made with seafood like salmon, tuna, scallop, squid, sea urchin, etc. or with meat.

Sushi: Sushi can contain a variety of ingredients including thinly sliced raw seafood.

Sashimi: A typical sashimi dish does not contain rice or nori.

Image Courtesy:
1. “AKA Sushi” By Quinn Dombrowski – originally posted to Flickr as AKA Sushi (CC BY-SA 2.0) via Commons Wikimedia
2. “689148” (Public Domain) via Pixabay