The main difference between tamari and soy sauce is that tamari mainly contains soybeans, while soy sauce contains both wheat and soybeans. 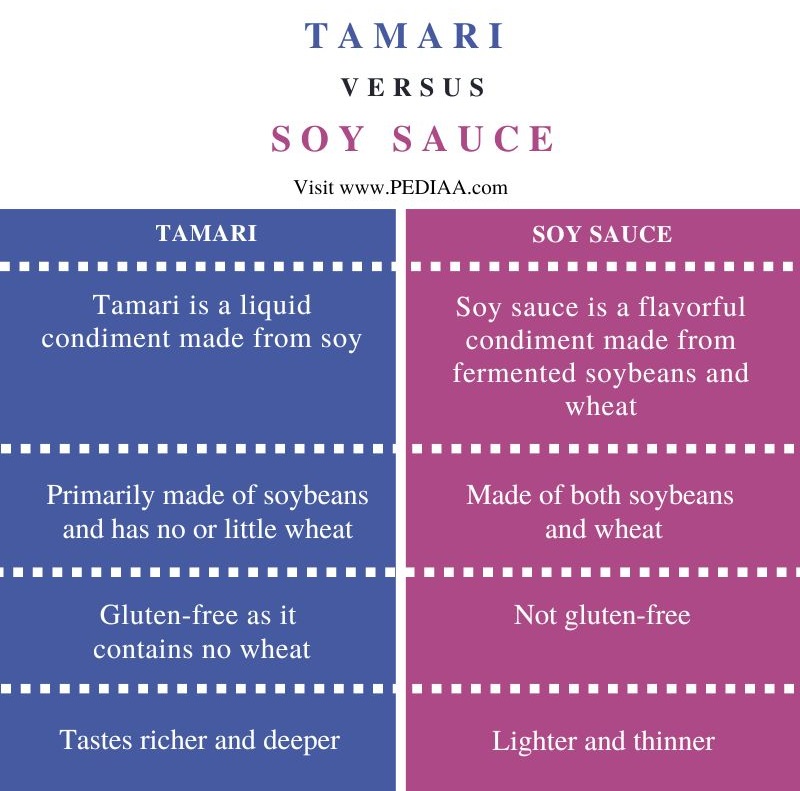 Tamari is a liquid condiment made from soy. It’s one of the many varieties of soy sauce and is formed when pressed from the liquid that drains from miso paste. We can also describe it as a byproduct of miso-paste production. Tamari has a distinctive flavor from soy sauce. It has a rich umami flavor, is more nuanced, and is thicker in texture. You can use it as a marinade or a dipping sauce. 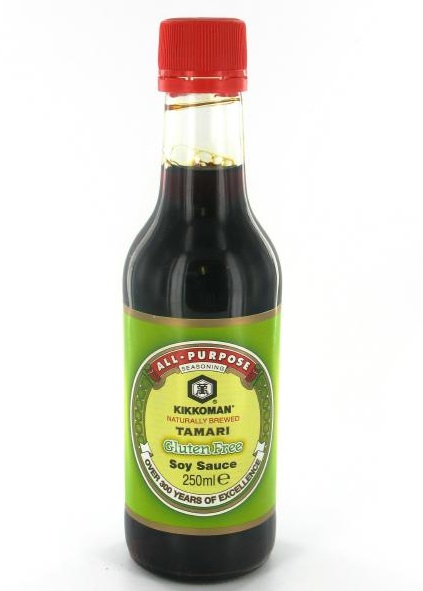 Tamari has a high soy content. It’s also high in proteins and contains good antioxidants. If you are following a paleo diet, you can use coconut aminos (which are soy-free) instead of tamari. But if you are following a gluten-free diet, tamari is a good choice for you (make sure it says gluten-free on the label). In addition, tamari contains a high amount of sodium, about 1000g per tablespoon, so if you are concerned about your sodium intake, consume tamari in moderation.

What is Soy Sauce

Soy sauce is a flavorful condiment made from fermented soybeans and wheat. It has its origins in China and is believed to be derived from a Chinese product called “chiang” over 3,000 years ago. It first came to Europe in the 1600s via Japanese and Dutch trading. Today, soy sauce is one of the best soy products in the world and is a staple ingredient in Asian cuisines, including Chinese, Japanese and Korean cuisines. Soy sauce uses four basic ingredients: soybeans, wheat, salt, and fermenting agents. But regional varieties of soy sauce may have varying amounts of ingredients, which create different flavors and colors. 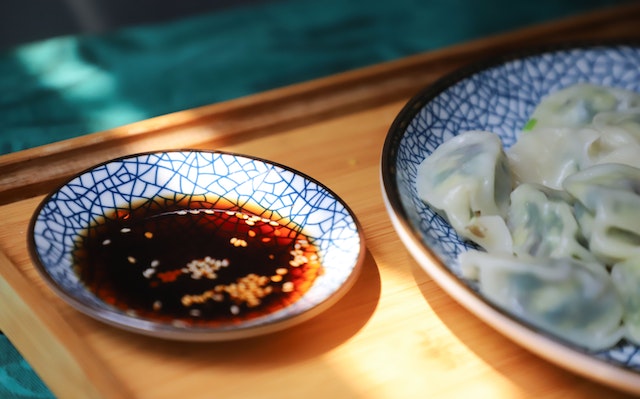 There are different varieties of soy sauce. Dark soy sauce is reddish brown and has a strong smell, while light soy sauce contains more soybeans and less wheat and has a lighter appearance and smell. Shiro is very light in color and is made mainly with wheat, and contains few soybeans. Saishikomi, on the other, has a heavier taste.

Traditionally, soy sauce is made by soaking soybeans in water and roasting and crushing the wheat. This is then mixed with a fermenting agent, usually Aspergillus, and left for 2 or 3 days to develop. The next step is adding water and salt to this mixture. Then the entire mixture is kept in a fermenting tank for 5 – 8 months. During the process of fermentation, enzymes from the fermenting agents break soy and wheat proteins into amino acids. The starch converts to simple sugars and then ferments to lactic acid and alcohol. Once the fermenting and aging processes are complete, the mixture is laid out on a cloth and pressed to release the liquid. The final processing is pasteurizing and bottling. However, the chemical production of soy sauce is much faster and cheaper and only takes a few days. It uses acid hydrolysis.

Difference Between Tamari and Soy Sauce

Tamari is gluten-free as it contains no wheat, whereas soy sauce is not gluten-free.

Since tamari has a high soy content, it tastes richer and deeper, while soy sauce tends to be lighter and thinner.

The main difference between tamari and soy sauce is that tamari mainly contains soybeans, while soy sauce contains both wheat and soybeans. Tamari tastes richer and deeper than soy sauce due to its high soy content.

1. Mandl, Elise. “How Is Soy Sauce Made and Is It Bad for You?” HealthLine.
2. “What is Tamari Sauce?” The Pioneer Woman.