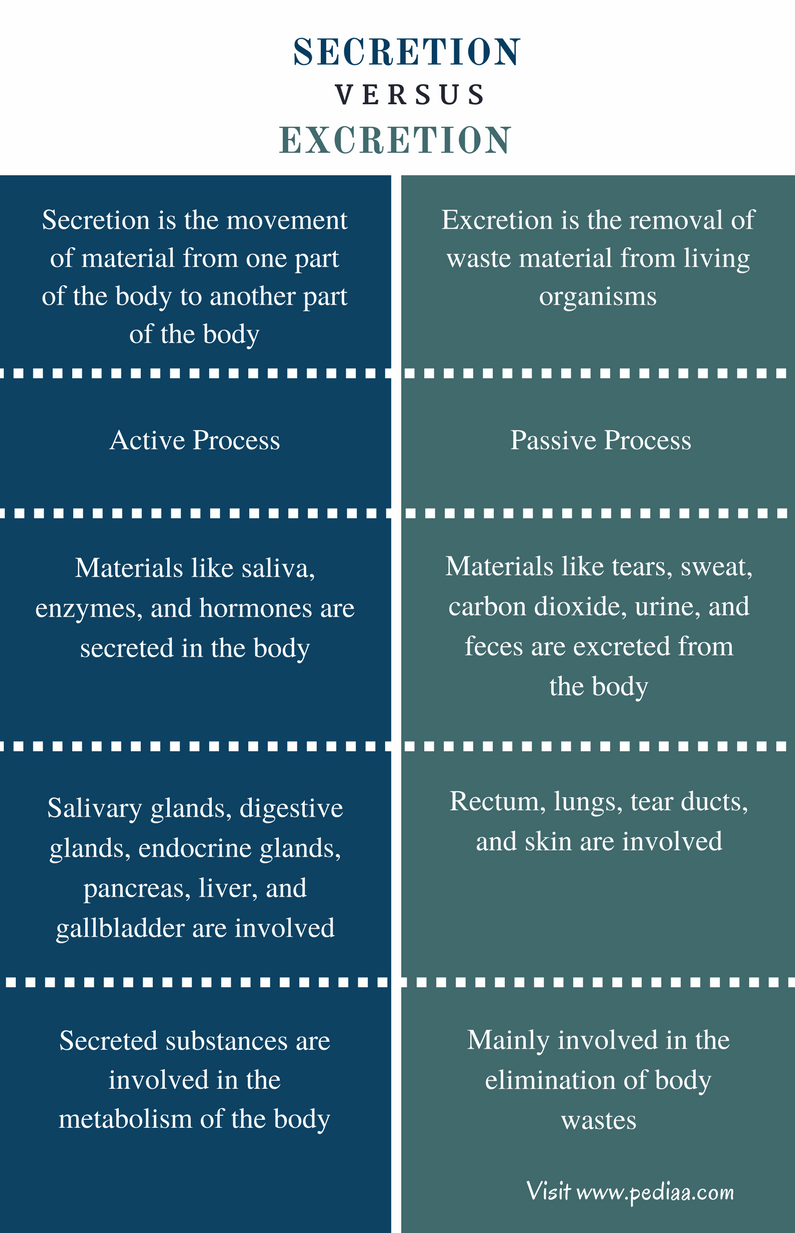 Secretion is a process by which substances are produced and discharged from a cell, gland or organ. Substances like hormones, enzymes, and saliva are the secretory products of humans. Hormones are secreted by endocrine glands while enzymes are secreted by gastric glands in the lining of the stomach. Hormones are secreted into the blood in order to be transported to their site of action. Hormones and enzymes facilitate and regulate biochemical processes. Saliva provides lubrication, moisture, and protection. Golgi apparatus is involved in the production and release of secretory substances within the cells. Secretion by glands is shown in figure 1.

Excretion is the process by which metabolic waste products like urea and carbon dioxide are eliminated from the body. Excretion helps to control osmotic pressure by balancing inorganic ions and water and by maintaining acid-base balance. Thus, the main purpose of excretion is to maintain homeostasis in the internal environment of an organism. Protozoans like Amoeba throw out their wastes by diffusion. In contrast, higher multicellular organisms comprise specialized organs for excretion. Kidneys are the major excretory organs in vertebrates, which maintain water balance while excreting urine. Skin, lungs, and liver are also involved in the excretion in humans. A small amount of urea, water, and salts are excreted from the skin along with sweat. Liver excretes cholesterol and bile. Lungs remove carbon dioxide, which is produced as a by-product of cellular respiration. Eccrine sweat glands are the major type of sweat glands in the human body. 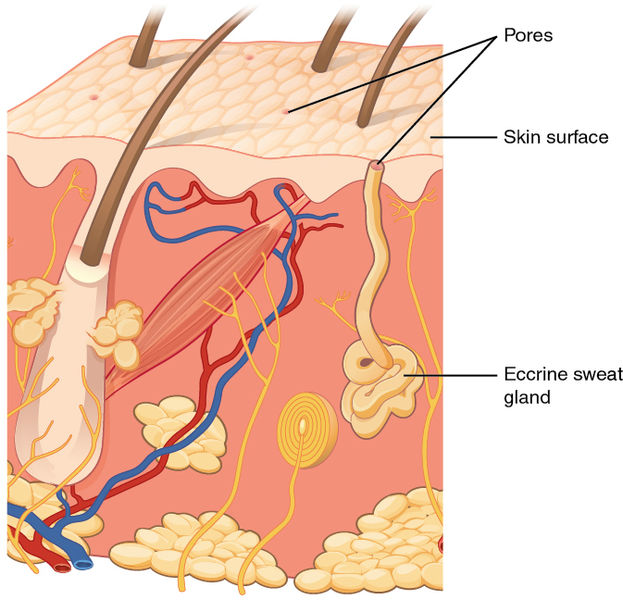 Similarities Between Secretion and Excretion

Difference Between Secretion and Excretion

Excretion: Excretion is the removal of waste material from living organisms.

Secretion: Secretion is an active process.

Excretion: Excretion is a passive process.

Secretion: Materials like saliva, enzymes, and hormones are secreted from the body.

Excretion: Materials like tears, sweat, carbon dioxide, urine, and feces are excreted from the body.

Excretion: Rectum, lungs, tear ducts, and skin are involved in the excretion.

Secretion: Secreted substances are involved in the metabolism of the body.

Excretion: Excretion is mainly involved in the elimination of body wastes.