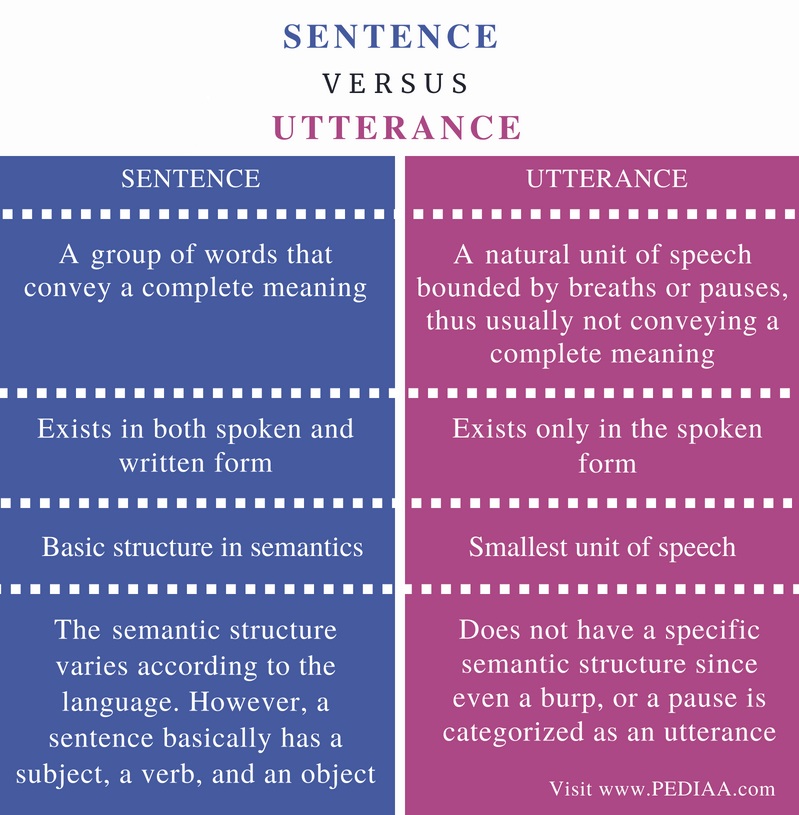 In linguistics, sentence structures with regard to varied languages are learned. In the English language, the structure of a sentence is as follows:

Accordingly, a sentence should consist at least these three fundamental components in order to categorize it as a sentence, or it must at least have a main clause to stand independently.

He went to school. 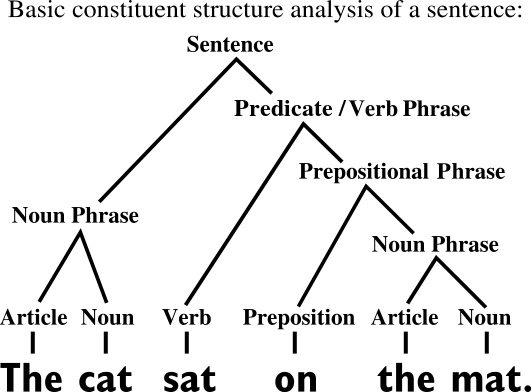 Figure 1: Constituents in a Sentence

However, there are also several sentence categories that convey a complete meaning, especially with the use of intransitive verbs; for example, “She left”. Therefore, in a sentence, the main clause is a necessity.

There are four sentence structures as

Moreover, there are four types of sentences as

What is an Utterance

An utterance is considered the smallest unit of speech. It can be defined as “a natural unit of speech bounded by breaths or pauses.” Thus, it necessarily doesn’t covey a complete meaning. An utterance can, therefore, be a clause, a single word, pause, and even a meaningful statement.

However, unlike a sentence that can exist in both oral and written form, utterance exists only in the oral form. However, they can be represented and delineated in the written form using many ways.

An utterance, since it happens primarily in the oral speech, has several related features such as facial expressions, gestures, and posture. These include stress, intonation, and tone of voice, as well as ellipsis, which are words that the listener inserts in spoken language to fill gaps. In addition to these, an utterance may also include voiced/un-voiced pauses like “umm”, tag questions, false starts, fillers like “and stuff”, deictic expressions such as “over there” with other simple conjunctions like “and,” “but,” etc. 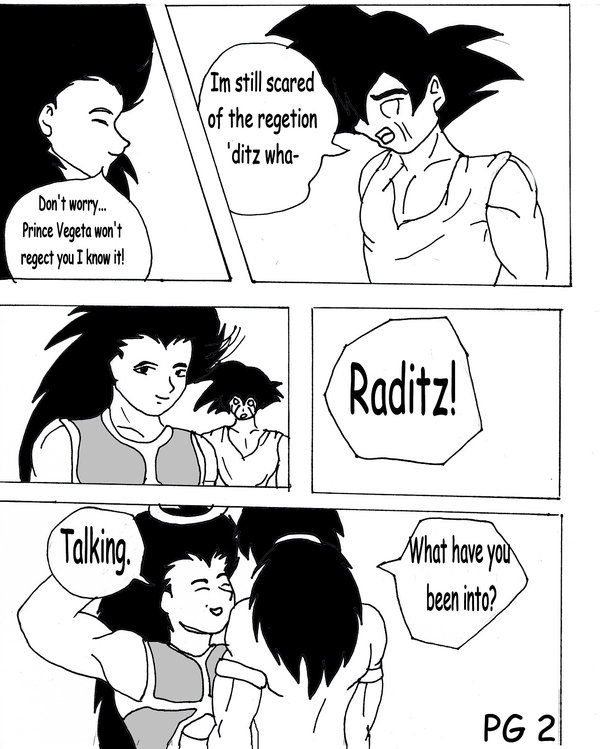 Moreover, to quote Ronald Carter and Michael McCarthy from Cambridge Grammar of English (2006 ) “”We use the term ‘utterance‘ to refer to complete communicative units, which may consist of single words, phrases, clauses and clause combinations spoken in context, in contrast to the term ‘sentence’ which we reserve for units consisting of at least one main clause and any accompanying subordinate clauses, and marked by punctuation (capital letters and full stops) in writing.”

Hence some examples for utterances can be:

Similarities Between Sentence and Utterance

Difference Between Sentence and Utterance

While a sentence exists in both spoken and written form, an utterance exists only in the spoken form.

Sentences are the basic structures in semantics whereas utterances are the smallest unit of speech.

Both sentence and utterance bear significance in linguistics and in communication among humans. Though they appear similar, they have distinct differences between them. The main difference between sentence and utterance is that sentence coveys a complete meaning expressed either in the spoken or written form whereas utterance usually does not convey a complete meaning and it is primarily expressed in the spoken form.