A sentence is a set of words that conveys a complete thought and subject, verb and object are the three main components of a sentence. The subject refers to the person or the thing that is doing or being something. The object is the receiver of action in a sentence. This can be described as the main difference between subject and object.

What is a Subject

The subject is one of the most important components of a sentence. The subject of a sentence refers to the person or thing doing the action or being described. For example,

Subjects can be further categorized as simple subject, complete subject, and compound subject. When the subject of a sentence is simply a pronoun or a noun without any modifiers, we call it a simple subject.

He went to Australia to compete in an IQ quizz.

That pretty little girl is a friend of my daughter.

The new candidate is very intelligent.

Neil and James fought with each other.

The new girl and the tall girl from the back row fought with each other.

You can identify the subject of a sentence by asking questions using the question words who or what. For instance,

Sentence: The man who killed his wife got a life sentence.

Question: Who got a life sentence?

Answer: The man who killed his wife – subject (complete subject)

Sentence: Daily News is the most popular newspaper in our town.

Question: What is the most popular newspaper in our town? 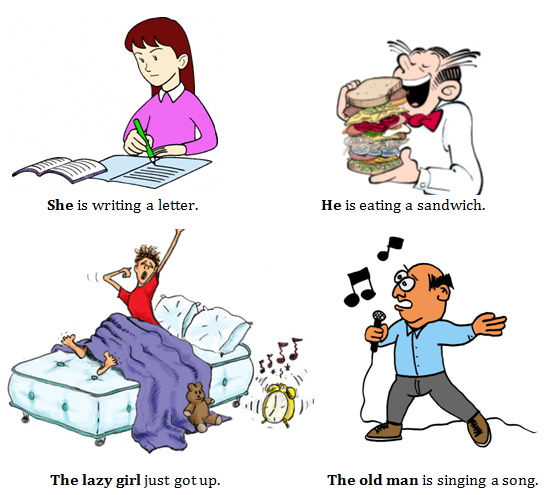 What is an Object

Object is the receiver of action in a sentence. An object can be a noun, pronoun, or a noun phrase that is governed by the verb and the subject. There can be two main types of objects in a sentence: direct object and indirect object.

The direct object is the noun, pronoun or noun phrase that receives the action or shows the result of the action.

He kicked the ball.

He pushed her out of the door.

If you can identify the subject and the verb in a sentence, then you can easily find the direct object by using the question verb what or whom.

He kicked the ball – What did he kick?

He posted a letter to her.

Please give me your address. 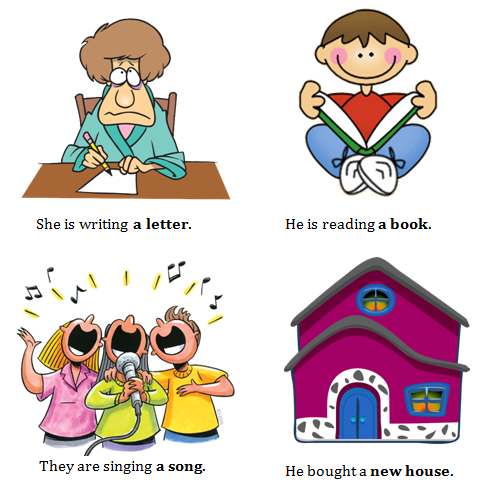 Difference Between Subject and Object

The subject  is the person or thing doing the action.

The object is the person or thing receiving the action.

Subject can be identified by using the question words what or who.

Object can be identified by using the question words what or whom.

Subject can be classified as simple and complete subjects.

Object can be classified as direct and indirect object.

Subject agrees with the verb.

Object does not agree with the verb. 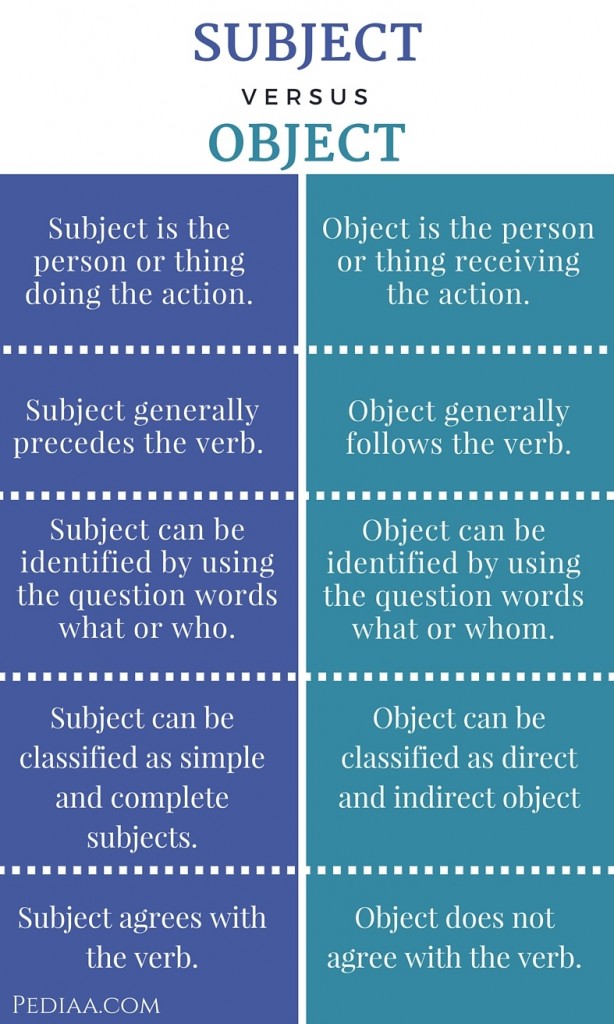