Southern, Northern, and Western are three blotting techniques used to detect a specific DNA, RNA or protein molecule in a sample. During blotting, the macromolecules are transferred onto a membrane from the gel and made to bind with a specific nucleic acid or antibody that aid in the detection. 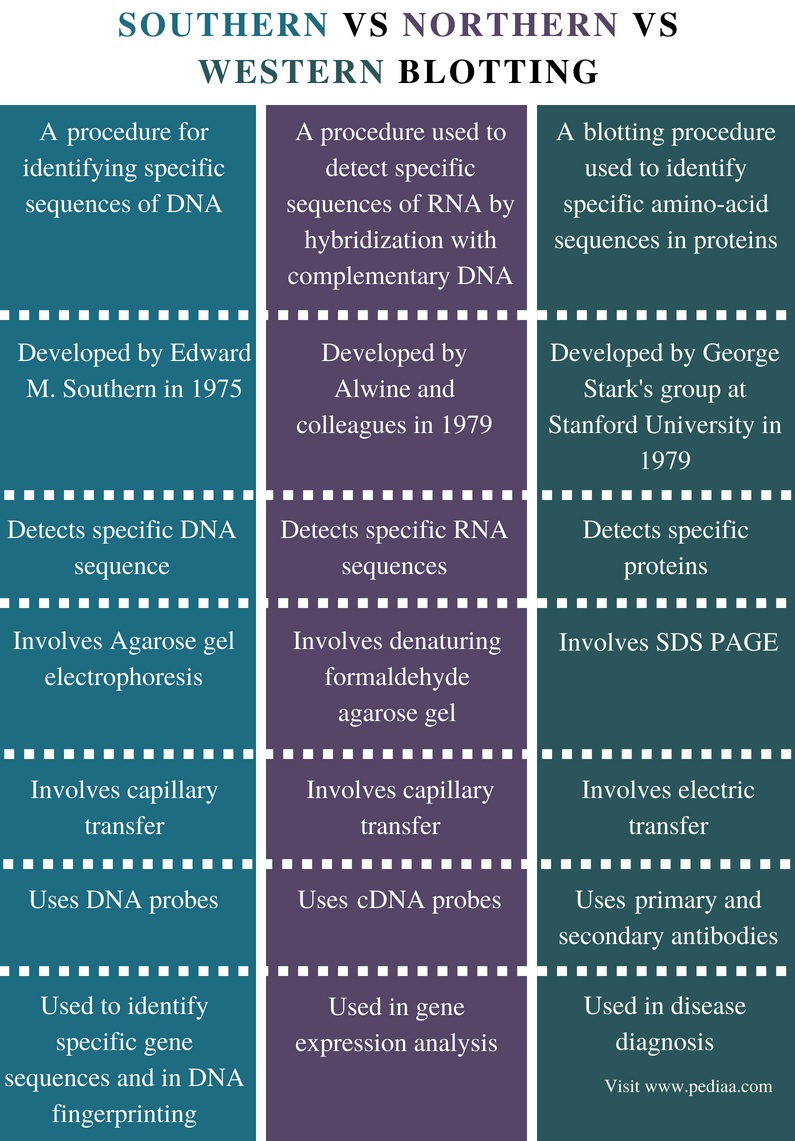 What is Southern Blotting

Southern blotting is the technique used to detect a specific DNA sequence in a mixture of DNAs. The basic steps of a Southern blot are as below.

Transfer – During the transfer, a nitrocellulose membrane is placed in contact with the gel and DNA bands move onto the membrane through the capillary action. 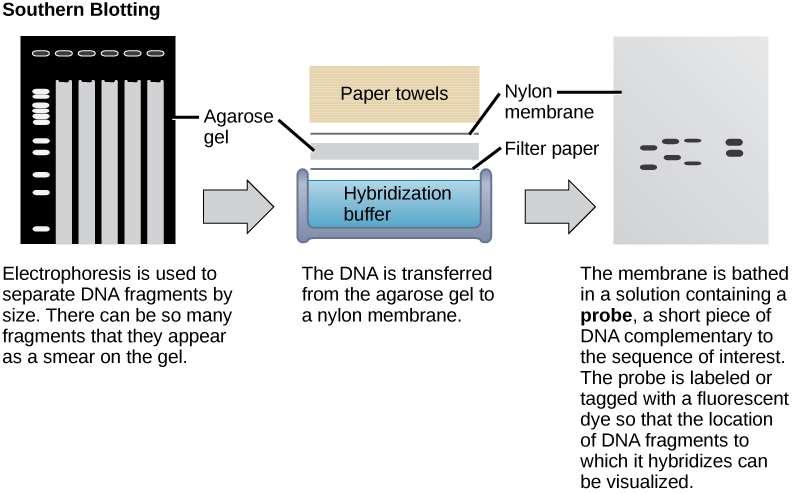 The main purpose of Southern blotting is to detect a specific DNA sequence in a sample. The technique is used in DNA fingerprinting, paternity testing, victim identification, and criminal identification. It also helps in the identification of specific genes, in RFLP (restriction fragment length polymorphism), mutation and identification of gene rearrangement, genetic diseases and infectious agents.

What is Northern Blotting

Northern blotting is the technique used to detect a specific RNA in a mixture of RNAs. The basic steps of a Northern Blot are as below.

Electrophoresis – It separates RNA sample according to the size into distinct bands.

Transfer – By capillary action, RNA bands in the gel are transferred onto the membrane.

Detection of specific sequences – The target RNA sequence is detected by hybridization with a labelled oligonucleotide probe made up of DNA. 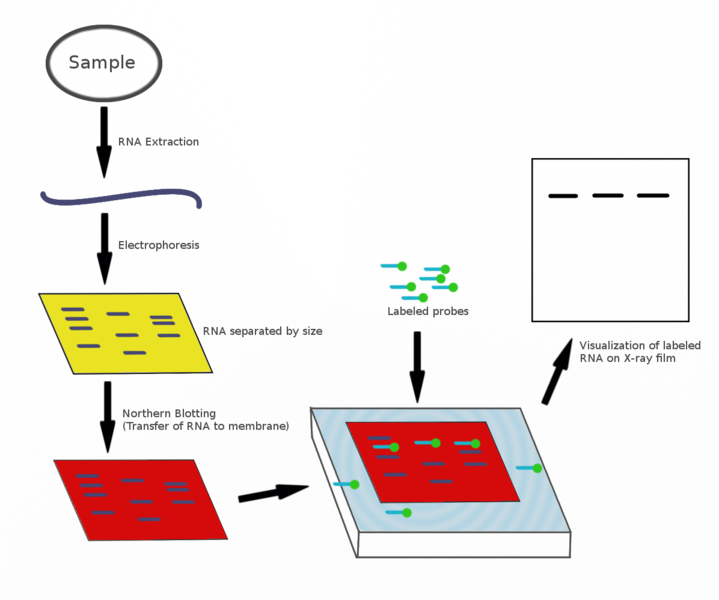 Since Northern blotting can identify specific RNA sequence in a sample, it can be used in the gene expression studies. It can also help in disease diagnosis.

What is Western Blotting

Western blot is a blotting technique used to detect a specific amino acid sequence in a mixture of proteins. The basic steps of a Western Blot are as below.

Electrophoresis – Individual proteins are separated based on the size into bands by SDS PAGE.

Transfer – Protein bands in the gel are transferred onto a membrane by blotting.

Detection of Specific Proteins – The membrane with separated proteins is incubated with a primary antibody that only bind to the specific protein. A secondary antibody, which is labeled with an enzyme such as horseradish peroxidase (HRP) or alkaline phosphatase, is used to detect the primary antibody. When incubated with the substrate, the enzyme action visualizes the binding of antibodies to a specific region on the membrane. 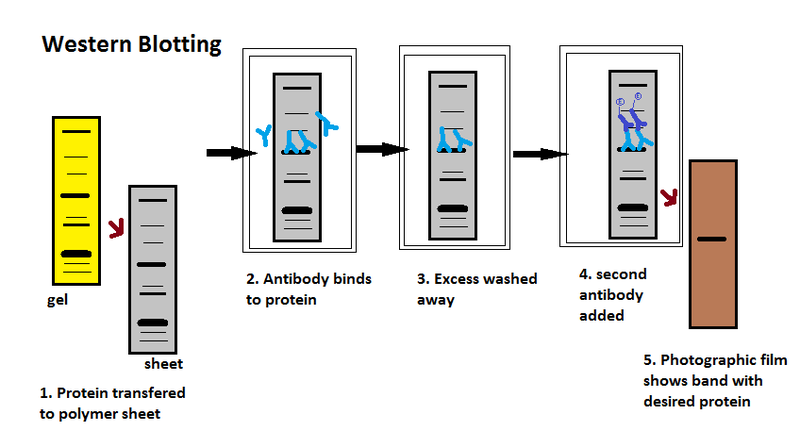 Western blotting is also called protein blot or immunoblotting. It can identify the number of proteins in a sample, presence of bacteria and virus in serum, and the presence of HIV antibodies in the serum. It can also detect defective proteins. Moreover, western blotting is the definitive test for Hepatitis B, Creutzfeldt-Jacob disease, Lyme disease, and Herpes.