The main difference between SSD and HDD is that the SSD is faster and consume less energy than the HDD (Hard Disk Drive). Also, the HDD has moving parts and generates more heat.

Both SSD and HDD perform the same job. They help to boot up your system and store your personal files and applications. But each of the above-mentioned drives come with unique features. Let us take a closer look at both drives and get to know why we would want to get one over the other. 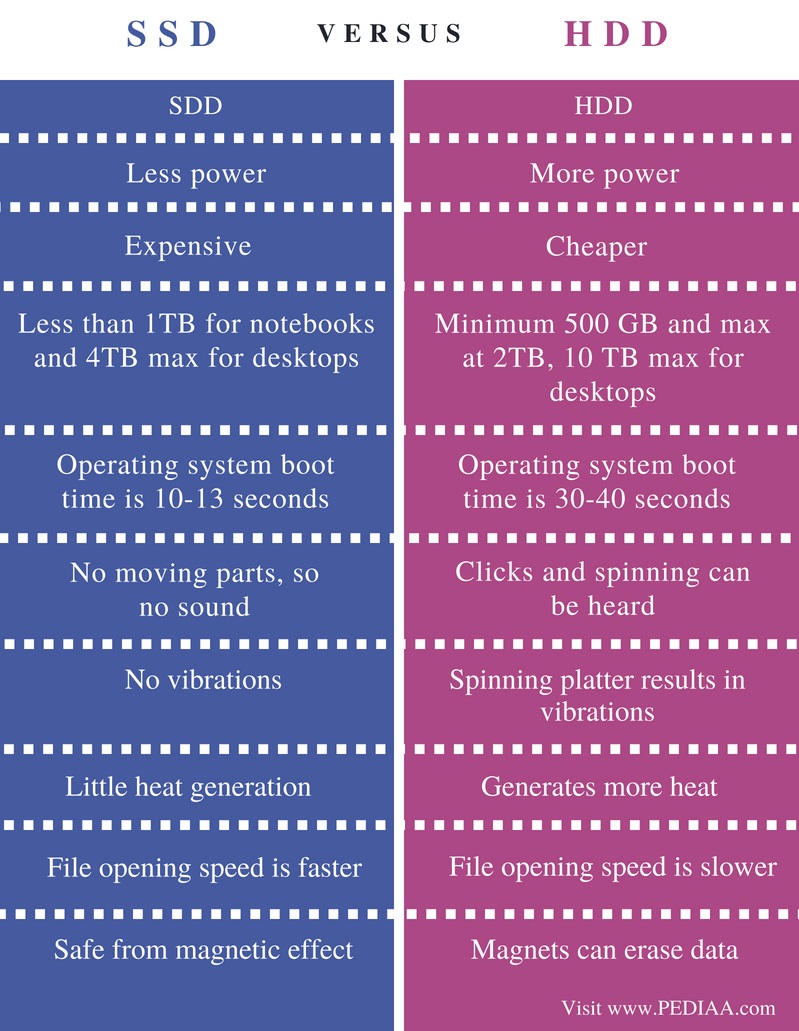 From a functional point of view, SSD (Solid State Device) is able to perform everything the hard drive does. It stores data with the help of interconnected flash memory chips that will retain the stored data even when the power is turned off. The flash memory chips are different when compared with the chips found in USB flash drives. The SSD flash chips are faster and more reliable. SSD is expensive when compared to USB thumb drives with the same capacity. They are usually smaller in size like USB thumb drives and are often smaller than HDDs. They offer flexibility when designing personal computers. They can even be installed in PCIe expansion slots and can be mounted on to motherboards directly. SSD are becoming very common in all in ones and high-end laptops.

HDD (Hard Disk Drive) is a nonvolatile storage with traditional spinning hard drive. Information will not go away after you turn off the system. 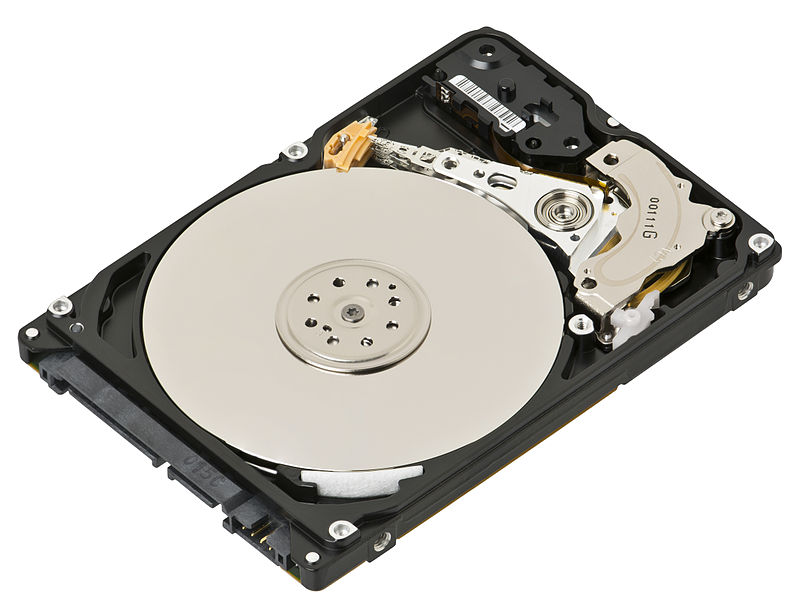 A hard drive will contain metal platter that has a metal coating to store data. It will have a read-write arm which will be used to access the data while the meal platters spin.

Difference Between SSD and HDD

SSDs are more expensive when compared to HDD. Hard disk drives will remain cheaper as they use more established technology. If you go for an SSD, it can push the price over your budget when buying a PC.

Although there are 4TB, which are rare and expensive, 500Gb and 1TB SSD units are commonly used as primary drives in systems. There are 128GB SSD s that are low priced. Multimedia users will need anywhere from 1 TB to 4 TB on high-end systems. If the capacity increases, you will be able to store more data on your hard drive. Cloud storage is great if you want to share your data with tablets, phones, and PCs but using local storage is cheap, and you will only need to buy it once. HDDs are generally in the range of 500GB to 2TB

SSD is ideal when it comes to speed. An SSD supported PC will be able to boot in no time and often will only take a few seconds. A hard disk drive will need time to speed up and perform slower than a normal SSD. An SSD powered Mac or PC will boot faster, transfer files faster and run apps at a fast pace. Therefore, speed is one of the main difference between SSD and HDD.

Hard disk drive can suffer from fragmentation where large files can get scattered on the disk platter. On SSDs, data can get stored anywhere due to the lack of a physical head. Thus, SSDs are faster.

From a durability point of view, SSD will be able to last longer as SSDs do not have moving parts when compared to HDDs. If you are a rough user of your equipment, you should consider an SSD over HDD.

HDDs are plentiful while SSDs are becoming more prevalent with the release of high-end laptops like Mac Book Pro which do not use HDDs. Cheaper laptops and desktops continue to use HDDs.

An HDD will emit a little bit of noise due to the drive spinning and the reading arm moving back and forth. Faster HDDs will make more noise when compared to smaller ones. As SSD does not use mechanical motions, they produce virtually no noise at all.

Unlike HDDs, SSDs do not need to expend electricity on spinning platters; therefore, energy is not wasted on noise and friction. SSD installed servers and desktops will lead to low energy bills and laptops and tablets will be able to last longer because of the energy saving. Therefore, another important difference between SSD and HDD is the heat generation.

Until the recent past, the choice was limited when deciding on the kind of storage device to use on desktops and laptops. If you have an ultra-portable device, it would usually come with an SSD while the other laptops and desktops will come with an HDD. But, now you have the chance of configuring your system; you can decide between HDDs or SSDs. By considering the advantages and disadvantages of the available storage options, you can choose the one that best suits you.

About the Author: Reginald

Reginald has a BEng (Hons) degree in Electronics Engineering and has great passion for writing. He has been a freelance writer for over two years. His interests include electronic gadgets, smartphones and cameras, software, programming, and networking. He is also a detail
oriented person who is in the lookout for new trends and developments in technology.