Stoma and stomata are the two structures mostly found on the underside of the epidermis of plant leaves. Stoma is formed by the two guard cells, which are specialized parenchyma cells found in the epidermis of plants. Stoma is involved in the gas exchange between the plant body and the external environment. The size of the stoma is regulated depending on the environmental conditions, mainly the availability of water. Carbon dioxide which is required by photosynthesis is taken up into the cell through stoma. Oxygen, which is the byproduct of photosynthesis is also released to the external environment through stoma. The main difference between stoma and stomata is that stoma is the pore, which is surrounded by two guard cells whereas stomata are the collection of stoma found inside the lower epidermis of plant leaves. 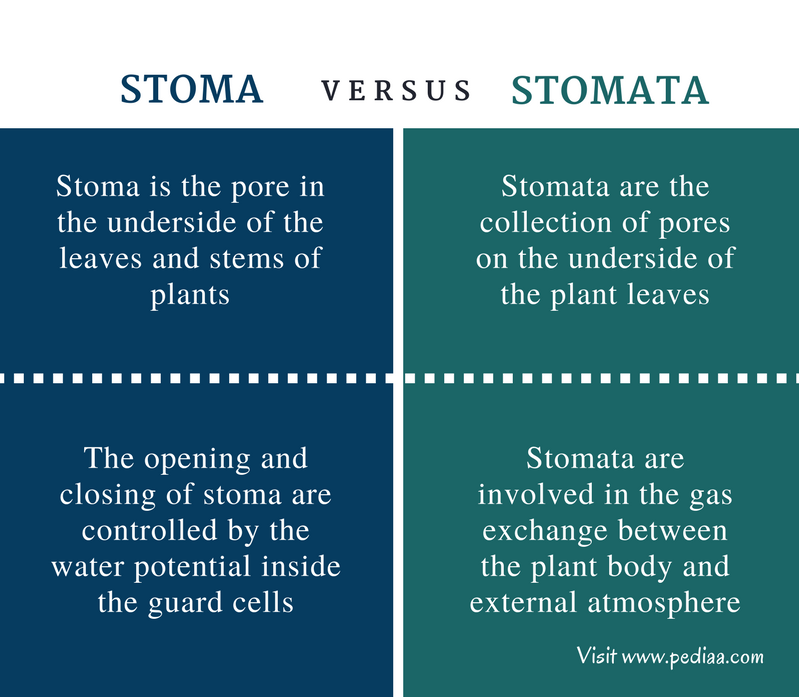 What is a Stoma

Stoma is a hole found on the underside of the plant leaf, involved in the gas exchange between leaf and the external environment. It is formed by the combination of two guard cells, which are specialized parenchyma cells found in the epidermis of leaves. Guard cells are found in the epidermis of the stems as well. The hole between the two guard cells is called a stomatal pore. The size of the stomatal pore is increased with the availability of water inside the guard cells. 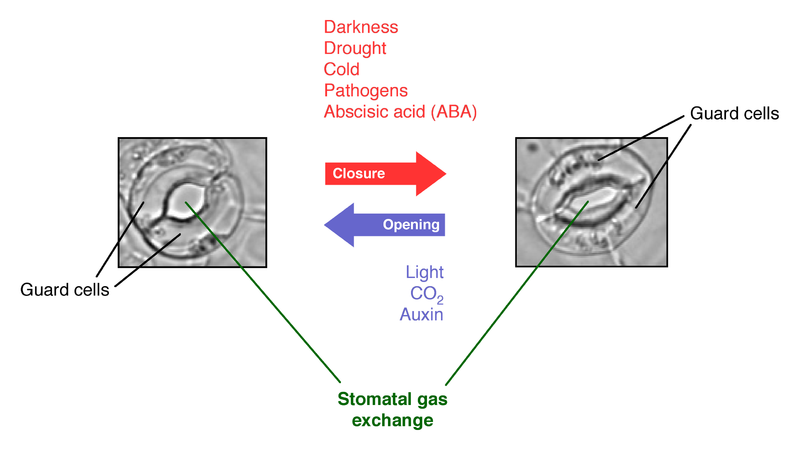 Figure 1: The opening and closing of stomatal pore

Stomata are the stomal pores found on the underside of the plant leaf. Stems of the plants also contain stomata. The opening of stomata occurs in the presence of water inside the plant. Opened stomata allow the water vapor to exit from the plant. This process is called transpiration. Transpiration produces a pull on water in the xylem to move upwards inside the stem. It also allows cooling of the plant body. 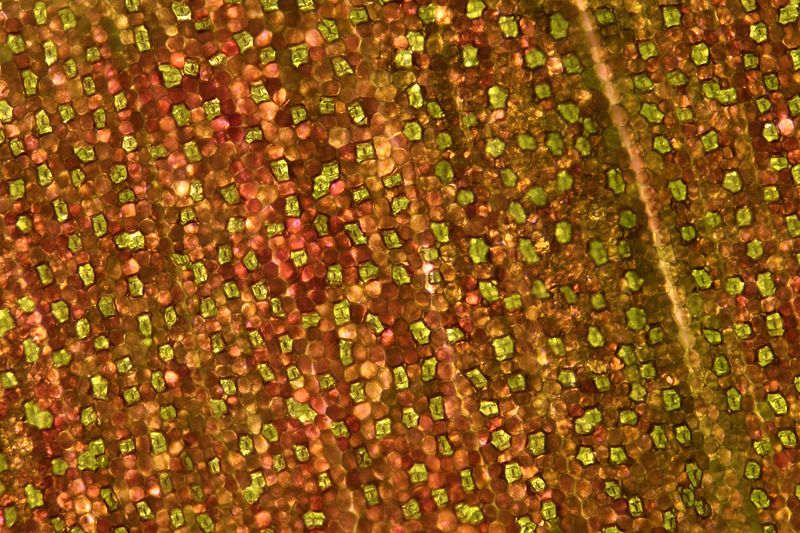 Figure 2: Stomata in the underside of a leaf

Difference Between Stoma and Stomata

Stoma: Stoma is the pore in the underside of the leaves and stems of plants.

Stomata: Stomata are the collection of pores on the underside of the plant leaves.

Stoma: The opening and closing of stoma are controlled by the water potential inside the guard cells.

Stomata: Stomata are involved in the gas exchange between the plant body and external atmosphere.

Stoma and stomata are gas exchanging structures found in the leaves and stems of plants. Stomata is the plural word of the stoma. The opening and closing of stoma are regulated by the water potential inside the guard cells. Pair of guard cells form a stoma. When the water potential is high in guard cells, the turgor pressure inside the cell is increased and the size of the stomatal pore is increased, opening the pore. While the stomata pore is opened, carbon dioxide in the external atmosphere enters into the leaf, increasing the rate of photosynthesis. Oxygen is liberated into the outer atmosphere as a byproduct of the light reaction of photosynthesis. When water potential is low, especially during hot and dry conditions, the turgor pressure of guard cells is decreased, closing the pore. This leads to the low concentrations of carbon dioxide inside the leaf, reducing the rate of photosynthesis of C3 plants. C4 plants bear mechanisms, which can overcome the low concentration of carbon dioxide. However, the main difference between stoma and stomata is their role in the photosynthesis of plant leaves.