1. What is Styrene?
– Characteristics, Properties, Applications

2. What is Polystyrene?
– Characteristics, Properties, Applications

3. What is the difference between Styrene and Polystyrene? 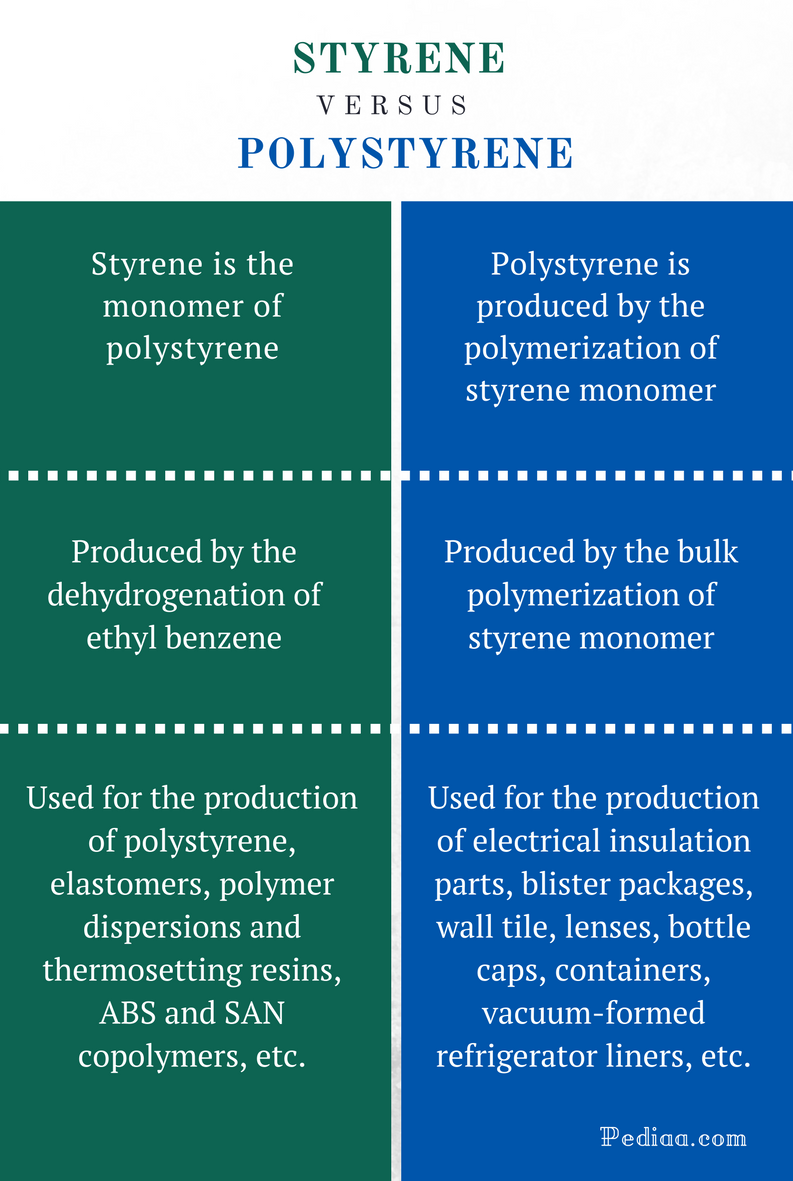 Styrene is an important raw material in various polymer products. It is one of the oldest vinyl compounds and the industrial exploitation of this compound started in the late 1920s. However, the compound was first isolated as early as 1839 by a German chemist called Edward Simon. The chemical name of styrene is vinyl benzene. It is an aromatic monomer with a benzene ring attached to C=C double bond. Styrene is produced from ethyl benzene in commercial scale. It can be polymerized by using solvent, bulk, emulsion, or suspension polymerization techniques. During this reaction, organic peroxides are used as catalysts to increase the rate of reaction.

Polystyrene was among the most important plastics used during World War II. The initial development of commercial production of polystyrene occurred in Germany and United states in the late 1920s. Polystyrene is an amorphous thermoplastic, produced by the bulk polymerization of styrene monomer. It is an inexpensive, transparent, rigid, easily molded polymer and possesses excellent electrical and moisture resistance. Physical properties of polystyrene depend on the processing, molecular mass distribution and nature of additives.

The common applications of polystyrene include electrical insulation parts, blister packages, wall tile, lenses, bottle caps, small jars, containers of all kinds, vacuum-formed refrigerator liners, and transparent display boxes. In addition, polystyrene forms (regiform) are widely used as a food-packaging material. Polystyrene is also used to produced toys and model kits, inexpensive dishes, utensils, and glasses. Thermal distortion of polystyrene occurs when it is exposed to about 65 °C temperature for a long time. 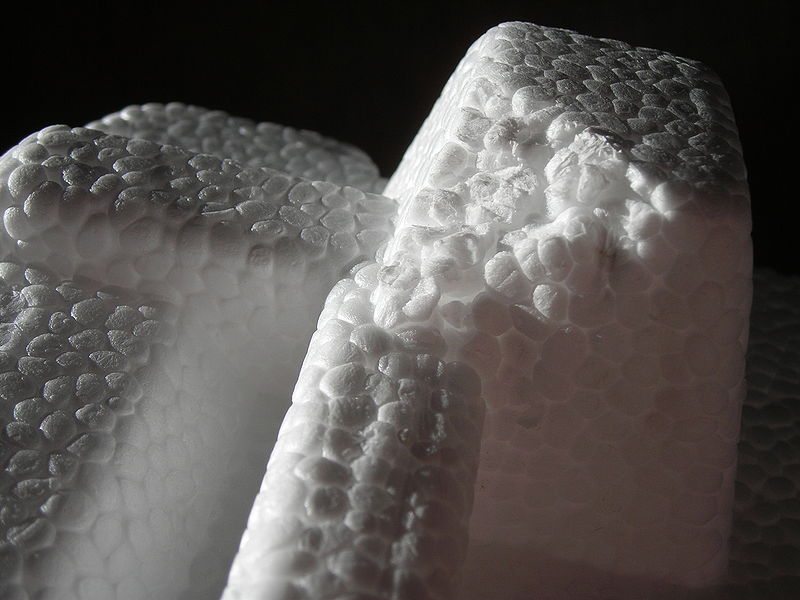 Difference Between Styrene and Polystyrene

Styrene is the monomer of polystyrene.

Polystyrene is produced by the polymerization of styrene monomer.

Styrene is produced by the dehydrogenation of ethyl benzene.

Polystyrene is produced by the bulk polymerization of styrene monomer.

“Polistirolo” By Phyrexian – Own work (CC BY-SA 3.0) via Commons Wikimedia