Home » Technology » IT » Programming » Difference Between Testing and Debugging

Software development is a complicated process that involves several phases such as requirement analysis, designing, development, testing, and maintenance. Testing and debugging are two activities in software development. Testing is the process of finding the defects in the software. Debugging is the process that helps to solve the recognized defects. Both testing and debugging help to provide a quality, working software to the users. 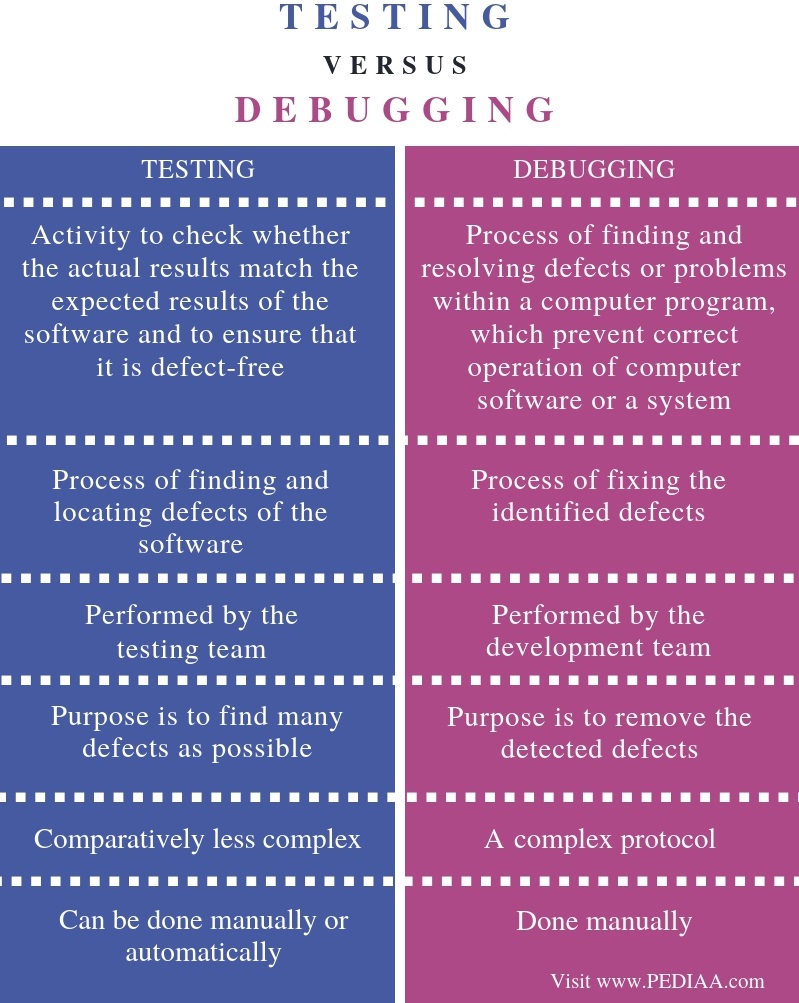 Testing is the process of verification and validation of software. It ensures that software is working as expected. In other words, it checks whether the software has achieved the expected output. Testing is performed by a team of testers. They identify defects in the software. When the testers find a defect they record it and inform it to the development team. Testers create a complete report with all the details of the defect. It includes details such as defect ID, description, occurrence, what happened due to the defect, etc. The development team uses this report for debugging. 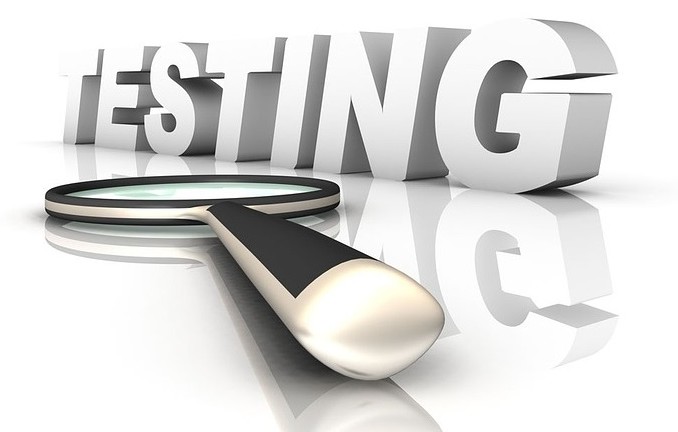 Debugging is performed by the testing team after receiving the test report from the testers. The developer goes through the reports and tries to find the cause of the defects. He or she goes through the section of the code where the defect occurred and checks each line of the program. After detecting the defect, he/she modifies that section of the code and rechecks again to ensure that the defect has been eliminated. After fixing the defect, the developer sends the software back to the testing team. Nowadays, most development environments consist of a special tool called debuggers to support debugging process.

Difference Between Testing and Debugging

Testing is an activity to check whether the actual results match the expected results of the software and to ensure that it is defect-free. Debugging is the process of finding and resolving defects or problems within a computer program, which prevent correct operation of computer software or a system.