Main Difference – To vs Too

To – Meaning and Usage

To, as mentioned above, has two basic functions. It functions as a preposition or an infinitive marker. As a preposition, it indicates a direction, location or motion. To also identifies the person or thing affected or receiving something. This preposition is also used to show a change of state or condition.

My parents went to school to meet my teacher.

I gave all my books to my sister.

Mary commutes from Basildon to London every day.

The angry woman tore the letter to pieces.

Your mother wasn’t very nice to me.

I gave it to her for safekeeping.

She was amazed by her first visit to the zoo.

I want to visit my grandparents on Sunday.

You need to study medicine to become a doctor.

Listen well; I’m going to tell you a story.

Can you please get me something to eat? 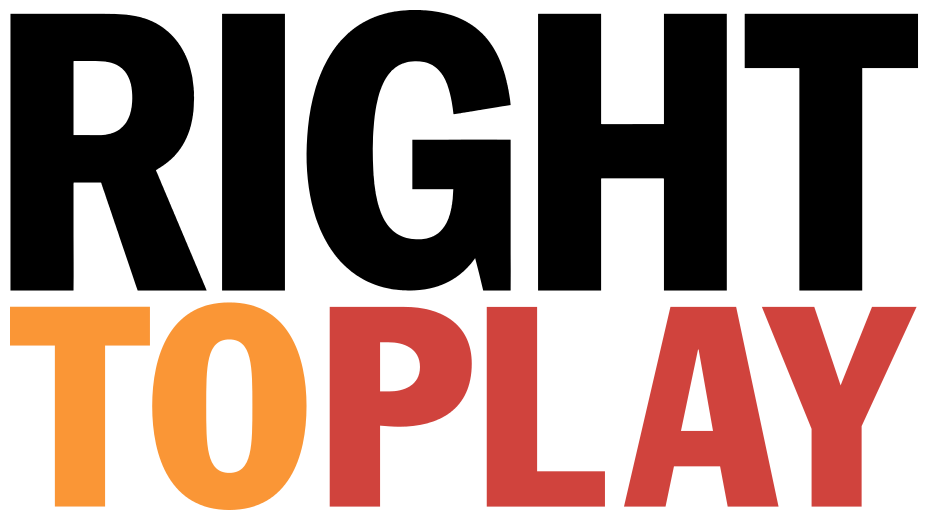 Too – Meaning and Usage

Too is an adverb. Despite sounding and looking like to, it has vastly different functions and meanings. Too has two meanings. Too can mean also, in addition, or as well. For example, too in the following sentences can be replaced by adverbs like also or as well.

Are you coming too?

Do you think that too?

I’ve been to London too.

He is a grown man, and intelligent too.

Children are victims of abuse too.

Too can also imply an idea of excess. It means more than it should be. In this meaning, too is similar to very, excessively, overly, over, etc. For example,

He is too intelligent for his age.

You are driving too fast.

She doesn’t look too happy, does she?

If you are too late, you’ll lose everything.

It’s too bad that you lost the right.

There are many fixed phrases that use too. All too, too much, none too, etc. are some of them. 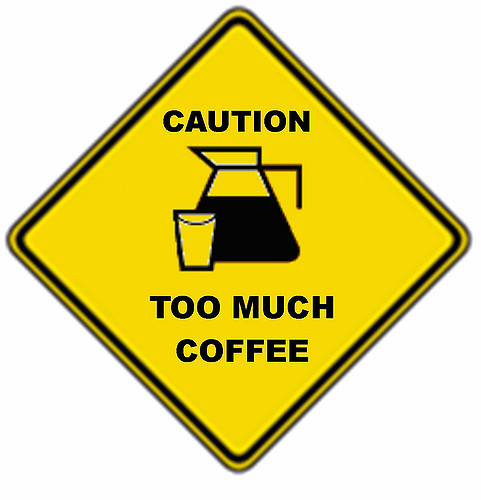 Difference Between To and Too

To is a preposition or an infinitive marker.

Too is an adverb.

Position in a Sentence

To usually occurs after the main verb.

Too occurs at the end of a sentence (meaning 1), or just before an adjective (meaning 2).

To is more commonly used than too.

Too is less commonly used than to. 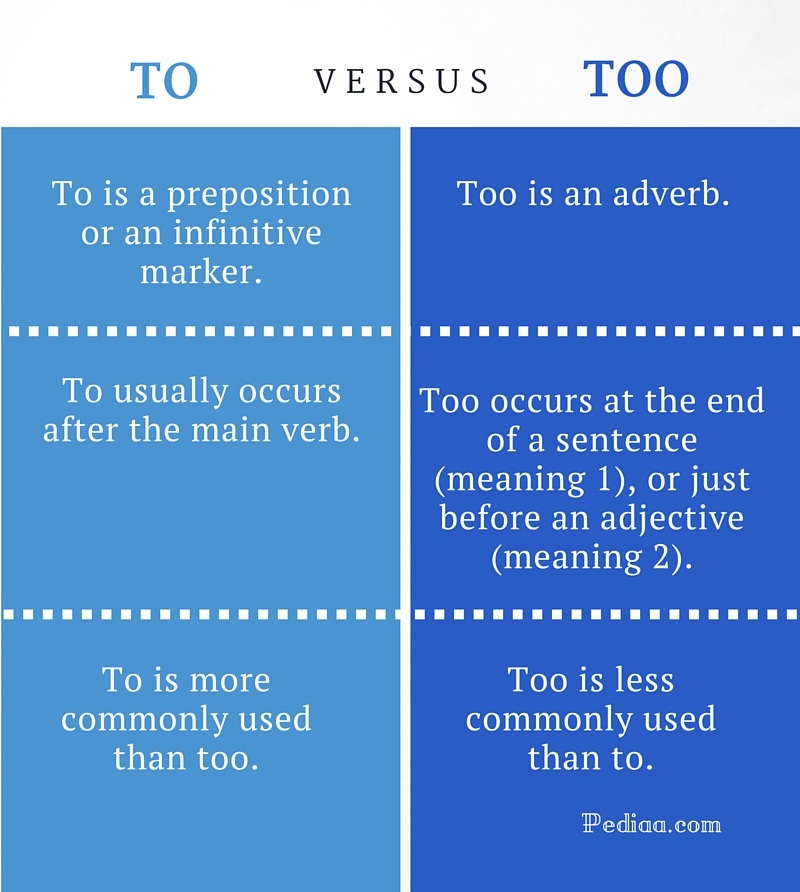 “Image 1” by Right to Play – (Public Domain) via Commons Wikimedia