The main difference between urgent and emergency is that urgent is an adjective, whereas emergency is a noun.

Emergency refers to a serious and often dangerous situation requiring immediate attention. Urgent is an adjective that describes something needing immediate action or attention. Therefore, both these words have a similar meaning. However, their usage in sentences is different because they belong to two different grammatical categories. 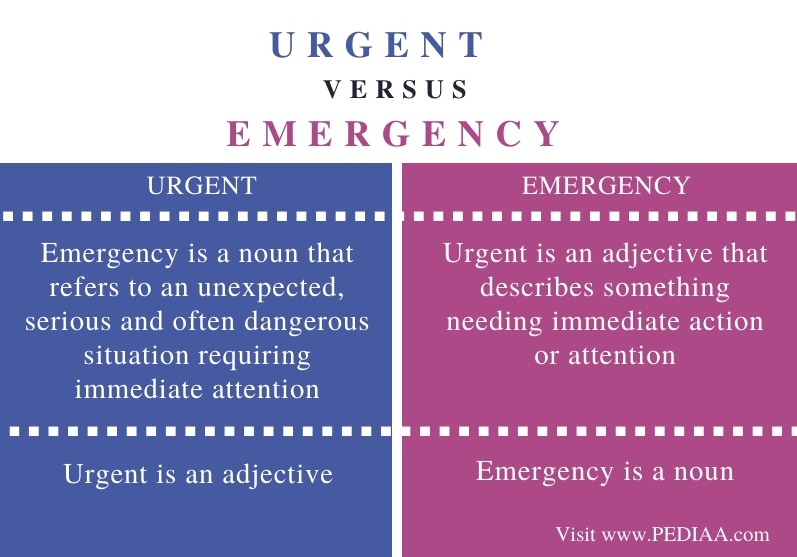 Urgent is an adjective that means “requiring immediate attention or action.” Therefore, we use it to describe things that are very important and need attention immediately. If something is urgent, then it means that you have to deal with it as soon as possible. Furthermore, the adverb form of urgent is urgently.

Let’s look at some examples with this adjective:

He has some urgent business to attend to.

This case needs your urgent attention, so please concentrate.

The most urgent thing in a fire is to get everyone out of the building.

War refugees are in urgent need of food and water.

Their channel broadcasted an urgent appeal to stop the genocide.

The doctors said that Jake needs an urgent operation.

The word emergency is a noun that refers to an unexpected, often dangerous situation needing immediate action. For example, an accident, which happens suddenly, and which needs quick action to deal with it. Another example is a sudden health condition like a stroke or attack. In addition to these, natural disasters like earthquakes, floods, wildfires, hurricanes, tsunami, etc. are also emergency situations. 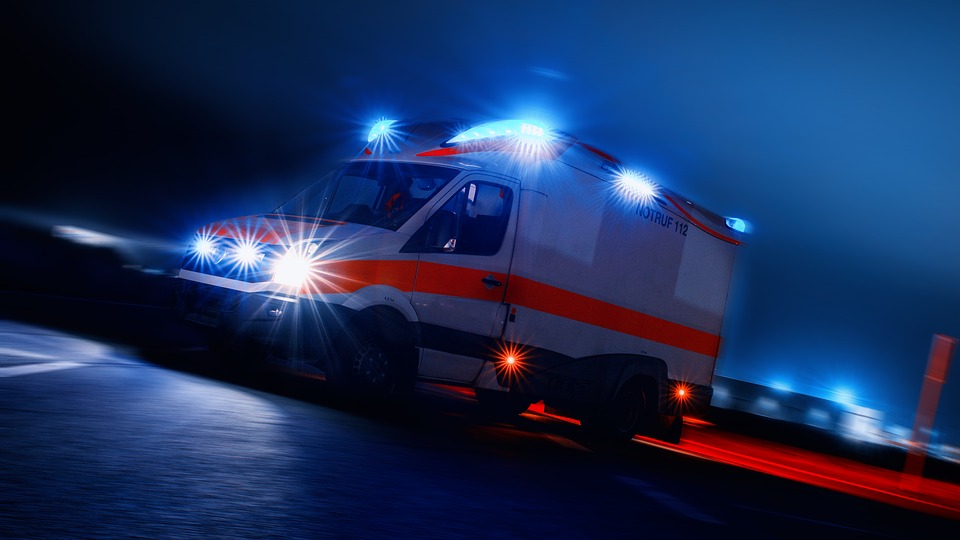 Basically, an emergency poses an immediate risk to life, health, property, or environment.  We usually call the police, fire department or medical personnel in case of an emergency. Similarly, an emergency ward is a ward in a hospital that takes in patients who require immediate care.

She always carries a medical kit for emergencies.

The general manager has called an emergency meeting to discuss the new changes.

I was asked to call this number in case of an emergency.

Roger’s quick response to the emergency proved to be a lifesaver.

They couldn’t get out on time because the emergency exit of the building was blocked.

It was a medical emergency that needs prompt diagnosis and treatment.

He was immediately admitted to the emergency ward, which saved his life.

Their NGO opened an emergency shelter for the victims of the floods.

Similarities Between Urgent and Emergency

Difference Between Urgent and Emergency

The word emergency is a noun that refers to an unexpected, serious and often dangerous situation requiring immediate attention. On the other hand, urgent is an adjective that describes something needing immediate action or attention.

While urgent is an adjective, emergency is a noun.