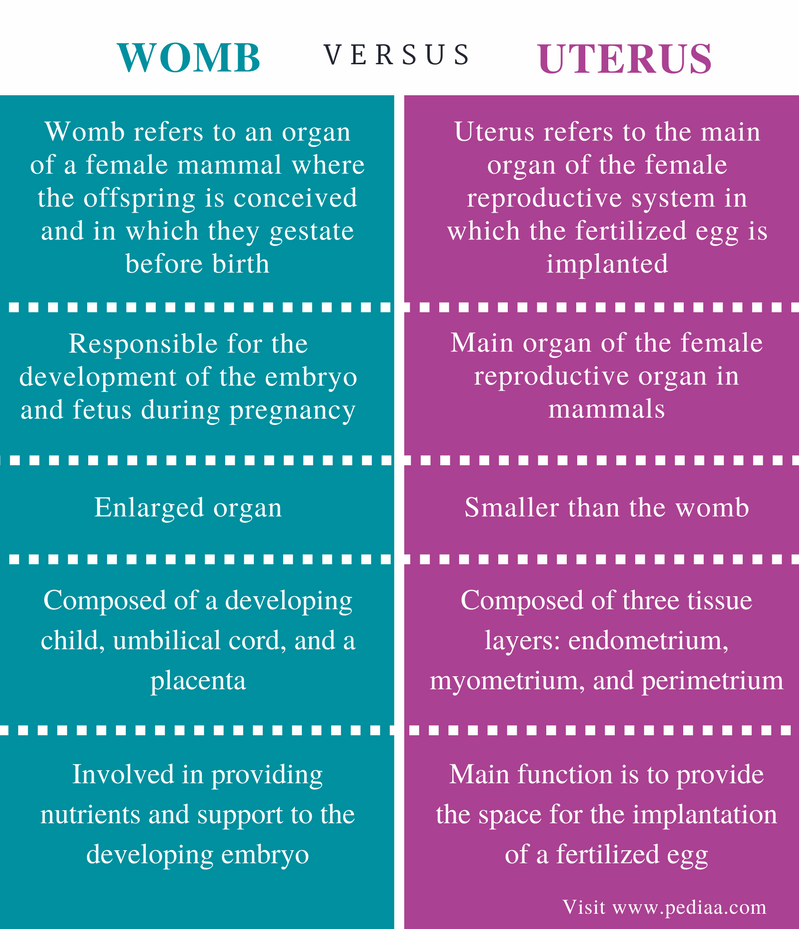 Womb refers to an organ of a female mammal where the offspring is conceived and in which they gestate before birth. When the egg cell is successfully fertilized, the zygote may implant by itself into the lining of the endometrium. The zygote may develop into an embryo and then into a fetus. The lining of the endometrium develops the placenta, connecting the developing fetus with the wall of the womb. It allows the uptake of nutrients from the mother’s blood supply, thermo-regulation, gas exchange, and waste elimination. The conduit between the placenta and fetus is the umbilical cord. A womb with the placenta and the fetus in humans is shown in figure 1. 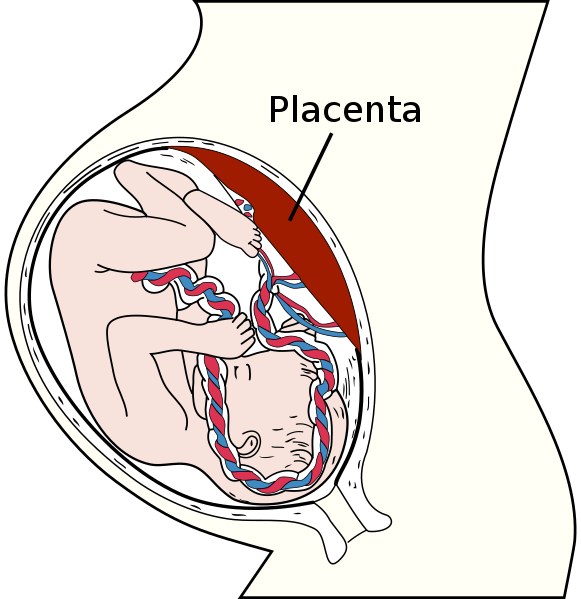 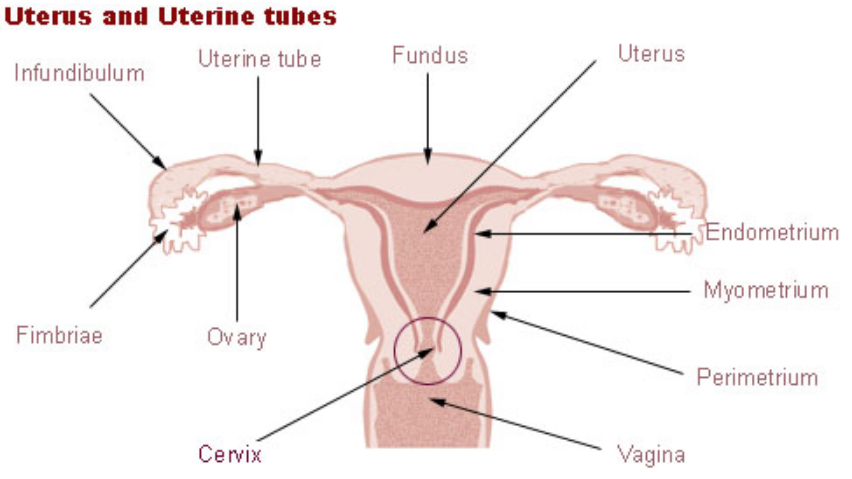 The uterus is composed of a strong wall. The three tissue layers that make up the uterus are perimetrium, myometrium, and endometrium. The outermost layer of the uterus is referred to as the perimetrium. The perimetrium is covered with a serosa layer. It secretes a watery, serous fluid, lubricating the organ. The middle layer of the uterus is referred to as the myometrium. It is composed of many layers of visceral muscle tissue. It allows the expansion of the uterus during pregnancy and contracts the uterus during the delivery. The endometrium is the epithelial layer that lines the lumen of the uterus. It is associated with endocrine glands as well as highly vascular connective tissue. A thick layer of vascular endometrium is produced at the time of ovulation, preparing to receive the zygote. If the egg cell is not fertilized, it is shed with the endometrium layer. This is called menstruation, occurring per every 28 days.

Similarities Between Womb and Uterus

Difference Between Womb and Uterus

Womb: Womb refers to an organ of a female mammal where the offspring is conceived and in which they gestate before birth.

Uterus: Uterus refers to the main organ of the female reproductive system in which the fertilized egg is implanted.

Womb: Womb is responsible for the development of the embryo and fetus during pregnancy.

Uterus: Uterus is the main organ of the female reproductive organ in mammals.

Womb: Womb is an enlarged organ.

Uterus: Uterus is smaller than the womb.

Womb: A womb is composed of a developing child, umbilical cord, and a placenta.

Uterus: A uterus is composed of three tissue layers: endometrium, myometrium, and perimetrium.

Womb: Womb is involved in providing nutrients and support to the developing embryo.

Uterus: The main function of the uterus is to provide the space for the implantation of a fertilized egg.