The main difference between zoospore and zygote is that zoospore is a motile asexual spore of algae, fungi, and protozoans whereas zygote is the fertilized ovum, the result of the fusion of haploid gametes. 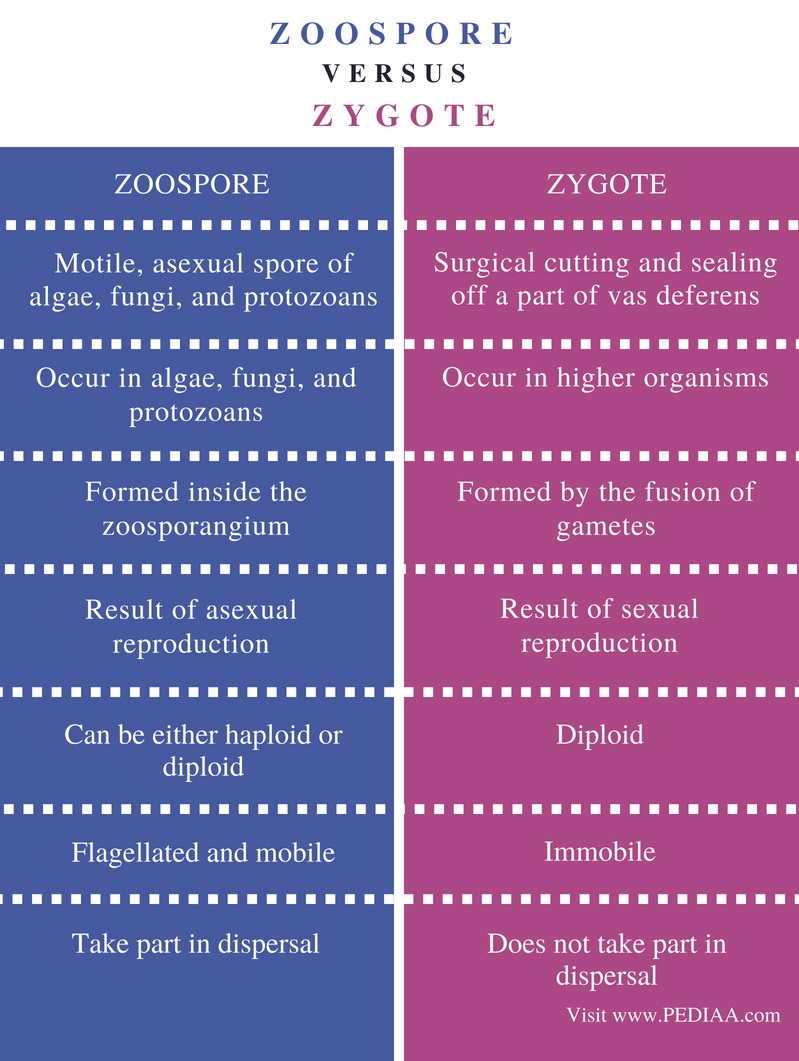 Zoospore refers to the motile, asexual spore of algae, fungi, and protozoans. The production of zoospores occurs in a sac called sporangium at the end of the aerial hyphae. They can swim by means of a flagellum. Protoplasm rapidly divides internally to produce zoospores. Thereby, zoospores are a type of endospores. The spores are unicellular and hyaline. Also, they lack cell walls. Since they lack cell walls, zoospores are not resistant to unfavorable conditions. 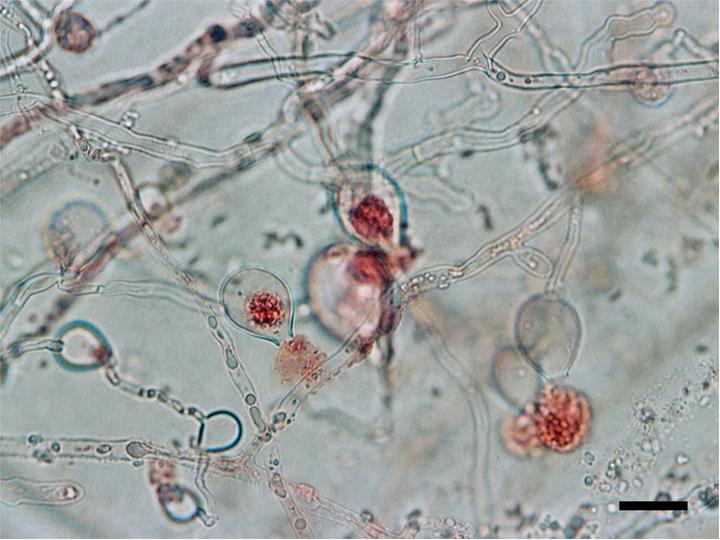 The endogenous food reserves serve as the energy source for the locomotion. Zoospores respond to environmental conditions, determining the conditions for encystation.

What is a Zygote

Zygote refers to the diploid cell resulted from the fusion of haploid gametes. In humans, the gametes contain 23 chromosomes. During fertilization, the somatic chromosomes number, 46 is regenerated. In plants, the zygote is formed inside the female gametophyte. In fungi, the karyogamy of two haploid cells forms the zygote. 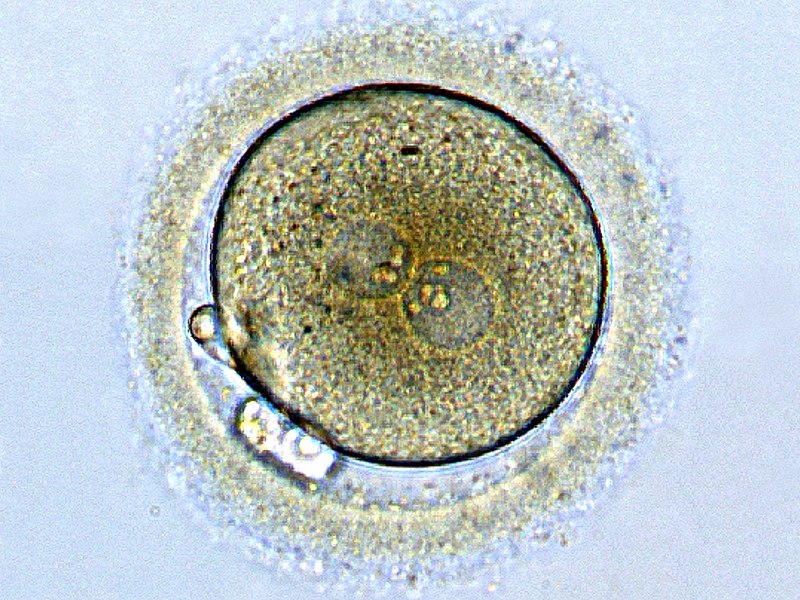 After the formation, the zygote rapidly divides by mitosis, forming new cells that develop into different structures of the new individual.

Similarities Between Zoospore and Zygote

Difference Between Zoospore and Zygote

Zygote: Diploid cell resulted from the fusion of haploid gametes

Zygote: Formed by the fusion of gametes

Zoospore: Can be either haploid or diploid

Zygote: Does not take part in dispersal