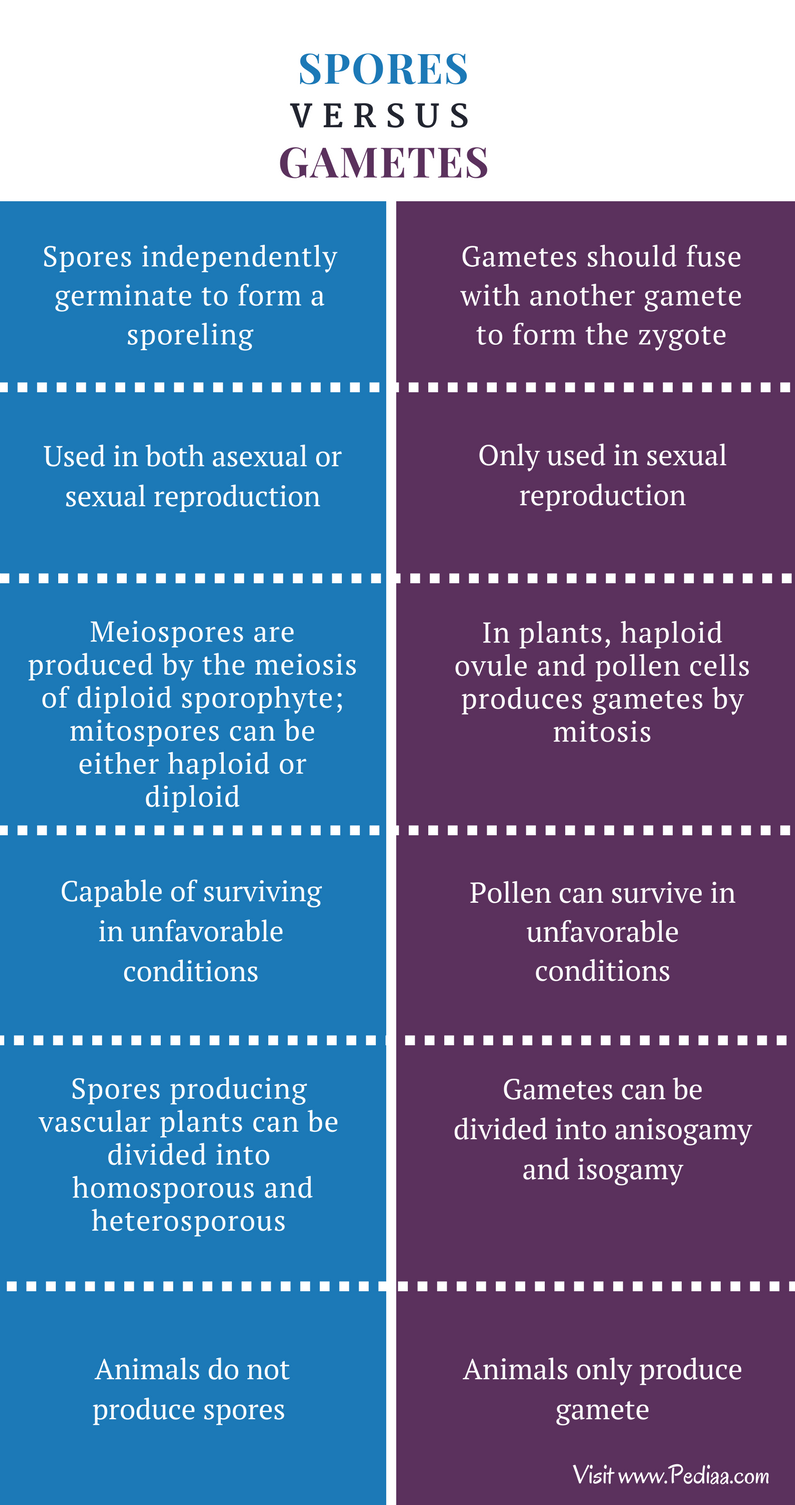 Spores are produced by bacteria, algae, protozoa, fungi and plants. One of the most characteristic features in spores is that they are adapted to dispersal and survival in unfavorable conditions. But under favorable conditions, spores develop into new organisms. They produce multicellular gametophytes by mitotic cell division which eventually produce gametes. Bacteria produce spores as resistant units in order to survive under unfavorable conditions. Thus, bacterial spores are not sexually reproductive units. The spores of the seed plants are produced internally.

Spores can be classified by their origin during the life cycle as meiospores and mitospores. Meiospores are haploid and are produced by meiosis. They are produced in the gametophytes of angiosperms or gymnosperms. Meiospores consist of megaspores and microspores. Mitospores can be either haploid or diploid. Fungi is also classified into several taxa depending on the spore producing structure. Spore producing structures in fungi are Sporangiospores, Zygospores, Ascospores, Basidiospores, Aeciospores, Urediniospores, Teliospores, Oospores, Carpospores and Tetraspores. Spores can also be classified by mobility and function. Fungal spores are shown in figure 1. 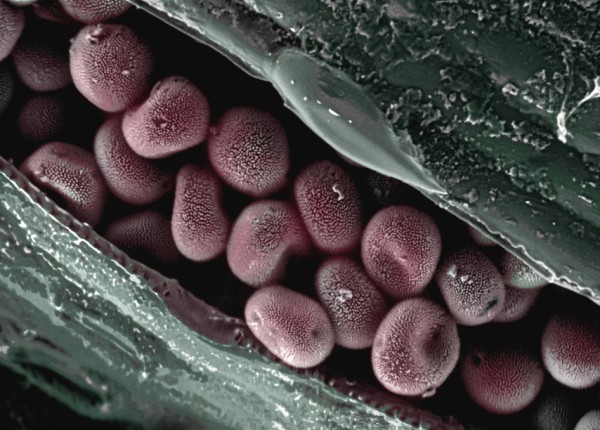 Gametes are haploid reproductive cells, containing a half of the genetic material needed to form an individual of a particular species. Gametes are produced during meiosis. They need to be fused with reproductive gametes of the other type in the same species in order to form a complete organism. Gametes can be divided into two groips depending on the morphology: anisogamy and isogamy.

Isogamy is the production of morphologically similar gametes by both sexes.These gametes are composed of different mating types noted as “+” and “-” strains. Fertilization of the two strains produce the zygote. Isogamy is mainly found in fungi. It is considered as the early stage of sexual reproduction. Several lineages of plants and animals are evolved independently to anisogamy species from isogamy. 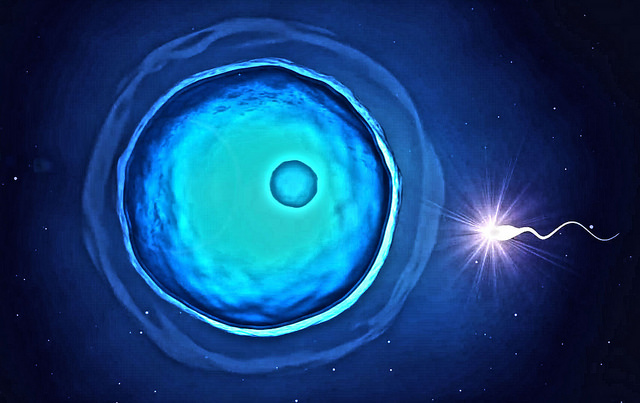 The alteration of generations is a characteristic feature of a plant life cycle. Plant gametes are produced by the meiosis of the gametophyte. In flowering plants, meiosis is occurred in flowers, producing the haploid generation. This haploid generation produces gametes by mitosis. Ovule is the female haploid cell which is produced by ovaries of the flower. Mature ovule produces the female gametes. Pollen is the male haploid cell which is produced by the anther. After landing the pollen on a mature stigma, sperms are produced by mitosis.

Difference Between Spores and Gametes

Gametes: Gametes should fuse with another gamete to form the zygote.

Spores: Spores are used in both asexual or sexual reproduction.

Gametes: Gametes are only used in sexual reproduction.

Spores: Meiospores are produced by the meiosis of the diploid sporophyte. Mitospores can be either haploid or diploid. They are produced by mitosis and are characteristic of Ascomycetes.

Spores: Spores are capable of surviving in unfavorable conditions.

Spores: The spores producing vascular plants can be divided into two sections: homosporous and heterosporous.

Gametes: Gametes can be divided into two sections depending on the morphology: anisogamy and isogamy.

Spores: Animals do not produce spores.

Both spores and the gametes are known as gonites, the types of reproductive cells found in kingdom: Protista, Fungi, Plantae and Animalia. Bacteria produces spores for the survival under the unfavorable conditions. They lack gametes since they reproduce only by binary fission. The survival under unfavorable conditions is the most characteristic feature found in spores, unlike in gametes. However, the main difference in spores and gametes is spores ability to develop an individual independently, without fusing into other spores.