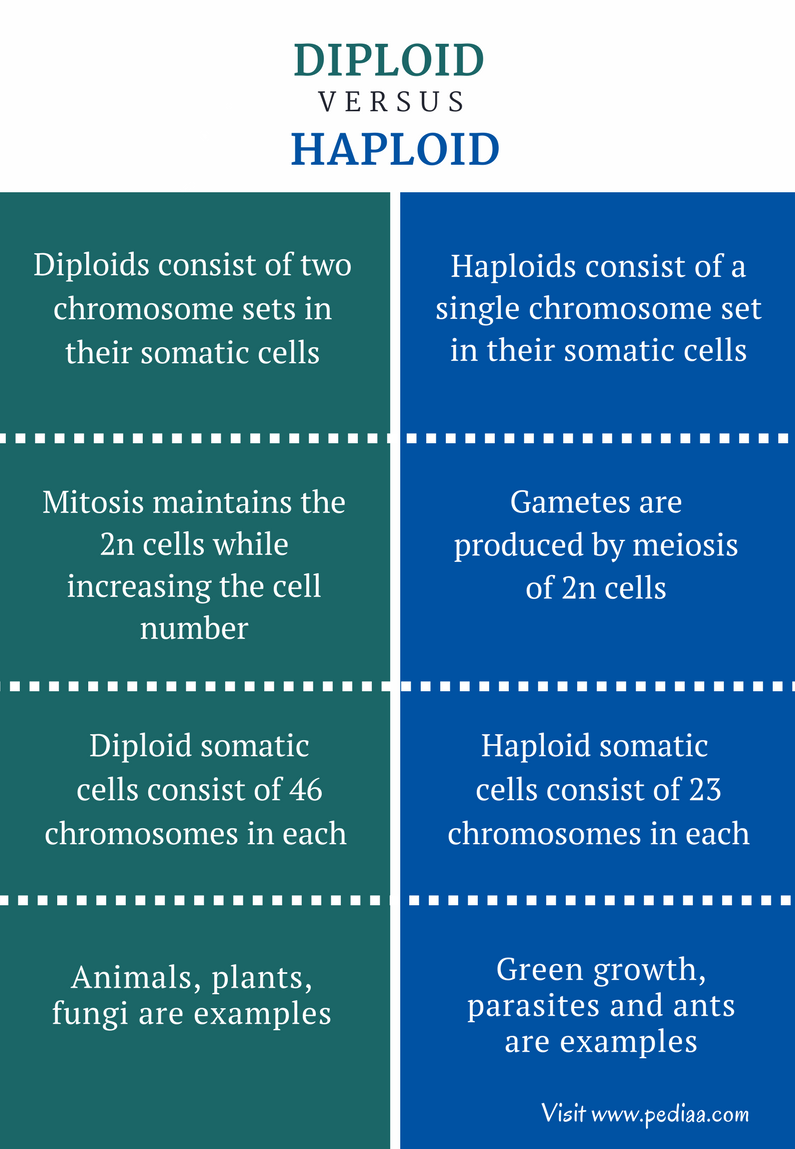 Diploids are cells which consist of two sets of chromosomes. Almost all mammals have diploid genomes. Each set belongs to one parent, either to mother or father. A chromosome that belongs to the maternal set is homologous with only one chromosome of the paternal set. The human body consists of 46 chromosomes all together: 22 homologous autosome pairs and two sex chromosomes. The total number of chromosomes in a diploid cell is described as 2n. Hence, each and every gene in the genome has two alleles at a particular locus. These two alleles can be either homozygous dominant, heterozygous or homozygous recessive with each other.

Diploid cells increase their cell number with the aid of mitosis. During mitosis, doubled genetic material via DNA replication is segregated into two cells. Daughter cells also consist of diploid genomes. On the other hand, retroviruses, such as HIV, Human foamy virus and Human T-lymphotropic virus consist of diploid RNA genomes. HIV, containing two RNA molecules is shown in figure 1. 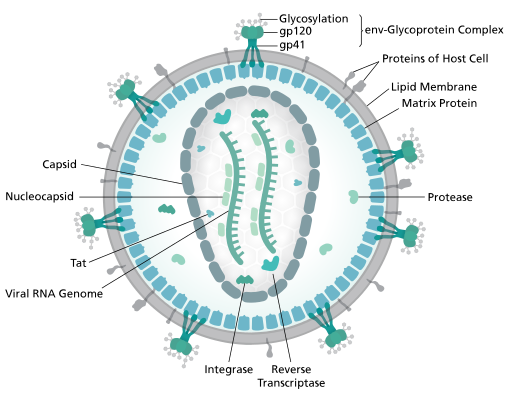 Haploids are cells which consist of a single chromosome set. Homologous pairs cannot be identified in haploid cells. Some organisms may have diploid somatic cells, but they also produce haploid gametes during the reproduction. Two gametes again fertilize to form a diploid zygote. In this situation, the organism is still considered as diploid. Therefore, organisms, which have haploid somatic cells are only considered as haploid organisms. The human body contains 23 chromosomes in their gametes while the somatic cells contain 46 chromosomes as homologous pairs. Thus, human gametes are haploid and are described as n.

Haploid gametes are produced by meiosis of 2n somatic cells. A single chromosome from the homologous chromosome pair is segregated into each gamete during meiosis I. In plants, fungi and algae, some stages of the life cycle are diploid, and some stages are haploid. This is referred to as the alterations of generations. In plants, the principal stage of the life cycle is diploid whereas the principle stage of the life cycle is haploid in fungi. Most animals are diploid. But, animals developed from unfertilized eggs such as male bees and ants are haploid.

Figure 2: Correlation between haploid and diploid

Difference Between Diploid and Haploid

Diploid: They consist of two chromosome sets in their somatic cells.

Haploid: They consist of a single chromosome set in their somatic cells.

Haploid: Haploid gametes are produced by meiosis of 2n cells.

Diploid: Diploid somatic cells consist of 46 chromosomes in each.

Haploid: Haploid somatic cells consist of 23 chromosomes in each.

Most creature on the planet are diploid. They produce haploid gametes during their sexual reproduction through meiosis. In plants, the principle stage of the life cycle is diploid. Diploid cells are composed of two factors to determine a specific trait. The key difference between diploid and haploid is the number of chromosome sets that the cell consists of.