Home » Public » People » Religion » How are Hinduism and Buddhism Similar

‘How are Hinduism and Buddhism similar’ is a question often asked by many people as they find many similarities in these two religions despite fundamental differences. Hinduism and Buddhism are two major religions of the world. Both these religions have originated in India. While Hinduism is much older and not attributed to any individual, Buddhism is a religion believed to have been founded by Lord Buddha. He was a Prince, who was born as a Hindu. Buddhism is not practiced in India at a large scale while Hinduism remains the primary religion of the people of the country. This article attempts to explain these similarities.

Buddha was born as a Hindu

Gautama Buddha, the founder of Buddhism, was born in a royal Hindu family. Quite early in his life, he became disenchanted and disinterested with the luxuries of life as he became aware of the sorrows and sufferings of the people. It was his personal efforts towards enlightenment and liberation that gave rise to a religion called Buddhism. His ways, behavior, practices, and thoughts attracted thousands of followers that included common people, as well as kings and emperors of those times in India and even abroad. Buddhism remained very popular in India as long as it continued to receive royal patronage. However, it eventually got driven out from India because of an uneasy and often turbulent relationship with Hinduism it had.

Buddhism became popular and got accepted in India mainly because it offered a ray of hope to the people oppressed under the caste system being practiced in India. Traditions and rituals dominated Hindu religion and only the privileged classes enjoyed rights under this system. However, after the death of Gautama Buddha, Buddhism could not survive in India without the patronage of Hindu rulers. The followers of Buddhism had no choice but to go out of the country and spread the message of Buddha in foreign countries. 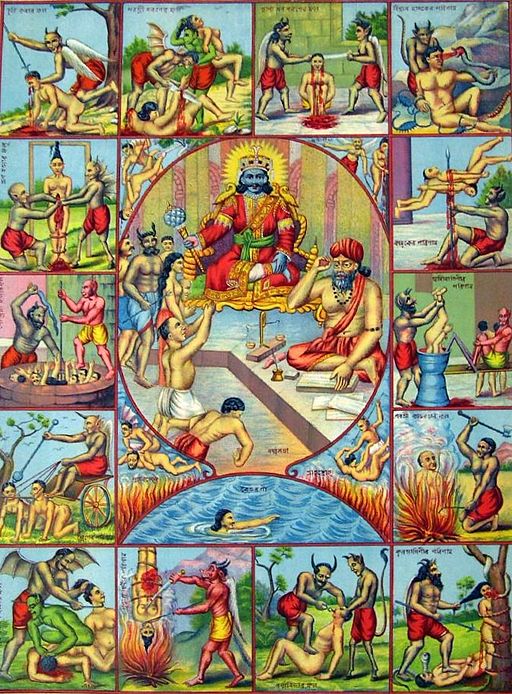 Similarities of Hinduism and Buddhism

Despite fundamental differences, there are many similarities between these two religions that are as follows.

• Both religions focus upon the illusory and transient nature of the world and the worldly things.

• Both claim desire of human beings to be the main cause of all sufferings and harp upon the need to overcome these desires.

• Both Hinduism and Buddhism believe in the cycle of birth and death and liberation of the human soul.

• Both believe in karma and the important role it plays in liberation of the individual.

• Both emphasize the importance of karma without desire to achieve liberation.

• Both believe that ultimately all human beings attain enlightenment even if it takes them several rebirths.

• Both religions believe that the earth is the centre of the universe and there are hells inhabited by auras below earth and heaven inhabited by gods above earth.

• Both Hinduism and Buddhism believe that human beings go through cycle of rebirths until they achieve liberation. Liberation is the only solution to the problems faced by human beings on earth.

• Both religions originated in India and Buddha himself was born as a Hindu.

• As the desire is the cause of all suffering, renunciation of worldly things is believed by both religions as the ideal way to move towards liberation.

• Both Hinduism and Buddhism emphasize the importance of concentration and meditation in moving in the direction of enlightenment.

• Both religions have a firm belief in non-violence and compassion towards all living things.

• Buddhism has similar concepts like Hinduism, but it makes use of different names written in Pali, a variant of Sanskrit.

• Both say that the death is inescapable and inevitable and refer to it by the names of deities.

• Both believe that the death destroys the body but soul migrates into another body until it attains liberation from the cycle of rebirths. However, it should be noted that Buddhism does not believe in soul as Hinduism does.

Lord Buddha was accepted as an incarnation of Lord Vishnu by Hindus 1500 years ago and many believe Buddhism to be a pantheon in Hindu religion.