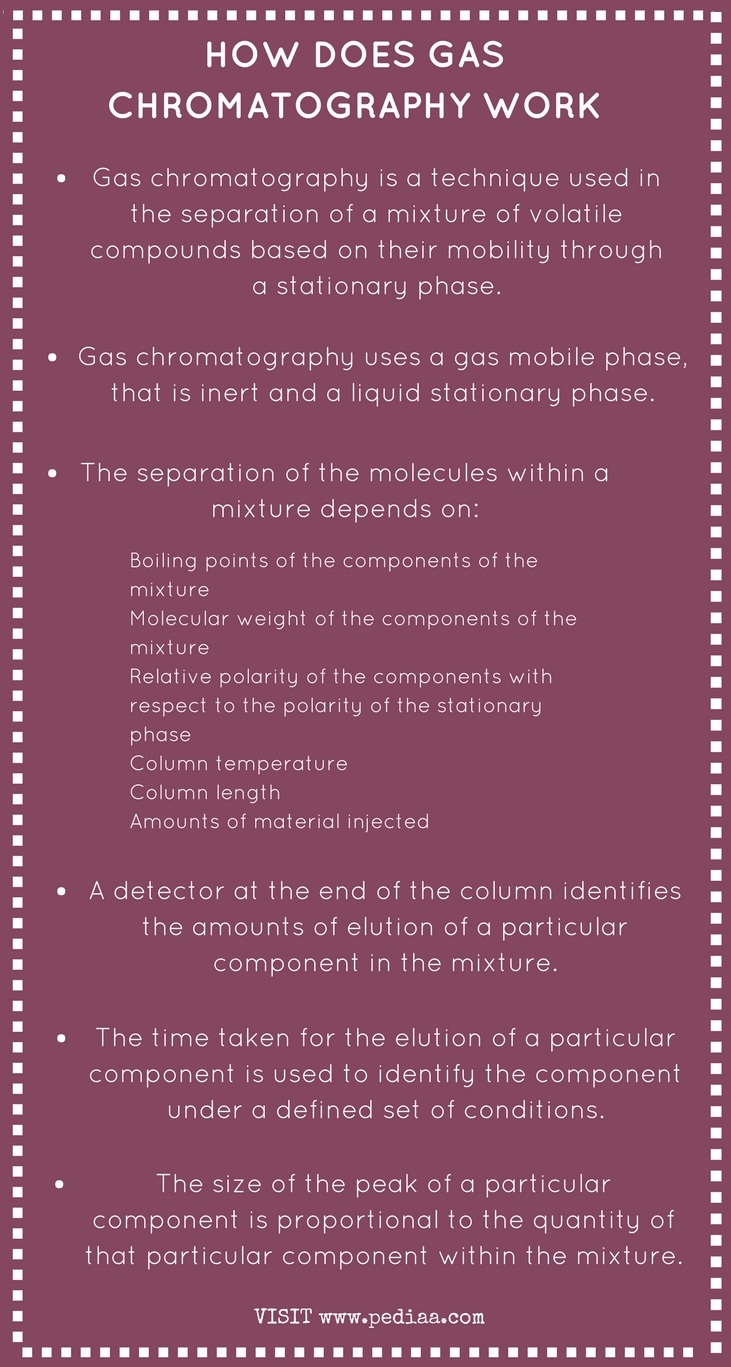 What is Gas Chromatography

How Does Gas Chromatography Work 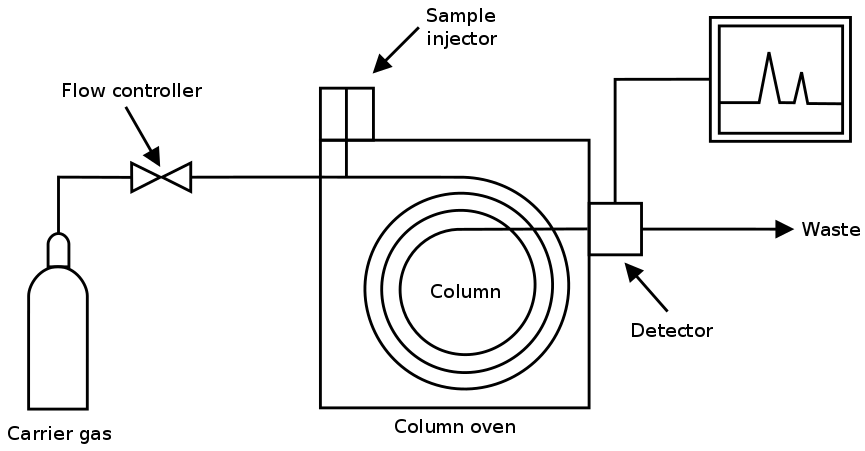 Gas chromatograph uses several types of detectors such as mass spectrometry, flame ionization detector, thermal conductivity detector, electron capture detector, etc. The detector at the end of the column identifies the molecules that come out of the column and produces a chromatogram with respect to the time taken for the elution, the process of removing an adsorbed material (adsorbate) from an adsorbent with a liquid.

When a particular type of component of the mixture comes out from the column, it is shown as a peak in the chromatogram. The time taken for the elution of a particular component is used to identify the component under a defined set of conditions.

The size of the peak is directly proportional to the amount of that particular compound present in the sample. The first peak is due to the inner carrier gas, which comes out of the column first. The solvent used in the preparation of the sample elutes secondly.

Gas chromatography is an analytical technique used in the separation of a mixture of volatile compounds. It uses a gaseous mobile phase and a liquid stationary phase. The simpler and more inert compounds come out of the column quickly while heavier and polar compounds take some time for the elution.