Thin layer chromatography (TLC) is a separation method involved in the separation of two or more organic compounds by their distribution between solid and liquid phases. The stationary (solid) phase is a polar substance in TLC while the mobile (liquid) phase is a single or combination of solvents. The absorbent is coated as a thin layer in a glass slide. The organic compounds are separated by manipulating the mobile phase.

1. What is TLC
– Definition, Principle, Uses
2. How to Calculate Rf Values for TLC
– Calculation of Rf Value 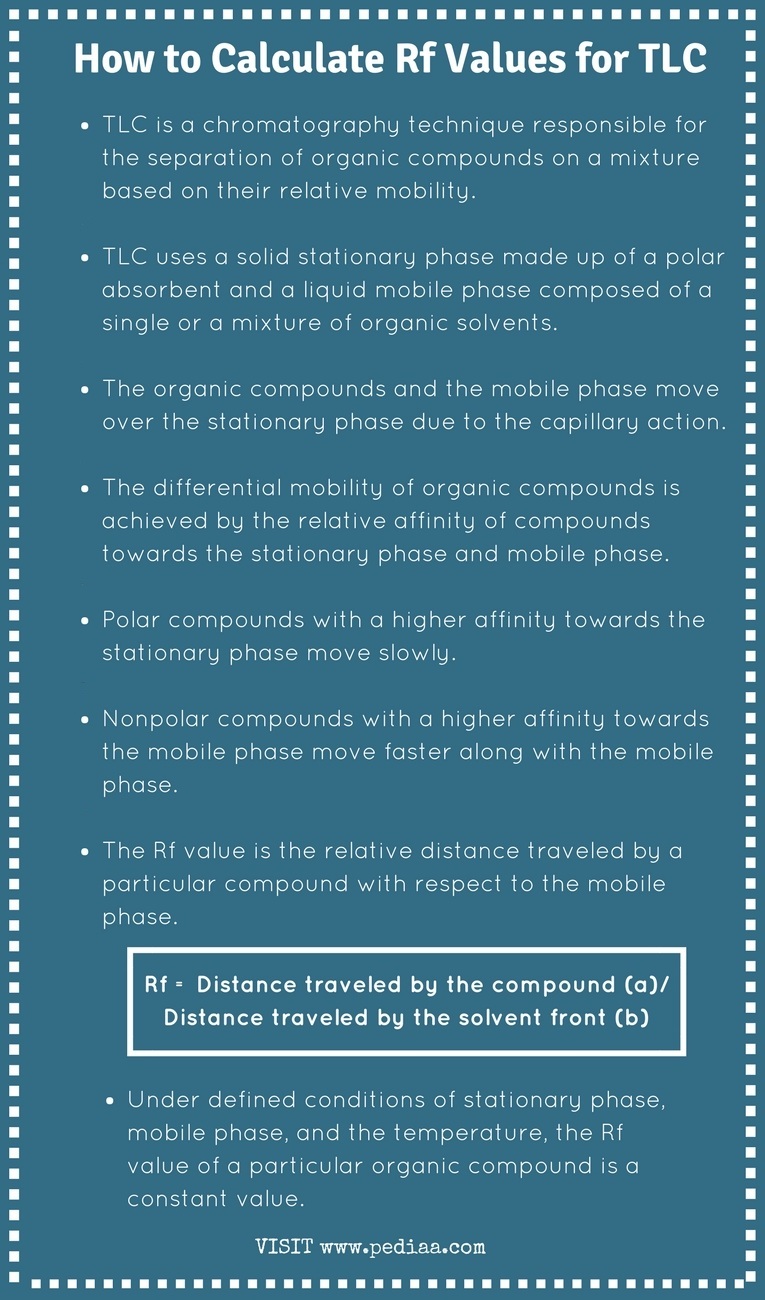 TLC is a chromatography technique responsible for the separation of organic compounds on a mixture based on their relative mobility. It uses a solid stationary phase made up of a polar absorbent and a liquid mobile phase composed of a single or a mixture of organic solvents. The polar absorbent can be either finely-ground alumina or silica particles. Separation of black ink by TLC is shown in figure 1. 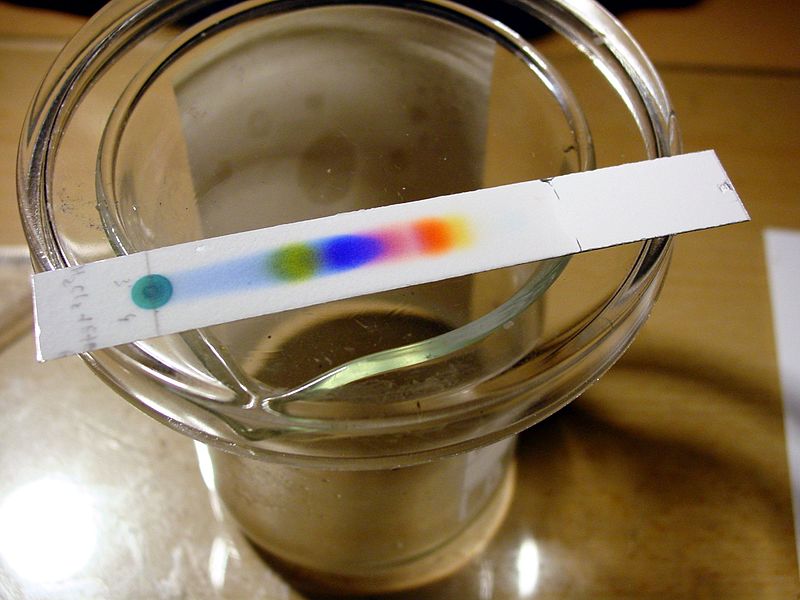 TLC is used in:

How to Calculate Rf Values for TLC

The Rf value is the relative distance traveled by a particular compound with respect to the mobile phase. It can be calculated by the following equation. 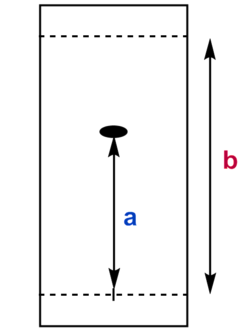 The Rf value is also called the ratio-to front. Under defined conditions of stationary phase, mobile phase, and the temperature, the Rf value of a particular organic compound is a constant value. However, different organic compounds with similar polarity may have similar Rf values. Therefore, other properties of organic compounds such as color on the TLC plate can be used during the identification of the compound.