In the simplest way, one can define the noun as the word that we use as a name to identify a person, place or a thing. For example, consider the following words.

There are mainly two kinds of nouns. They are Common Nouns and Proper Nouns. Then, Collective Nouns and Abstract Nouns come under common nouns. Let us see what each noun kind is all about.

A common noun is the name that we give to every person or everything in the same group, kind, or class. Look at the following examples.

Louis XIV of France was a king of France.

As you can see in the above examples, we are talking about two different people. Yet the title they share has the same name, King. That is because it is the name given to the male monarchs of any country. In the same way, queen is a common noun. That is because all the female monarchs of the world belong to the same group of people. So, they are given a common name. Some other examples for common nouns are girl, boy, town, country, dog, fruit, etc. As you can see each of these words are used for people or things that belong to the same class. It is a common name of all in that group. 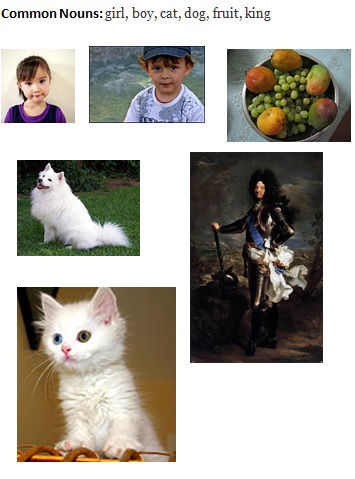 While common nouns give a common name to all in a group, proper nouns give a name to a particular person or thing in that group. For example, 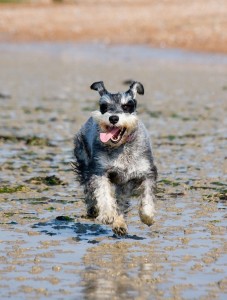 Our dog Rover is very dangerous to strangers.

Here, the word dog is a common noun as it is the name of a group of animals. Then, the word Rover is the name that differentiates this particular dog from the rest of its group. Therefore, it is a proper noun. So, Jane, Sydney, America are some other examples for proper nouns. The specialty of proper nouns is that you have to use a capital letter to begin a proper noun. That makes it easier to spot a proper noun.

The parliament (a number of ministers) gathers on the 20th.

The herd (a number of animals) of cattle is crossing the river. 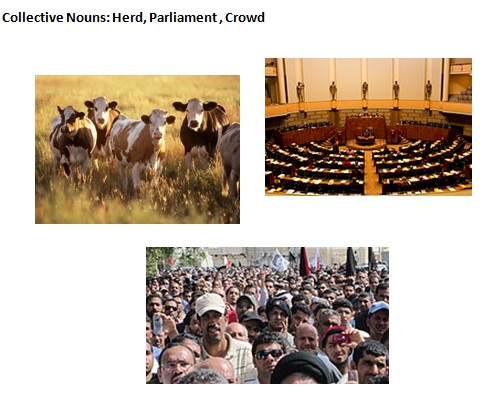 Abstract nouns are another category of nouns that comes under common nouns. An abstract noun is a name of an action, quality or state that is drawn off of the object to which it actually belongs to. For example, beauty, sadness, happiness are abstract nouns as we can use them alone in this form without using them with a person or a thing that has these qualities or states.

Beauty without brains is useless.

In this example, the word beauty is an abstract noun.

Noun is the name we give to a person, thing, or a place. There are mainly two kinds of nouns as Common Nouns and Proper Nouns. Commons Nouns also include Abstract Nouns and Collective Nouns. A common noun is the name that we give to every person or everything in the same group, kind, or class. Proper nouns give a name to a particular person or thing in that group. Collective nouns take a number of different people or things together and speak of them as if they were one. An abstract noun is a name of an action, quality or state that is drawn off of the object to which it actually belongs to.