The main difference between a bug and a beetle is that a bug belongs to the order Hemiptera whereas a beetle belongs to the order Coleoptera. Furthermore, bugs are mostly plant-feeders that take a liquid diet while beetles eat a wide range of plant and animal materials. Therefore, bugs have needle-like mouthparts while beetles have chewing mouthparts. Moreover, the wings of bugs are either membranous or partially-thickened while the forewings of beetles serve as a hard, leathery covering called elytra and the hindwings are membranous.

Bug and beetle are two groups of insects that belong to two different orders. Around 75000 species of bugs and 400000 species of beetles have been identified so far.

Bugs are a group of insects classified under the order Hemiptera. The size of bugs varies from 1 mm- 15 cm. One of the main features of bugs is the presence of sucking mouthparts. However, only heteropterans are considered as ‘True bugs’. The sucking and the piercing mouthparts allow bugs to extract plant sap and nectar. Therefore, most bugs are plant feeders. But, some of them are parasitic and others are predators that prey on other insects or small invertebrates. 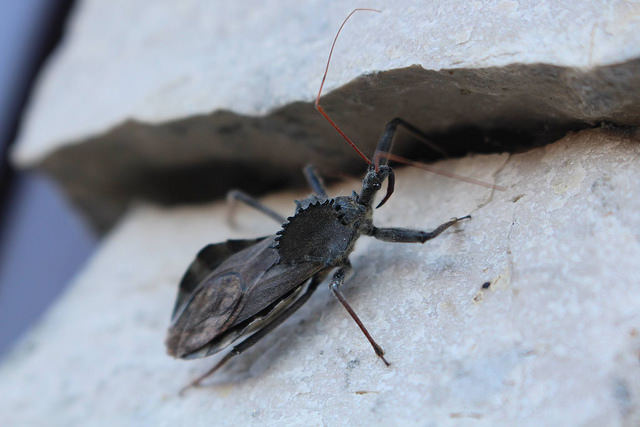 Furthermore, both wings of the bugs are membranous. However, their forewings are thick at the base of the wing. Also, another significant feature of bugs is their life cycle. They undergo incomplete metamorphosis. That means; the juveniles of bugs are small and morphologically similar to the adult.

Beetles are another group of insects classified under the order Coleoptera. More importantly, they are the largest order, containing 40% of the all described insects and 25% of all animal forms. Around 400000 species of beetles have been identified so far. Also, weevils are the largest family of beetles. One of the significant anatomical features of beetles is the presence of chewing mouthparts. Therefore, most plant-feeding beetles damage crops while animal-feeding beetles eat aphids, scale insects, thrips, etc. 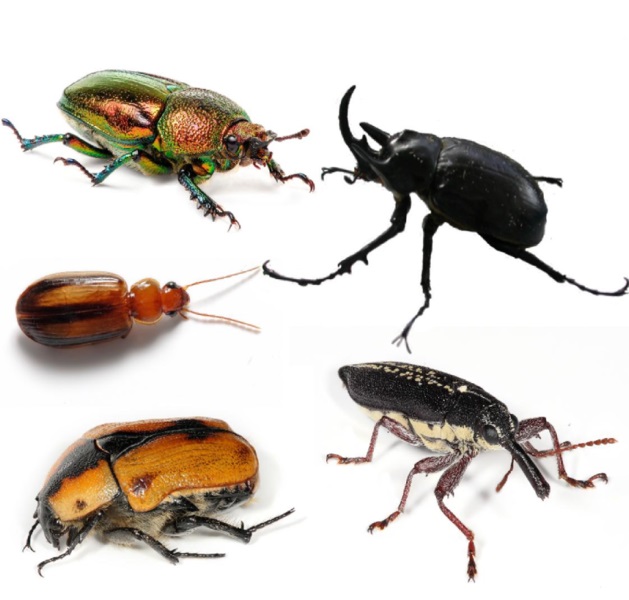 Moreover, the forewings of beetles are modified structures called elytra, which are hard leathery structures, covering the hindwings at rest. However, their hindwings are membranous. Moreover, beetles undergo complete metamorphosis. Therefore, the larval stage of beetles is called grubs due to their hardened head, pupating into the adult stage.

Similarities Between Bug and Beetle

Difference Between a Bug and a Beetle

A bug refers to any of an order (Hemiptera and especially its suborder Heteroptera) of insects (such as an assassin bug or chinch bug) that have sucking mouthparts, forewings thickened at the base, and incomplete metamorphosis and are often economic pests while a beetle refers to any of an order (Coleoptera) of insects having four wings of which the outer pair are modified into stiff elytra that protect the inner pair when at rest. Thus, this explains the fundamental difference between a bug and a beetle.

Most bugs are plant-feeders while beetles eat both plant and animal materials. Hence, this is another difference between a bug and a beetle.

Also, a notable difference between a bug and a beetle is their mouthparts. Bugs have a needle-like, piercing stylet while beetles have chewing mouthparts.

Moreover, bugs have membranous wings and their forewings are thickened at the base while the forewings of beetles are modified to elytra, a hard and leathery covering while their hindwings are membranous.

Bugs are insects belonging to the order Hemiptera. Most of them are plant-feeders with needle-like mouthparts. Generally, their wings are membranous, but the base of the forewing can be thick. In comparison, beetles are another order of insects classified under the order Coleoptera. They eat both plant and animal materials. Hence, they have chewing mouthparts. The forewings of beetles are hard and leathery. Therefore, the main difference between a bug and a beetle is their anatomical features and feeding behavior.