Adrenaline and noradrenaline are two types of hormones and neurotransmitters in the body responsible for the regulation of the homeostasis in order to prepare the body for stressful or dangerous situations by mediating the fight-or-flight response. 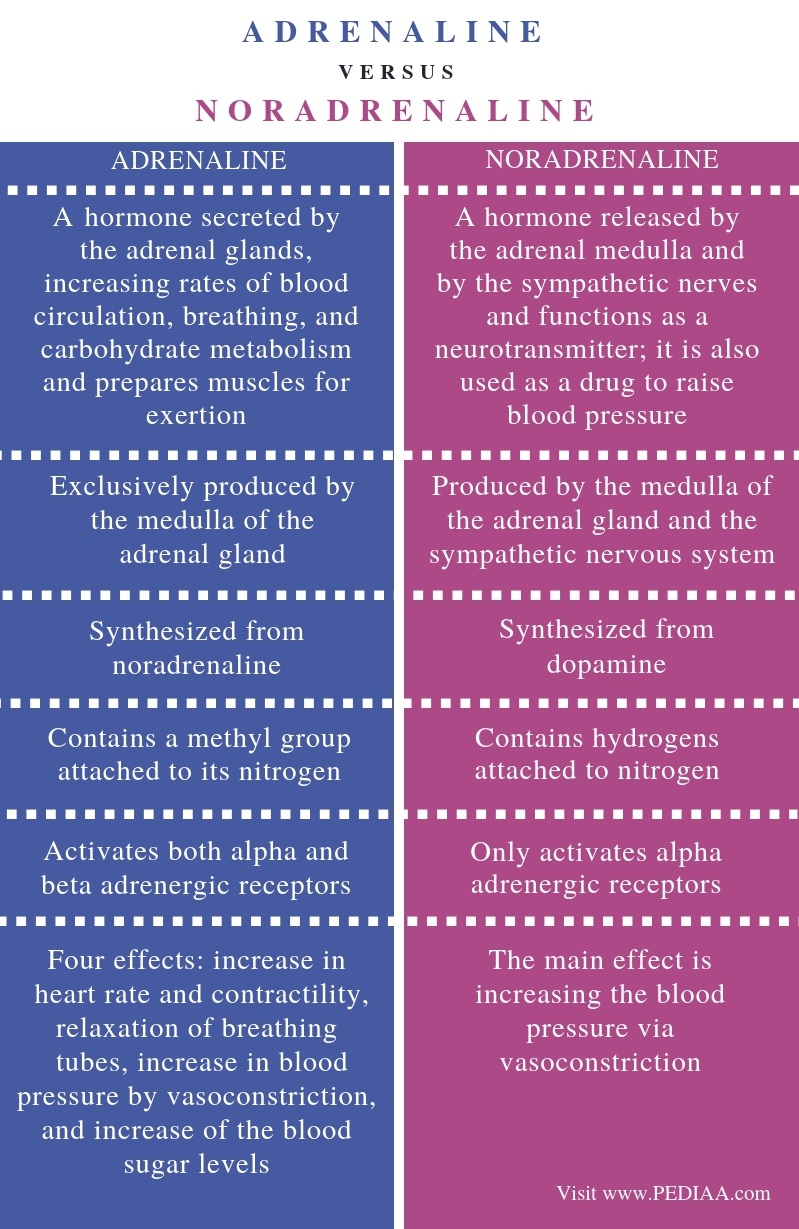 In addition, adrenaline is important as a medicine to treat low blood pressure associated with septic shock in allergic reactions.

Noradrenaline or norepinephrine is another type of catecholamine responsible for preparing the body for stressful situations. Both adrenal medulla and postganglionic neurons of the sympathetic nervous system secrete noradrenaline. In general, noradrenaline is produced in the axons of these neurons and stored inside vesicles. When an action potential travels down the neuron, noradrenaline is released into the synaptic gap to stimulate the postsynaptic neuron. 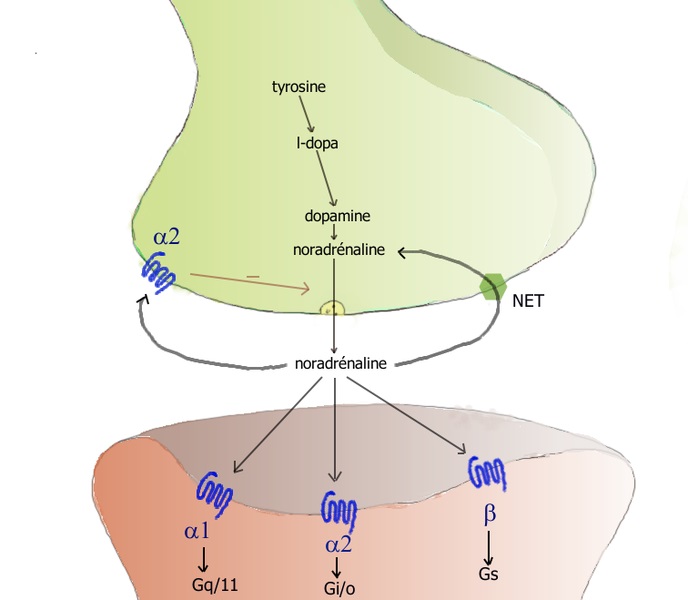 Similarities Between Adrenaline and Noradrenaline

Difference Between Adrenaline and Noradrenaline

Adrenaline refers to a hormone secreted by the adrenal glands, increasing rates of blood circulation, breathing, and carbohydrate metabolism and prepares muscles for exertion while noradrenaline refers to a hormone released by the adrenal medulla and by the sympathetic nerves and functions as a neurotransmitter; it is also used as a drug to raise blood pressure. Thus, this is the main difference between adrenaline and noradrenaline.

Adrenaline is the main hormone secreted by the medulla of the adrenal gland. It activates both alpha and beta-adrenergic receptors. The main function of adrenaline is to increase the metabolism of the body by increasing the blood flow, breathing rate, and glucose availability. On the other hand, noradrenaline is a neurotransmitter, which activates only alpha adrenergic receptors. Therefore, the main effect of this substance is to increase the blood pressure via vasoconstriction. Hence, the main difference between adrenaline and noradrenaline is their effect while preparing the body to stressful situations.