Affinity and avidity are two types of binding strengths created in an immune complex. Generally, both types of interactions contribute to the agglutination process. 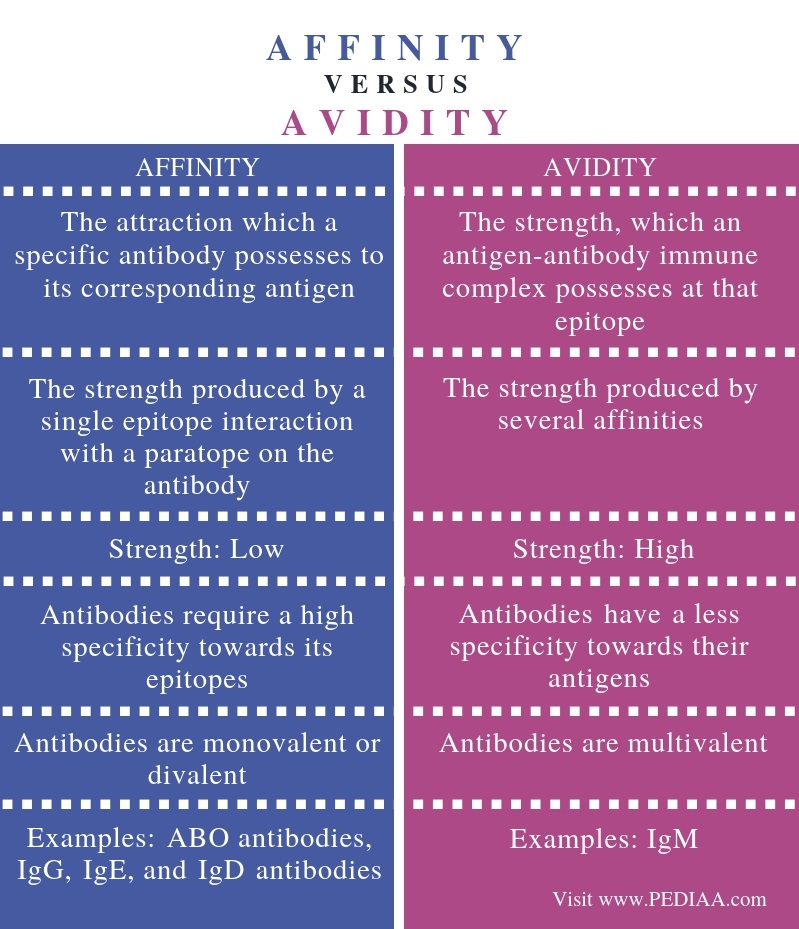 Affinity is the strength of the interaction of a single antigenic epitope with a single paratope of an antibody. Generally, it is a type of interaction that occurs during agglutination. Significantly, it requires a high degree of specificity of antibodies to bind to a particular epitope. Usually, ABO antibodies show such specificity while binding to their antigenic counterpart. Furthermore, these interactions are non-covalent bonds.

Avidity is the strength of a collection of affinities. Generally, it occurs through the simultaneous interaction of multiple antigen-binding sites with target antigenic epitopes. Basically, the formation of a single epitope-paratope interaction increases the likelihood of other interactions to occur. On the other hand, in multiple interactions, although a single interaction is broken, the presence of other many interactions does not allow to diffuse the antigen away from the antibody. 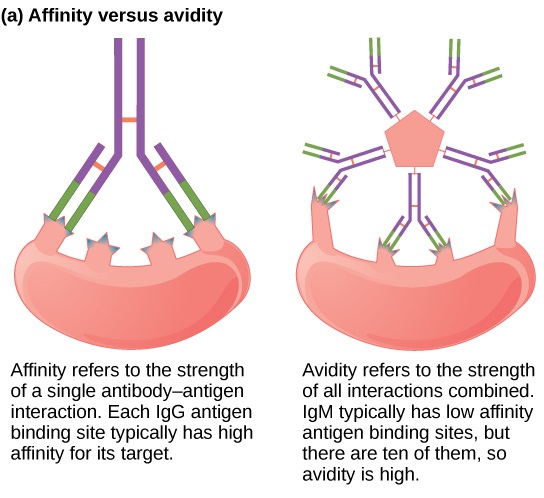 Furthermore, in general, each antibody contains at least two antigen-binding sites. Therefore, antibodies are usually either divalent or multivalent. As an example, IgM is an antibody with low affinity. However, it has ten weak binding sites, increasing the binding strength. In contrast, IgG, IgE, and IgD are antibodies with two stronger binding sites, and hence, they tend to produce single binding affinities.

Similarities Between Affinity and Avidity

Difference Between Affinity and Avidity