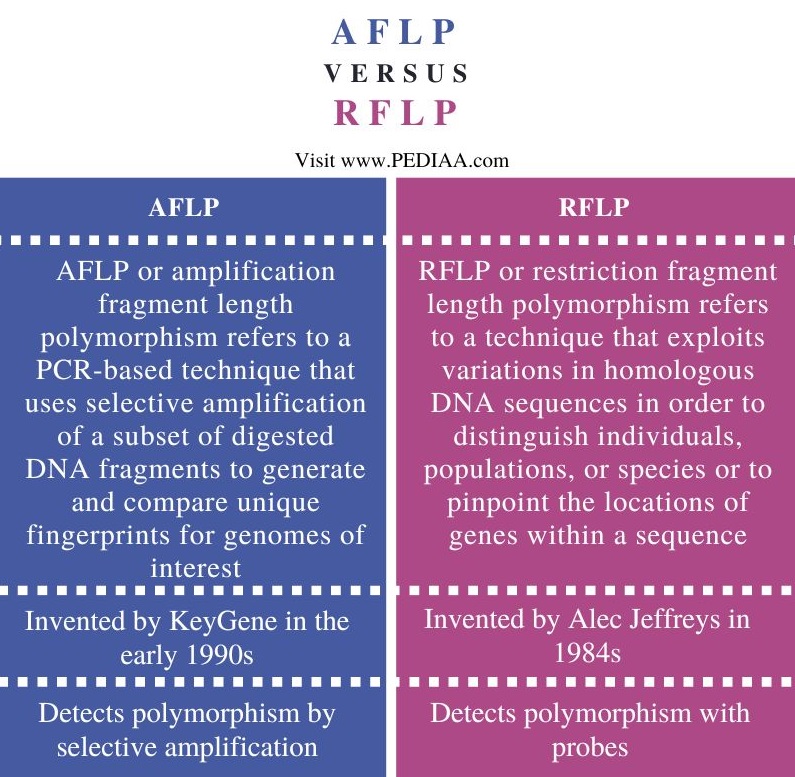 AFLP or amplified fragment length polymorphism is the selective amplification of the digested DNA fragments to generate unique fingerprints for genomes. It was invented by KeyGene in the early 1990s. AFLP generally uses the digestion of genomic DNA in small pieces by restriction enzymes. Then, adaptors are ligated to the sticky ends of the restriction fragments. After that, these restriction fragments undergo selective amplification with the use of primers that are complementary to adaptor sequences. 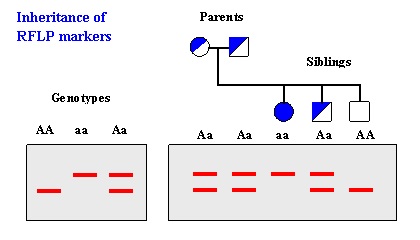 Furthermore, gel electrophoresis involves the separation and visualization of amplified restriction fragments. The main importance of AFLP is that it helps to detect various polymorphisms in different regions of the genome. In addition, AFLP is a highly sensitive technique that is reproducible. More importantly, AFLP is used in DNA fingerprinting.

RFLP or restriction fragment length polymorphism is the technique that identifies the variations in the polymorphic regions of the genome. It was invented by Alec Jeffreys in 1984s. Generally, most restriction markers are codominant and they occur in two alleles that are heterozygous. They are also highly-locus-specific. 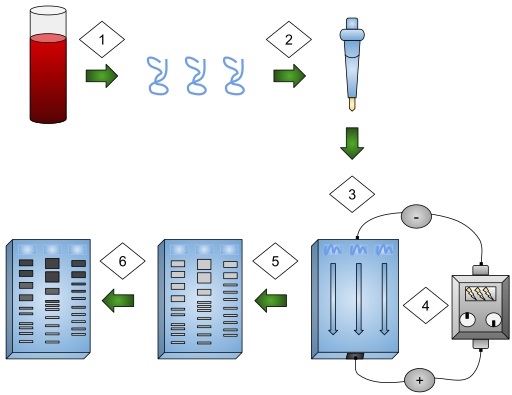 Moreover, RFLP involves the digestion of the genome with restriction enzymes. Restriction fragments hybridize with one or two probes in order to detect the polymorphism pattern. Furthermore, this detects the genotypes of the specific locus. In general, RFLP is important in genome mapping and in variation analysis including genotyping, paternity testing, and forensics.

Similarities Between AFLP and RFLP

Difference Between AFLP and RFLP

AFLP or amplification fragment length polymorphism refers to a PCR-based technique that uses selective amplification of a subset of digested DNA fragments to generate and compare unique fingerprints for genomes of interest. RFLP or restriction fragment length polymorphism, on the other hand, refers to a technique that exploits variations in homologous DNA sequences in order to distinguish individuals, populations, or species or to pinpoint the locations of genes within a sequence.