Home » Science » Biology » What is the Difference Between PCR and Cloning

The main difference between PCR and cloning is that PCR produces millions of copies of a specific DNA, whereas cloning produces individuals with identical DNA.

PCR and cloning are two techniques that involve the production of a large number of identical DNA copies. Both processes are important in recombinant protein production. 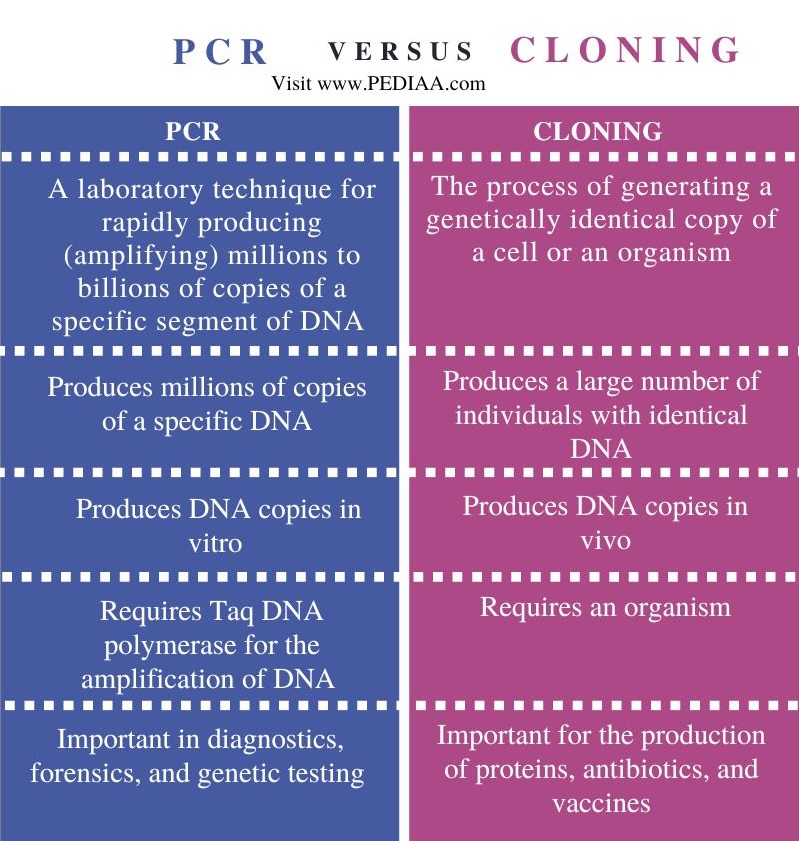 PCR or polymerase chain reaction is the laboratory technique for the production of millions of copies of specific DNA in vitro. It was developed by Kary Mullis in 1983. The most significant feature of PCR is that it relies on thermal cycling. Therefore, it permits different temperature-dependent reactions to occur, including DNA melting and enzyme-driven DNA polymerization. On the other hand, the two main reagents used in PCR are the DNA primers, which are complementary to the target sequence, and a heat-stable DNA polymerase such as Taq polymerase, isolated from the thermophilic bacterium Thermus aquaticus. Meanwhile, the forward and reverse PCR primers flank the region to be polymerized on the DNA fragment.

Cloning is the process of producing individual organisms with identical DNA. There are four types of cloning: natural cloning, molecular cloning, cell cloning, and organism cloning. Generally, asexual reproduction in plants, fungi, and bacteria is a method of cloning. Asexual reproduction produces another individual with similar genetic characteristics to the parent organism. In comparison, molecular cloning is the process of producing multiple molecules. Normally, it involves the production of multiple copies of DNA fragments, which is important for studying the gene and its expression. 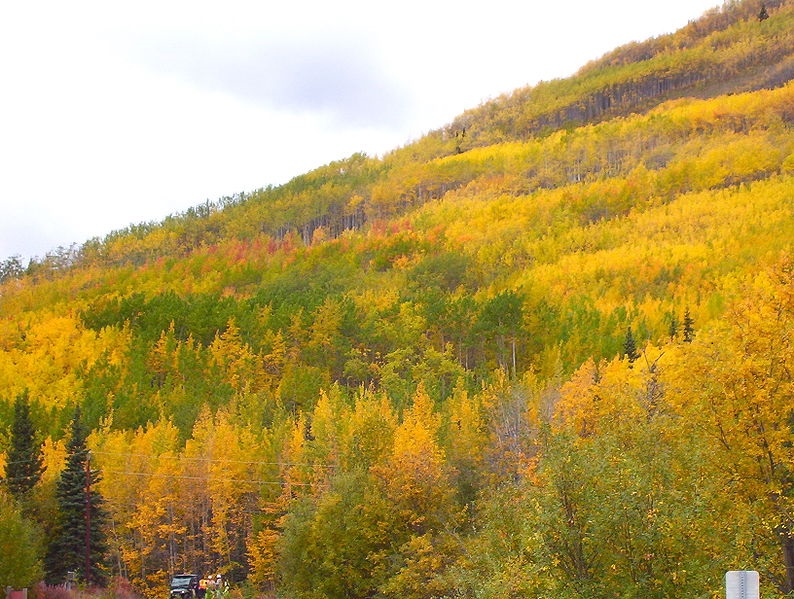 Similarities Between PCR and Cloning

Difference Between PCR and Cloning

PCR refers to a laboratory technique for rapidly producing (amplifying) millions to billions of copies of a specific segment of DNA while cloning refers to the process of generating a genetically identical copy of a cell or an organism.

PCR produces millions of copies of a specific DNA while cloning produces a large number of individuals with identical DNA.

PCR requires Taq DNA polymerase for the amplification of DNA while cloning requires an organism.

PCR is important in diagnostics, forensics, and genetic testing while cloning is important for the production of proteins, antibiotics, and vaccines.