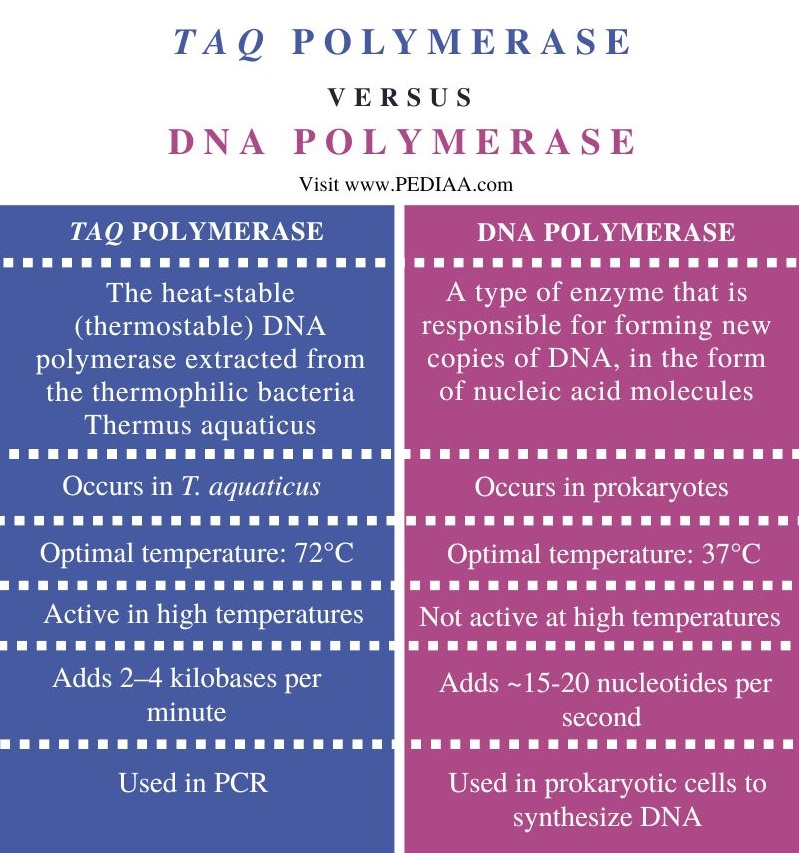 What is Taq Polymerase 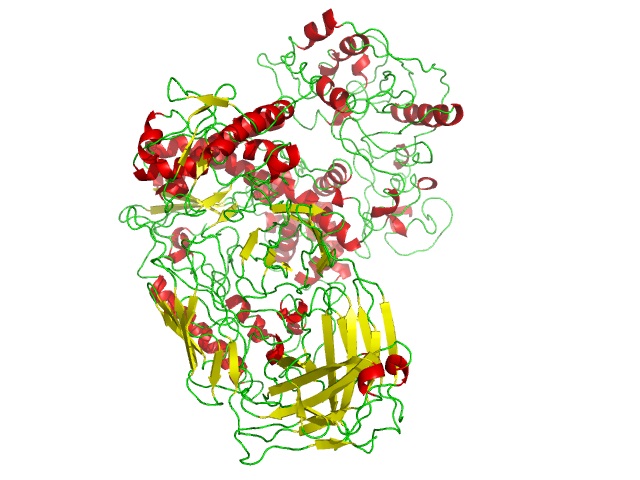 Furthermore, Taq polymerase is named after the thermophilic eubacterial microorganism Thermus aquaticus. T. aquaticus is a bacterium that lives in hot springs and hydrothermal vents, and Taq polymerase was identified as an enzyme able to withstand the protein-denaturing conditions (high temperature) required during PCR. Therefore, it replaced the DNA polymerase from E. coli originally used in PCR.

What is a DNA Polymerase 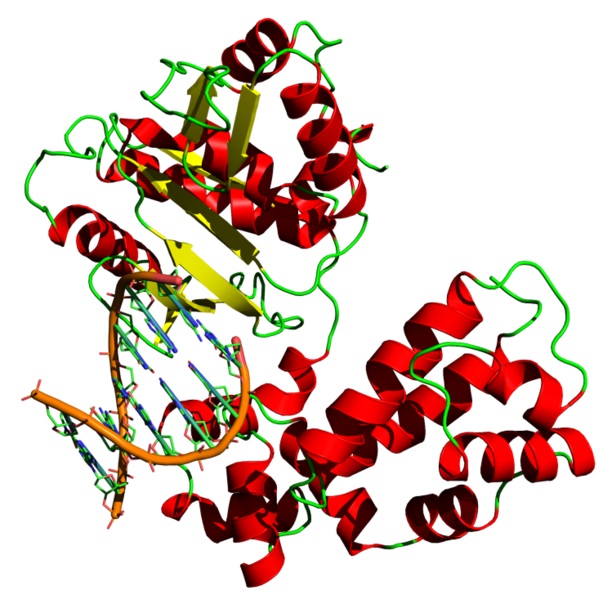