Agarose and polyacrylamide are the two main types of gels used to separate macromolecules, including DNA, RNA, and proteins based on their size and charge.

Agarose is the natural polysaccharide polymer that is used in the agarose gel electrophoresis (AGE). However, it is a complex mixture of molecules and the main component of agarose is agar. Importantly, in an agarose gel, it is possible to separate large fragments of DNAs based on their size. Usually, DNA is a negatively charged molecule, which runs towards the positive electrode under an electric field. Also, pores inside the agarose gel are responsible for the separation of DNA by size. 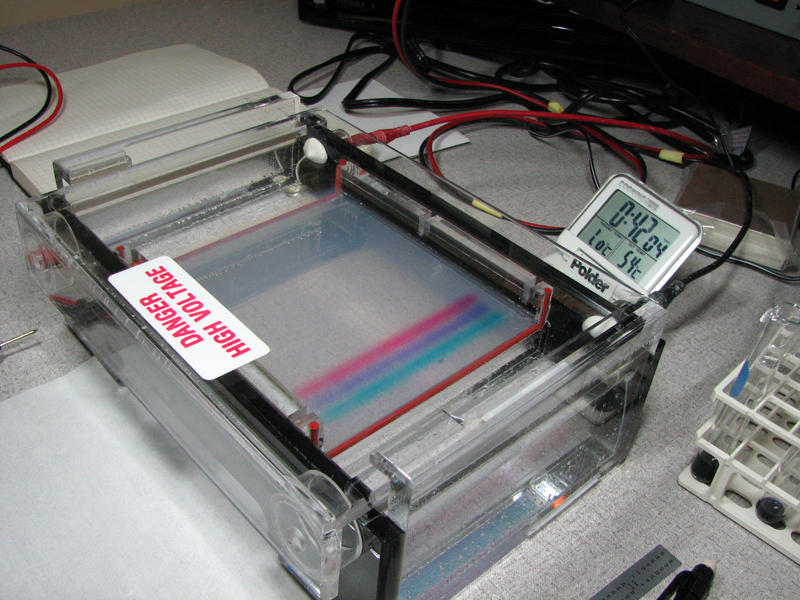 Furthermore, agarose gel is a 3D-matrix made up of helical agarose molecules, which aggregate into channels and pores. Still, its pore size is not uniform. Therefore, the results are difficult to reproduce. On the other hand, it is easy to handle and cast. Also, the agarose sets when the gel cools down. 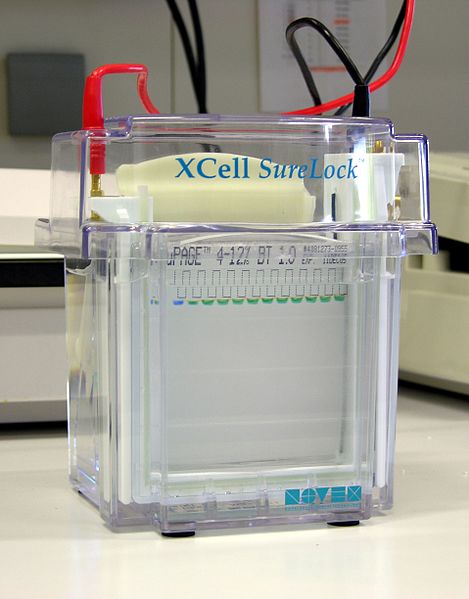 Similarities Between Agarose and Polyacrylamide

Difference Between Agarose and Polyacrylamide

Agarose is the main constituent of agar used, especially in gels for electrophoresis. Polyacrylamide is a synthetic resin made by polymerizing acrylamide. It is a water-soluble polymer used to form a stabilized gel.

Agarose is a complex polysaccharide derived from seaweed while acrylamide is made by the digestion of acrylonitrile by nitrile hydratase.

Agarose consists of many molecules, while polyacrylamide contains one large molecule.

Agarose sets as it cools while polyacrylamide sets through a chemical reaction once crosslinking occurs.

Agarose is a horizontal gel while polyacrylamide is a vertical gel.

Typical Concentrations of the Gel

Agarose gels are non-toxic and easy to handle while polyacrylamide gels give reproducible results.

Agarose gels do not have a uniform pore size while polyacrylamide gels contain a potent neurotoxin.